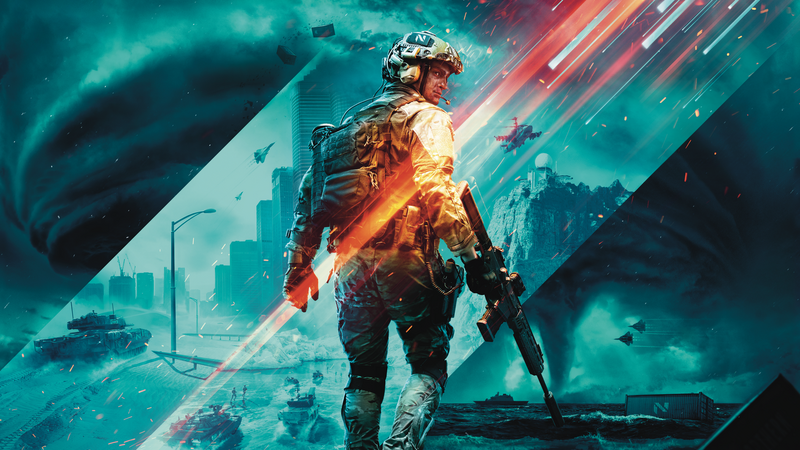 Top 10 Things To Know Before You Play Battlefield 2042 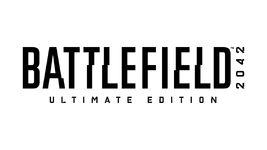 The next generation of fast-paced, intense warfare is nearly here. Battlefield 2042 puts players into a brand-new futuristic conflict that will change the way you play online. With huge-scale battles with 128 players, brand new maps, and an array of vehicles makes 2042 a truly unique Battlefield experience. The story is set in a world on the brink of war where international alliances have broken down and a huge portion of the global population has distanced themselves from their own countries. Instead, they’ve banded together as the Non-Patriated, A.K.A the No-Pats, and they’re torn between warring countries like the U.S. and Russia.
The Beta recently threw players into the firefight, teasing what to expect when the full game finally arrives on November 19, 2021. Although it kept the action in one map, it didn’t disappoint. So now that we’ve got hands-on with 2042, here are the 10 things you need to know about before you play.

Specialist Traits So who are the No-Pats that players are fighting as? Meet the Specialists. They’re a handful of characters based on different classes who come with their own unique trait, which can give players an edge over their opponents in a fight. Irish’s Veteran Trait comes with extra armor, while others like Webster Mackay have a Nimble Trait – allowing players to run quicker while aiming down their scope. Don’t worry, you can still customize your weapons loadout – but make sure you choose weapons that complement the Specialty and the Trait. There are ten specialists for players to choose from, so make sure you pick one with a Specialty and a Trait that suits your playstyle!

Specialists also come with a unique Specialty weapon that compliments their trait, and Webster MacKay’s is arguably the one which most players will get a kick out of: the grappling hook. After shooting the hook at a surface, the weapon will pull players towards whatever it is they’re attached to. This has a lot of potential to change the typical battles, as one player found out during the beta when they hooked themselves onto the rocket which takes off in the Orbital map… Other Specialists like Wikus “Casper” Van Daele come with a Recon Drone which can use EMP blasts, while Kimble “Irish” Graves has a Fortification System that comes with a deployable cover.

The action takes place in sprawling new maps across the world, which gives players rich new environments to battle in. The Beta threw players into Orbital, which takes place in and around a rocket launch pad. Battlefield 4’s Levolution feature returns in 2042, meaning that anything players do will permanently affect the environment around them — so if you want to blow up that giant rocket when it launches, you can. Or, you can make sure that it takes off safely. These kinds of choices will no doubt shape the battles across sprawling maps like Kaleidoscope, which is set among several South Korean skyscrapers, or Hourglass – which is a city in Qatar that has been swallowed up by the desert.

Okay, let’s talk about one of the biggest additions to Battlefield 2042, the destructive tornadoes and sand storms that sweep through the map. But if players get caught in a tornado (or a sand storm in the Hourglass map) they’ll be whipped up into the air, even if they’re driving one of the many vehicles in the game. It’s an innovative addition to the game which injects some chaotic fun to the action.

There’s a huge array of vehicles in the game, and you’ll be able to bring them into the fight using a call-in system that brings up a list of available trucks, tanks, and armored vehicles so you can hurtle around the map at break-neck speed. And yes, you’ll be able to jump into jets and helicopters too. Some of them come with manually controlled missiles, which are definitely useful in battle – but be careful, helicopters are an instant target for your enemies.

What if you’re going up against a sniper on the opposite side of the map but you don’t have a powerful enough scope equipped? Thankfully 2042 has included a new feature called the Plus System, which allows players to quickly change the attachments on their gun in the middle of a game. No need to respawn or jump into a menu to change your class – simply hold LT/L1 on Xbox and PlayStation or the T key on PC to bring up your attachment options and pick what you need. Although it might be best to find some cover first, so you don’t get your head blown off while you make your choices.

All-Out Warfare is just one of the major experiences in 2042, featuring both the Conquest and Breakthrough modes from previous games. Conquest is about two teams fighting for dominance over an open map, allowing for a perfect blend of tactics and action. But in Breakthrough, players have to capture a number of different sectors, which is guaranteed to put them face-to-face with the enemy team. You’ll be able to jump into a multiplayer lobby filled with real players as well as AI bots, or you can squad up with your friends just against bots. Of course, you can go in guns blazing by yourself to take the AIs on solo.

Are you feeling a little nostalgic? Don’t worry, Battlefield Portal has you covered. You’ll be able to fight across sandbox maps from previous Battlefield games like Bad Company 2, and Battlefield 3, while using all the weapons and vehicles from across different games as well as 2042. But more importantly, players can change the specific gameplay rules for their matches, like restricting which guns you can and can’t use – or even choosing to pit a team using World War II weapons against players using 2042 loadouts. It’ll be perfect TikTok material that’s for sure!

Battlefield 2042 allows for crossplay, meaning Xbox Series X/S, PlayStation 5, and PC players can all play together in the same lobby. And don’t worry, PS4 and Xbox One players will still be able to play together, but the lobbies will feature 64-player matches rather than the extended 128-player matches on next-gen consoles.

Battlefield 2042 is out now on Xbox Series S and Series X, PlayStation 5, and PC.