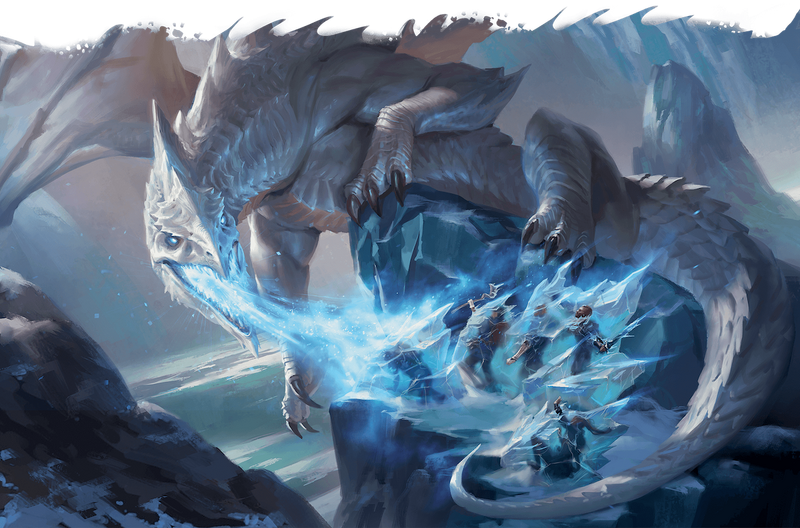 Love ‘Elden Ring’? 5 Reasons Why You Should Jump Into Dungeons & Dragons

Elden Ring is a dark fantasy roleplaying game from the makers of iconic franchises such as Dark Souls, Demon’s Souls, and Bloodborne. In Elden Ring, you’ll travel the Lands Between in order to search for the Elden Ring and become the Elden Lord.

But if you love going on epic quests and facing down fearsome monsters, there’s another game that will pique your interest: the tabletop roleplaying game Dungeons & Dragons (D&D). In this collaborative storytelling game, you and a group of your friends will create your own distinct adventurers and embark on quests run by a Dungeon Master.

Here’s a look at why fans of Elden Ring will enjoy D&D.

1. A robust combat system full of might and magic

What draws players to Elden Ring is the promise of a world that will do everything in its power to destroy them. Yet, through practice, grit, and leveling up, players can overcome any obstacle and prove themselves worthy of survival and victory.

The same can be said for D&D. The game has plenty of ways for Dungeon Masters to make the game more difficult for their players. If the party tramples over enemies in the room of a dungeon, the Dungeon Master can easily turn up the difficulty by putting more enemies in another room or filling a hallway with traps. The reverse is also true. If the party struggles session after session, the Dungeon Master can pull back the reigns by reducing enemies’ maximum hit points or making them less likely to land attacks.

But players are far from helpless. The class they play offers features that can make them powerhouses in and out of combat. The barbarian’s Rage halves the damage they take from certain attacks. The wizard gets access to destructive spells like the beloved fireball. And the bard can lock down enemies and buff their allies.

Players can choose from 12 base classes and easily jump into the game with help from the official digital toolset D&D Beyond. It offers guided character creation and digital character sheets with built-in dice rolling.

Take D&D’s black pudding, for example. This gelatinous creature melts through players’ weapons and armor. If that’s not enough, it can also see in the dark and is immune or resistant to a majority of combat conditions. Of course, if raw damage is all that’s needed to scare players into fleeing, there are dragons like this one.

3. Roleplay as your own complex hero

In D&D, you and your allies are the main characters of the adventure. If a notorious group of bandits threatens the countryside, no one is going to stop them but you. However, this doesn’t mean that you need only be good at swinging a sword or slinging spells. D&D is more complex than that.

When you create a D&D character, you’ll come up with a backstory for them, as well as their bonds, flaws, and quirks. These act as your guiding light in the game. When facing down a bandit brandishing a dagger, you’ll need to ask yourself how your unique character would react in that situation. Would you try to talk them down? Destroy them without asking questions first? Beat them into submission and turn them over to the local guard?

If character creation sounds daunting, don’t be intimidated. The game includes backgrounds you can choose from that can help you create a character that won’t just level up but also grow as an individual. If you want an entirely premade character, check out these characters provided in the Lost Mine of Phandelver adventure:

The greatest aspect of tabletop roleplaying games like D&D is that you get to share the experience of playing with friends. You’ll jump on a voice or video call or meet up in person to play. Because of this, each game session is filled with as much action as socialization. You’ll celebrate hard-fought battles together, laugh when your plans go terribly wrong, and even get emotional when your characters achieve lifelong goals or witness the death of a party member.

D&D offers pre-made adventures for Dungeon Masters to run for their players. Many of these adventures are set in the Forgotten Realms. But the game is flexible enough that you can run a game in any setting, even within the world of Elden Ring. The Dungeon Master’s Guide offers rules for creating custom monsters, weapons, and even spells.

If you’re looking to run a pre-made setting that will capture the horror of FromSoftware games, however, then Van Richten’s Guide to Ravenloft is a good book to pick up. It includes unique horror settings and monsters you can run in your game.

D&D is a massive game with dozens of books filled with premade adventures, player options, and Dungeon Master tools. But you can jump in with just the free basic rules offered on D&D Beyond. They include everything you need to create your first character and start running your first game.

When you’re ready to start collecting books, you’re sure to find something for everyone. Tomb of Annihilation is one of D&D’s deadliest adventures and great for players looking for a meat-grinder experience, while The Wild Beyond the Witchlight is more light-hearted and can be completed without combat.

For players looking to expand character creation options, look to the Player’s Handbook and Tasha’s Cauldron of Everything.