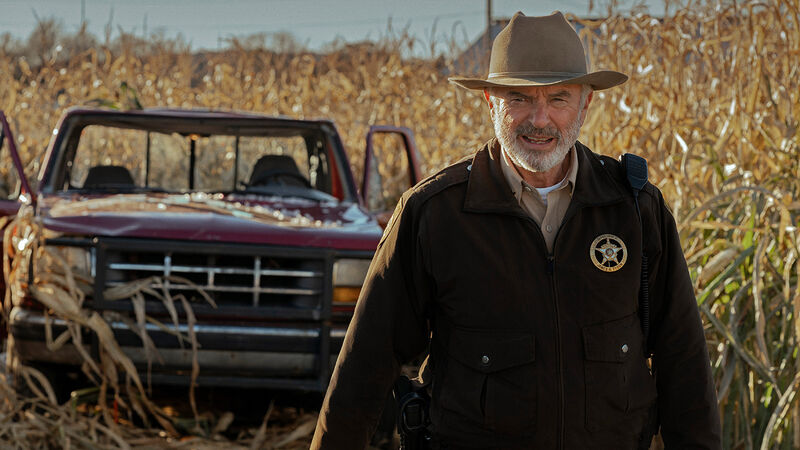 Invasion’s Aliens are Like Nothing You’ve Ever Seen Before

We’ve all seen aliens on screen before. Sometimes, they’re Alien-type insectoid creatures designed to evoke maximum horror; sometimes they’re kinda cute like ET – though you might argue there are some similarities looks-wise between ET and the Xenomorph. And then sometimes they’re humanoid, like the guys in Mars Attacks or Close Encounters of the Third Kind. The point is, we all have an idea of what to expect when an alien is revealed on screen.

However, in new Apple TV+ series Invasion, the aliens are very, very different, according to the show’s creators and cast. Fandom chats to co-creator and showrunner Simon Kinberg and actors Shamier Anderson, Firas Nassar, and Billy Barratt who each reveal some classified alien tidbits.

“The aliens are handsome like Brad Pitt,” jokes actor Shamier Anderson who plays US  soldier, Trevante Ward. At least we think he’s joking. We’re asking him to tease the aliens for us because the reveal unfolds slowly as the series progresses and we gradually begin to understand what they are. “Could you imagine, good-looking, supermodel aliens coming down? Doing the catwalk? Listen, I’ll say this. They’re not what you think. We’ve seen these cliché versions of aliens. And I’ll just say we’re gonna push that idea of what an alien looks like, or what an alien even does. What an alien even sounds like. I think that’s what makes the show interesting and different, and makes it special. You’ll definitely be able to see our version of what an alien is or what an alien means.”

The trailer gives a glimpse of what they’re about and that’s where Anderson points us: “There’s something in there I think, [where] you can see some idea of something.”

So far, so enigmatic. Billy Barratt, who plays schoolboy Casper Morrow in the series, shares his response to seeing the aliens for the first time: “Mind blown! I was like, ‘What is this? This is crazy.’” Really cool, and very scary, he adds. Perhaps Simon Kinberg can shed some more light.

“My favorite alien shows, movies, stories are ones in which the aliens don’t just show up and start blowing things up,” says Kinberg, who practically has science-fiction running through his veins as writer and producer behind a raft of sci-fi titles as well as many of the X-Men projects.

“They are ones that are probably more akin to what would really happen, which is: the aliens show up, and there’s a mystery to why they’re here, what they’re doing, what they are. And that mystery unfolds the way that most mysteries unfold in real life, which is slowly with clues that you have to follow, that you have to lean into, that science has to understand.

“We saw in a tragic way over the span of the last two years that science is not infallible when it came to COVID. We learned things that were constantly evolving and changing. That was a foreign entity in many ways, that was tragic and traumatic. So, I love alien stories like Close Encounters of the Third Kind, and Arrival; stories that are sort of slower-burn, character-y stories that make me feel like, ‘Oh, this is the way it would really happen, and this is the way people would really react’. So yeah, the aliens are different in our show than you’ve ever seen before, both visually, and in terms of their intent. And it’s based on as much scientific research as I could possibly do into something that has not yet actually happened.”

Leaning into what might really happen in an alien invasion scenario also means that Kinberg’s starting point is the human drama. Invasion is a show with an ensemble of characters who each have plenty going on in their own lives – enough probably to sustain a drama series for each of them, even without aliens thrown into the mix.

“What was really important to me going into the show was that the characters came first and foremost; that it was a character-driven, character-forward show that was intimate, emotional, dramatic, and that even without the aliens, you’d want to come back and watch these characters week in and week out,” explains Kinberg. “Because they have real problems, because they’re relatable, because you care about them, because you’re heart breaks for them, because you root for them. So, when the aliens show up, it’s like this magnifying glass on all of the problems and struggles of their lives, and it exposes things, it burns things up.”

It brings a greater intensity to all of the drama of their lives, and brings it into a spotlight, says Kinberg. “That was, for me, the concept of the series — to take characters who are from around the world dealing with problems in their personal lives, and to make all of those problems explode on to a much broader stage because of this massive thing that’s happening with aliens showing up in an unfriendly way.”

So does the alien invasion affect the way the characters might ordinarily deal with their personal lives and the situations they each find themselves in?

Firas Nassar, who plays Ahmed Malik in Invasion, says absolutely. Given that the cataclysmic events take his character and everyone totally by surprise, Ahmed doesn’t have a chance to think about what he should do, or plot out how he wants the drama that we witness in his life to unfold, he instead finds himself reacting instinctively.

“This invasion surprised the characters, [and affects] the way that they end up reacting to the whole thing,” says Nassar. “No one ever imagined such a thing, at least my character [didn’t]. I think that the fact that he was totally surprised [meant that] he didn’t anticipate the way that he reacted to a lot of stuff that’s been happening. He wasn’t prepared … so I think that it drew out a lot of surprising behaviours. That’s what we clearly see in the very first episode with [Ahmed’s] storyline.”

Shamier Anderson agrees that the alien invasion does alter how he would normally react to his personal circumstances.

“It questions his morals and ethics,” says Anderson of Trevante. “He was was a trained Navy SEAL Special Ops, and obviously with being in a position like that, there are fundamental principles that are ingrained into his system. And through this, amidst the chaos of this extraterrestrial invasion, he has to put those skills to the test, but also question what makes sense and what doesn’t, which we see throughout the entire series. He starts to question himself, he starts to even question his position as a US Navy SEAL and what that means, and wanting to be home and be with family. He’s trained to be fearless. And we see fear on that man’s face in every episode that we see him in.”

Whether we’ll feel that fear too as we watch remains to be seen but on the basis of what we know so far, the compelling drama will keep us hooked.

To hear from the cast and showrunner of another Apple TV+ sci-fi show, Foundation, click on the story below.