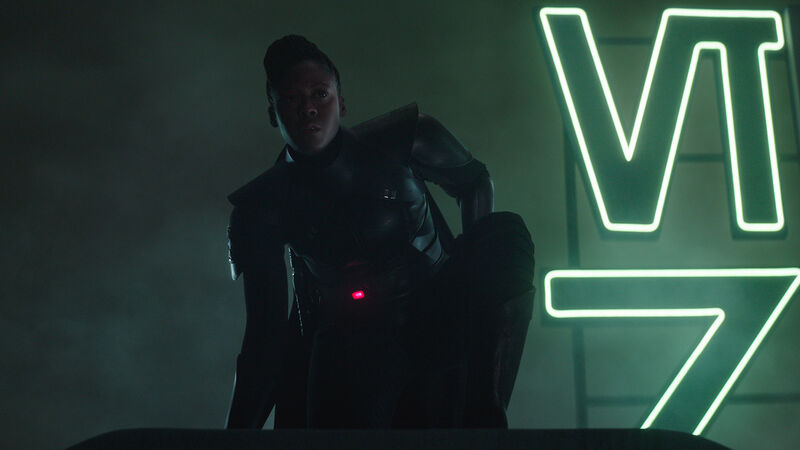 The Obi-Wan Kenobi series delivered its finale this week – and boy, did it deliver. For many of us anyway. We’re going to take a look at how fans responded to the episode’s story, revelations, action, and more but before we go on, this is your final SPOILER WARNING in case you haven’t seen the finale yet and want to bookmark this article to read later after you’ve watched the thrilling season denouement.

Following the excitement of Obi-Wan and Anakin/Vader’s climactic showdown in the first half of the episode, fans were curious to learn more about Reva aka Third Sister – and it was this page that hit a high of 490,661 visitors immediately after the episode aired, securing its spot as the #2 trending Star Wars community page.

We discovered during the series that Reva’s anger and apparent vendetta against Obi-Wan specifically, who she hunted aggressively in her role as an Inquisitor (Force-sensitive beings recruited by the Empire to hunt out Jedi who survived the activation of Order 66), was as a result of witnessing Anakin’s slaying of her fellow younglings at the Jedi Temple on Coruscant that fateful night ten years prior.

Vowing to slay Vader by tracking down Obi-Wan in order to gain favour from her boss and then stabbing him in the back made Reva a complex antagonist – and one who we saw redeemed after working through her feelings in conversation with Obi-Wan and saving young Luke Skywalker.

Some fans loved Reva’s arc while others were less convinced, with Wookieepedia community member Lost Jagger having the following to say: “Regarding the Reva plot, I personally wasn’t a fan to be honest. I had hoped she would remain an antagonist until the very end and believe episode 5 would’ve been a good, albeit tragic, end for her character. I suppose Reva’s story will continue in her rumored spinoff?”

Yes, there are whisperings of a possible spin-off, which could split Star Wars fans (so what’s new?) since there were as many that loved her character as those that didn’t.

Swatteam123 wrote, “I actually love the way Reva’s storyline wrapped up. She saw in Luke the innocence and good that was once in her and she couldn’t allow herself to become what she Vader. I’m curious to see where her character goes from her.”

Some felt that the series’ treatment of Reva wasn’t as it should have been, with many expecting and wanting her to have died either in the penultimate episode or finale. Vader leaving her alive and then her apparent quick healing and transportation capabilities left fans confused.

“I have questions about her story,” Chipazua wrote. “How did she get out while injured? The Empire doesn’t help her anymore, then who healed her? She was not just beaten, but stabbed with a lightsaber, a potentially fatal wound. Where did she get a ship to fly to Tatooine? How did she get there so quickly? There must be a mysterious friend here that we don’t know about … And I still think she should have died. Bleed out and die after bringing Luke back to the farm. It’d be a good death.”

Aragorn Skywalker Of House Stark, meanwhile, wrote, “Reva’s backstory is gripping but totally unoriginal and her survival of a lightsaber to the chest is frankly ridiculous (since when does Darth Vader leave his enemies alive?)”

Optimusprimebumblebee “Neo Astral-X” 123 was more forgiving: “I am impressed that Third Sister was still alive after getting stabbed Darth Vader. And I am impressed that she was able to fight Owen and Beru and run after Luke in her condition.”

Inquisitive About the Inquisitorius

It will perhaps come as no surprise that the #3 trending Wookieepedia page, following the interest in Reva, is that of the Inquisitorius, which jumped up the rankings as 464,184 of you headed to check out the Imperial order’s roster of Force-sensitive dark side agents and their history in the wider Star Wars universe. The Grand Inquisitor – played by Rupert Friend and making a surprise but very welcome reappearance – brings up the rear at #4.

Fans on a thread discussing the episode in the community, however, were frustrated that the Inquisitors didn’t get a lot to do.

Swatteam123 wrote, “The most noteworthy thing that the Fifth Brother did was complain about Reva’s actions. The Grand Inquisitor was incompetent for most of his limited appearances and the Fourth Sister was barely noticeable at all. The Inquisitors are much more noteworthy in the Vader comics and even in Rebels tbh (and for the Fifth Brother that’s saying a lot).”

Optimusprimebumblebee “Neo Astral-X” 123 learned something intriguing about the Inquisitors and the series makes them want to know more: “Interesting to know that Reva is the first Inquisitor to defect away from the Empire … Also what happens with the Fourth Sister since she doesn’t appear in Rebels with The Grand Inquisitor, Fifth Brother, Seventh Sister and Eighth Brother[?]“

Return of the Live-Action Quinlan Vos?

Jedi Quinlan Vos is another notable inclusion in the trending community pages at #5. First appearing in The Phantom Menace, Kenobi saw Vos’s name on the wall when Tala took him to the Path safe house – as one amongst a number of Jedi who had escaped the Purge. Fans of The Clone Wars animated series will know him well as a friend of Obi-Wan’s – they partnered up to find Ziro the Hutt together in that series. “I really hope we finally see live action Quinlan Vos, why should they mention him in Episode 3, if he won’t appear[?] He’s already part of Canon so it’s not that unlikely,” wrote Twi’lekDude66.

In the community’s discussion of the episode, most fans were united in their love of the Qui-Gon Jinn and Palpatine cameos, but were split over the Vader/Obi-Wan duel. Here’s a selection of the community’s other comments:

With Lucasfilm President Kathleen Kennedy recently saying she’s listening to the fans before making a decision on whether we’ll get a Season 2 of Obi-Wan Kenobi, alongside that Reva spin-off chatter, there’s every possibility we haven’t seen the last of some of these characters and every chance that some of the questions left hanging over the series will be answered.