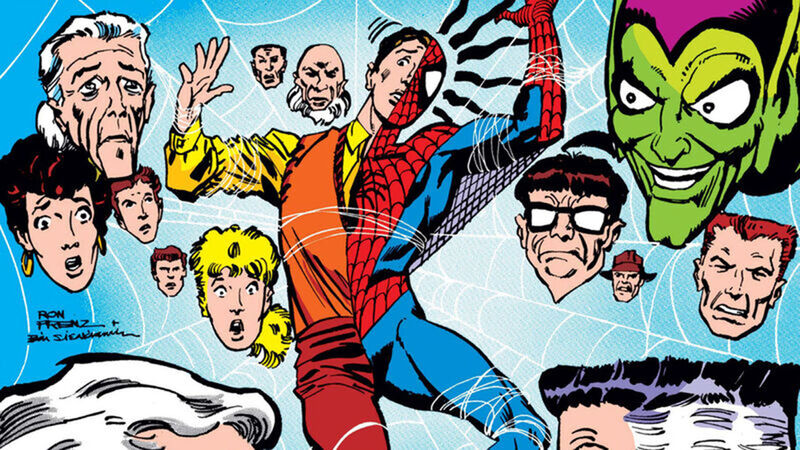 Read This: What If?

Thanks to Marvel Studios’ latest streaming series on Disney+, the world at large has been let in on a secret that comic book fans have known for years: alternate realities are the best. Marvel Studios’ What If…?, starring Jeffrey Wright as The Watcher, peeks in on other worlds where even the slightest change in events can alter the course of Super Hero history.

With so many MCU movies and shows so far, the show’s creators have plenty of jumping-off points to choose from. That was the same case back in 1977 when the original What If? comic book launched from Marvel. By that point, the beloved Marvel Comics shared universe had over 15 years of history under its belt and enough variants to take the series through to its 1984 conclusion with issue #47. A second volume ran from 1989 to 1998 racking up an additional 115 issues and the What If? name lives on today on comic shelves in the form of newly produced one-shots, along with reprint collections of the classic issues.

As more and more become curious about What If?, we decided to comb through our collections and call out a half dozen of our favorite stories from the various volumes over the years. All of these issues are available on Marvel Unlimited, the comic company’s digital comic subscription service.

What If Invisible Girl Of The Fantastic Four Married The Sub-Mariner?

The Invisible Woman and Mr. Fantastic have been the first couple of Marvel for so long (they got hitched in 1965’s Fantastic Four Annual #3) that it can be easy to forget that a fair amount of their earliest adventures revolved around not only fighting Namor, the Sub-Mariner but also wondering if Sue Storm would return his less-than-subtle affections.

In What If? (Vol. 1) #21, Bill Manto and the legendary Gene Colan explore what that relationship could have been had Sue ended up with the King of Atlantis and not Reed Richards. This tale is actually a sequel to the story from the very first issue of What If?, which wondered what would happen if Spider-Man joined the team, as he had attempted to do back in 1963’s Amazing Spider-Man #1. What If? #1 ended with Sue deciding to live in Atlantis alongside Namor, feeling unneeded by Reed and the rest of the team.

As this sequel issue picks up, we’ve jumped a year into the future, Sue’s pregnant with Namor’s baby, and things in the undersea kingdom seem to be going well. The same cannot be said for the FF, who are dead set on tearing themselves apart, mostly because Reed never fully dealt with the loss of the love of his life. Without spoiling too much, he and Johnny go way over the line and commit, well, what many might call war crimes. Manto nicely lays out the drama and Colan absolutely delivers on a moody, dark story featuring some of your favorite four-color characters.

What If The Fantastic Four were Bananas? (and Much More)

The fine folks at Marvel flipped the script with What If #34 from 1984. Instead of focusing on one dramatic superhero tale of what might have been, the company allowed their stable of creatives to have fun with the whole concept. The result is a series of mostly one- or two-page gag strips crafted by the impressive likes of Frank Miller, Fred Hembeck, Mary Jo Duffy, Tom DeFalco, Marie Severin, John Romita Jr., Roger Stern, Mark Gruenwald, Bill Sienkiewicz, and way more.

Free to be as silly as possible, you get questions like what if the Fantastic Four were bananas (as in the fruit, not their sanity), what if Black Bolt go the hiccups, what if Wonder Man were a woman and Power Man a girl (complete with a note from the Distinguished Competition), and a completely white panel wondering what if the Silver Surfer, White Tiger, Night Rider, Iceman, and Moon Knight fought Wendigo in a snowstorm. Jam-packed with jokes, this issue takes a nice dip into comedy, plus you get to see some true legends of the form testing their gag-crafting skills. They must have enjoyed the process because an ongoing humor comic called What The –?! Was launched by Marvel in 1988.

What If Captain America Were Revived Today?

Time is a funny thing for the Marvel Universe, which attempts to reflect the real world as much as possible but has then had to slightly adjust characters’ histories as the years go on. However, in What If (Vol. 1) #44, Peter B. Gillis and Sal Buscema wondered what it would be like if the Sentinel of Liberty were revived in the mid-1980s, when the issue was released, instead of the 1960s, as was still the somewhat accepted canon history of the character at that point.

However, the story first brings back the cryogenically frozen William Burnside and Jack Monroe — the replacement Captain America and Bucky from the 1950s — who wind up going down a notably dark path. They start with seemingly positive intentions, but that quickly is cast aside, as they begin supporting a fascist, racist political candidate who turns Harlem into a walled-off prison for black people.

It’s only after this that the original Cap, Steve Rogers, is found frozen in ice. Once revived, he’s furious at what has happened to the country he loves and vows to set things right, backed by a rebel group that includes Nick Fury, Spider-Man, and Sam Wilson. By the end of the story, the true Cap has given a stirring speech to the American public about working to bring back the ideals of the nation. Gillis and Buscema work perfectly together to deliver the loud and quiet moments of what truly is a must-read Cap comic that has become a touchstone story for the character, despite its alternate reality trappings.

What If Spider-Man’s Uncle Ben Had Lived?

Those familiar with Spider-Man’s origin story will remember that after teenager Peter Parker gained arachnid abilities, he tried using them for his own gain as a masked wrestler. When he refused to stop a criminal because he didn’t consider it his business, that same man later killed his Uncle Ben. However, with What If (Vol. 1) #46, Peter B. Gillis and Ron Frenz rewrote the Web-Head’s history by keeping Ben alive.

In this scenario, May dies at the hands of the thief instead, leaving Peter to still deal with his grief and guilt, but with a different parent figure guiding him. Ben figures out that Peter is Spider-Man very early on and confronts him, but still supports his decision to be the masked hero. However, Ben also makes some less-than-stellar decisions about Pete’s secret identity that completely change another dynamic in his life.

Very much a dramatic period piece with Frenz modeling his own style after Steve Ditko’s, this Gillis tale spends much more time dealing with the emotions at hand than web-slinging action, which captures the true nature of Peter Parker as both a person and a hero.

What If Spider-Man’s Daughter Became A Hero?

Long before Spider-Man became so closely associated with alternate realities in sweeping epics involving an entire Spider-Verse — both in comics and feature films — What If (Vol. 2) #105 came along and launched an entire universe! This Tom DeFalco and Ron Frenz issue introduced the world to May “Mayday” Parker, a high school student and child of Peter and Mary Jane Parker as the powers she inherited from her father begin to kick in.

While May learns the truth about her dad’s legacy, we get glimpses of this new world set about 13 years in the future of the then-modern year of 1998. The Fantastic Four are now the Fantastic Five and the Avengers include Jubilee and the kids of other heroes and villains. When a new Green Goblin threatens Peter, May dons Ben Reilly’s old costume and becomes the sensational Spider-Girl.

The one-off proved so popular and successful that Mayday scored her own series which kicked off later that year and ran until 2006. It has been followed up by Amazing Spider-Girl from 2006-2009 and 2010’s Spectacular Spider-Girl. Set in what became known as the MC2 Universe (Earth-982 if you’re curious), the series also spawned a number of spin-offs including Fantastic Five, A-Next, Wild Thing, and beyond. And of course, tying everything back together, Spider-Girl has also played a big part in crossover stories like Spider-Verse, Web Warriors, and Spider-Geddon, alongside an army of arachnid heroes.

What If Magik Became Sorcerer Supreme?

Things have always been tough for Illyana Rasputin. Her brother Piotr left her back in Russia when he joined the X-Men and became Colossus. Later, she spent seven years in Limbo, a hell dimension ruled by the demonic Belasco who forced her to learn dark magic. When her mutant teleporting ability manifested, she used it to go home, only to realize she had been gone for only moments on that plane. In the regular Marvel U, she has struggled with her time in that realm, but associated with the X-Men and became a confident supernatural warrior known as Magik. Things went a bit different route in Leah Williams and Filipe Andrade’s 2018 one-shot What If Magik Became Sorcerer Supreme?

In this story, Illyana’s use of magic to defend herself draws the attention of Sorcerer Supreme Dr. Stephen Strange who, after introducing her to pastrami, offers her a place to stay at the Sanctum Sanctorum and tutelage in the mystic arts, all of which she accepts. He helps her learn about the good side of magic and how to control the darkness inside of her, but creation magic eludes her because she was trained to destroy in Limbo. How will her training serve her when Belasco shows back up? Come on, we’re not going to spoil that!

Williams and Andrade craft a fun, exciting story about allowing yourself to grow and evolve while also dealing with trauma in a way that feels real and true. This alternate reality has not been any easier on Illyana, but thanks to Strange’s help, she has a different outlet for her feelings than her Earth-616 counterpart.

If these issues sound interesting, do yourself a favor and give them a read! Marvel Unlimited has all of these issues, plus dozens of others to pore over in your quest for alternate realities to explore. And, of course, you can keep up with Marvel Studios’ What If…? which drops every Wednesday exclusively on Disney+.