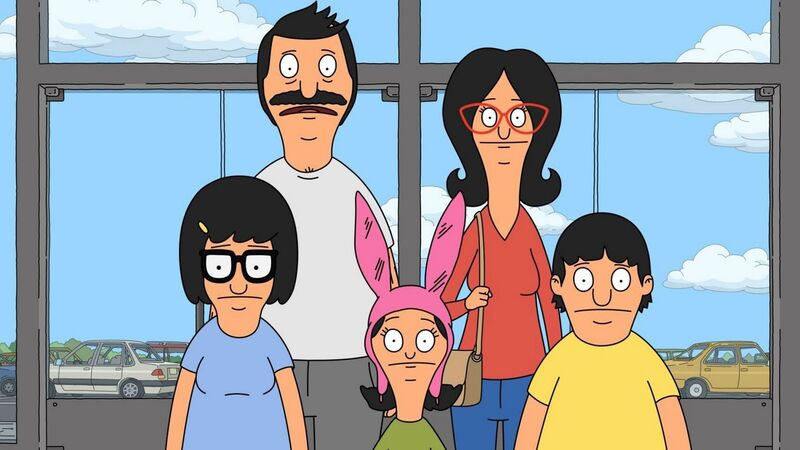 It’s no secret that Bob Belcher’s favorite holiday is Thanksgiving. It’s an entire holiday based around cooking. In the spirit of Thanksgiving and one of the most wholesome families on TV, let’s recall how the Belcher family has come to celebrate the holiday over the years.

The first Thanksgiving-themed episode ses the Belcher family pose as Mr. Fischoeder’s family in order to impress his former lover, Shelby Schnabel, in exchange for five months of free rent. Bob tries to keep the family traditions alive as he cooks in the kitchen, like playing football with Gene and breaking the wishbone with Tina. He gets drunk on absinthe and hallucinates his turkey, Lance, coming to life in a nod to My Neighbor Totoro. When Linda and the kids would rather spend their time committing to the role, Bob runs off with the turkey. Lance is shot by Shelby and the family mourns the loss of the turkey and ruins the ruse. The Belchers take what’s left of the turkey and celebrate the rest of Thanksgiving at home. In the end, the Belcher family realizes how much they actually like being with each other, even if they don’t get to save on rent money for a few months. After all, they are a family who grieves after a cooked turkey is shot.

Turkey in a Can

Tina tries to make her way to the adult table for Thanksgiving dinner. She tries to prove she is grown up by sampling different lipstick on her face, which internally freaks out Bob. With this, combined with some new medication and Gayle staying with the Belchers for Thanksgiving, Bob begins sleepwalking and unknowingly sticks the Thanksgiving turkeys in the bathroom toilet. Bob realizes that Tina is growing up, and Tina assures Bob that she’s still his little girl who still needs help. She accepts her father’s plea to not try to grow up too fast, and it leads to a family group hug. Time may change but the bond between the family is as strong as ever.

Dawn of the Peck

A parody of Dawn of the Dead, Linda and the kids choose to spend the day at the Wonder Wharf instead of staying home with Bob. Mr. Fischoeder and Felix organize a Turkey Trot that goes haywire when 500 turkeys, geese, ducks, and chickens are let loose from Wonder Wharf. Meanwhile, Bob tries to distract himself from missing his family and listens to Donna Summer. He eventually gives in and decides to make a Thanksgiving meal for himself and unknowingly enters the battlefield. So instead of sitting around a table, the Belchers, Mickey, Teddy, Regular Sized Rudy, and Andy and Ollie Pesto face off against the rogue poultry in a grocery store. Linda saves the day when she faces off against the alpha turkey and leads her family to safety, becoming the new alpha turkey. Linda is truly a fearless woman to clash against a flock of wild birds and live to tell the tale. When the family does sit down for Thanksgiving dinner, Bob and the rest of the family really show their love and appreciation for the matriarch. Linda Belcher is the MVM: most valuable mom.

After Gayle injures herself, Bob offers to go pick her up and her cat, Mr. Business. While he is out, Bob’s car gets snowed in and decides to drag Gayle back to his house with a kiddie pool attached to him; it is later revealed that she was not really injured and just did it for attention. This leaves Linda in charge of cooking Thanksgiving for the first time ever. The final Thanksgiving meal consists of green bean salad mixed with jelly beans, whipped cream instead of mashed potatoes, and a turkey that was sewn back together. Gayle and Bob may not see eye-to-eye most days, yet they came out of their snow trek adventure with a new admiration for each other. Gayle sees how caring Bob is for her and her cat, even when it is inconvenient to him. Bob appreciates being annoyed by Gayle because it means he has a family.

Right before Thanksgiving, Tina creates a holiday fan fiction turned musical called “The Quirky Turkey.” Louise and Gene use it in order to get out of Mr. Frond’s Thanksgiving play and get a half day from school. They plan a surprise ending that results in the audience being covered by turkey giblets and gizzards, which almost traumatizes the entire Wagstaff student body. Louise and Gene are selfish in their motives for the musical, yet Tina does not hold her anger over them. Instead, she saves her musical with an improvised song about self-acceptance. Louise and Gene did not get their half day from school since they had to clean up the mess they made. To them, it is worth it if Tina is able to share something she’s proud of and kiss Jimmy Jr.

In this Thanksgiving episode, Bob and the family help Teddy prepare to host Thanksgiving at his house and discover that Teddy is a hoarder. The Belchers are able to enjoy their own holiday feast before Teddy calls them panicking over the meal and hides out in a dumpster filled with his old stuff. Linda, with great insight, connects Teddy’s hoarding to his desire to fix the arguments between his parents when he was younger. She may have pushed Teddy too hard to give up his hoarding completely, and she sees how Teddy clings to repairing broken things. Real friends come through for each other, and even eat a second Thanksgiving meal together so they don’t have to be alone.

I Bob Your Pardon

The day before Thanksgiving, the Deputy Mayor Cunningham issues a ceremonial pardon to a turkey, Drew P. Neck. However, it is discovered by Tina, Gene, and Louise that the pardoned turkey is really being sent to a slaughterhouse, so the kids convince their parents to go on a rescue mission to save the turkey. Over the course of the rescue mission, Louise goes from being apathetic about Drew P. Neck to saving him from a pack of coyotes. The Belcher family are able to give the turkey a new home at the same farm where the double-butted goat lives. Louise has a harder exterior; she doesn’t like to show people that she cares. She is so affected by her time with Drew P. Neck that she pardons their Thanksgiving turkey before enjoying their feast. Together, they are willing to confront Cunningham, kidnap a turkey, and survive a car chase. Rescuing the turkey rallies the family to be more adventurous than they typically are.

Now We’re Not Cooking With Gas

Bob has gone intense over specific food items in the past but nothing like the Thanksgiving when he gets a Riverbrook Lake Farms heritage turkey. It also happens to be the year that the gas goes out and he resorts to making a fire in the alley to cook this turkey. Bob does everything it takes to cook this rare turkey and snaps at his family when they don’t provide the right kindling needed for the fire. Tina is really excited about her Thundergirls gratitude tree, but Bob nearly burns it for the sake of cooking Popcorn, his turkey. The moment before he throws it in the fire, he realizes how intense he is. His family means the most to him and for a minute, he was willing to put the needs of a turkey above his own daughter’s. Bob may have cared about his Riverbrook Lake Farms heritage turkey, but at the end of the day, Bob is a dad first and a cook second.

Diarrhea of a Poopy Kid

Gene is unable to enjoy the Thanksgiving meal after he gets food poisoning from some very old chicken parmesan found in the refrigerator. Instead of convening around a table, the Belchers and Gayle take turns telling him food-related stories based on 90s action movies, like Predator and Armageddon. Bob does not shame his son for giving himself food poisoning; instead he admires how much Gene loves food like he does. The family would rather sit on the floor in the hallway cheering up Gene than eat a fancy Thanksgiving dinner without him.

Stuck in the Kitchen With You

The latest Thanksgiving with the Belchers is spent in a retirement home. Louise gets roped into helping Bob make Thanksgiving dinner for the residents. This is meant to be a bonding time for Bob and his youngest daughter but eventually drives her away by going full “Thankszilla.” Meanwhile, Tina, Gene, and Zeke put on a parade after the communal TV breaks, and Linda tries to bond with Sergeant Bosco’s stubborn mother. Once again, Bob’s intensity over cooking the best Thanksgiving meal gets the better of him and drives a wedge between him and Louise. When Bob eventually apologizes to Louise, he confesses that he dreams that Louise and him could make Thanksgiving together in the future, creating new father/daughter memories in the process. Louise admits that she also wants that, too; in an older episode, “Carpe Museum,” she has mentioned that she would own the restaurant someday. Louise has always been a daddy’s girl, and their reconciliation at the end of the episode further solidifies how deep their bond is.

The Belcher Family Thanksgiving is usually marked by unusual circumstances that brings the family closer rather than drive each other apart. Whether they are entertaining each other with creative stories or facing down wild animals, they stick together and display what it looks like to be a family that sticks together.