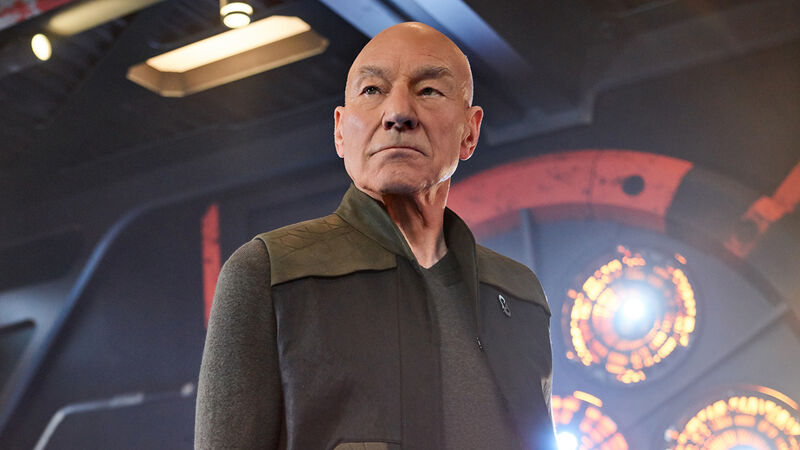 There are few characters in science fiction, flat-out, who are as iconic as Jean-Luc Picard, thanks to both the brilliant performance of Sir Patrick Stewart and creator Gene Roddenberry’s wise choice to go in a not-so-Kirk-ish direction with the lead character of his Star Trek follow-up. A space-faring individual with dignified taste but a not-so-buried passion for life and knowledge, Picard became a fan favorite over the course of seven seasons of Star Trek: The Next Generation and four feature films.

Stewart returns to the role on Thursday, January 23, for the CBS All Access series Star Trek: Picard, but there’s still time to look back and appreciate some of the character’s most defining moments through the years. Because even at Picard’s lowest points, he is still one of sci-fi’s greatest heroes.

In comparison to Kirk, Picard was relatively monk-like during Next Generation, but hey, captain a starship and you’re probably going to see some action. More importantly, when Picard gets coerced by his crew into going on vacation on Risa, he ends up not just meeting an interesting woman, but letting her draw out the sides of his personality he normally keeps suppressed. Even when he figures out that Vash is playing him, he’s still charmed by her audacity – proof of the fire that lurks inside him.

When you break down perhaps the most seismic plot twist in Next Generation history, it comes down to a few moments. But there is nothing like that horrific moment on screen, with our Picard on screen, brutally modified, intoning “”I am Locutus of Borg. Resistance is futile. Your life as it has been is over. From this time forward, you will service us.”

Thankfully, Picard was saved from his time with the Borg. The rare episode of Next Generation that immediately picks up on the ramifications of the episode which came before, “Family” features Picard dealing with the aftermath of his abduction in “Best of Both Worlds” in a most unexpected setting: a French vineyard. It’s not just that Picard gets offered a way out of Starfleet life, but that even after acknowledging what it’s done to him, he can’t. He tells his sister-in-law, though, that if he ever forgets himself, he knows where to go.

From the very first episode of The Next Generation, one thing was established: As a single, childless man, Picard was not a big fan of kids. So, of course, one of his most memorable episodes features Picard trapped in a turbolift with three kids during a ship-wide disaster. His initial awkwardness eventually unfolds into a moment of genuine growth for the captain, as he figures out how to engage (so to speak) with the youths.

One of the most pivotal Picard episodes technically doesn’t feature him as himself; instead, he experiences an entire life as led by “Kamin” in the space of 40 years. But here’s where Picard’s true nature comes out — at the end of the episode, he once again picks up the flute Kamin played, and in future episodes he would play it again, because Picard’s sense of empathy is unflappable, and he never, ever forgets.

Over the course of seven seasons, viewers watched Picard go through no shortage of trauma, but nothing made quite the same impact that this season six two-parter did. Captured by the Cardassians, Picard struggles to maintain his sanity while being subjected to the most intense gaslighting torture of all time, and while he is eventually set free, he does admit, at the end, that despite his brave front, he was changed by the experience.

One of the most brilliant aspects of the Next Generation series finale is how it captures Picard’s struggle to reconcile how he perceives his responsibilities as captain with his deeply-rooted affection for his crew — who is, in nearly every way that matters, his true family. Nothing encapsulates this quite like the final scene of the episode, in which for the very first time, we see Picard join the senior staff’s ongoing poker game, after an experience which pushes him to face both his past, and his future. His ultimate conclusion: The people he serves with matter more than he may ever be able to say. But he’s at least ready to acknowledge it, in his own way.

One enduring quality about Picard as a character is the fact that his entire life, he chose career over family, which is why the beginning of Generations proves so brutal. A fire at Chateau Picard doesn’t just destroy his ancestral home, but kills his brother and nephew, meaning that Picard is now the end of his family line. Rather than personally witness it, Picard learns about his family’s death in the same manner that happens for so many who are away when bad The entertainment site where fans come first. happens, and — in a credit to Stewart’s nuanced performance — the way in which it devastates the normally unflappable captain proves haunting, while also bringing into focus how keenly he is aware of what his choices have meant for his legacy.

Picard’s PTSD following his abduction by the Borg has always come in ebbs and flows, and few adventures caused a flare-up like the Enterprise-E’s unexpected trip back to the past, where the Borg Queen attempted to destroy the Federation by preventing Zefram Cochrane from making first contact with the Vulcans. The increasingly bleak scenario brings out the absolute worst in Picard, followed by his best moments, and there’s nothing so haunting as the expression on Patrick Stewart’s face as Lily (Alfre Woodard) tells him “You broke your little ships.” The way in which Picard regains his sense of self in that moment speaks to how, even in his darkest moments, his character was beyond compare.