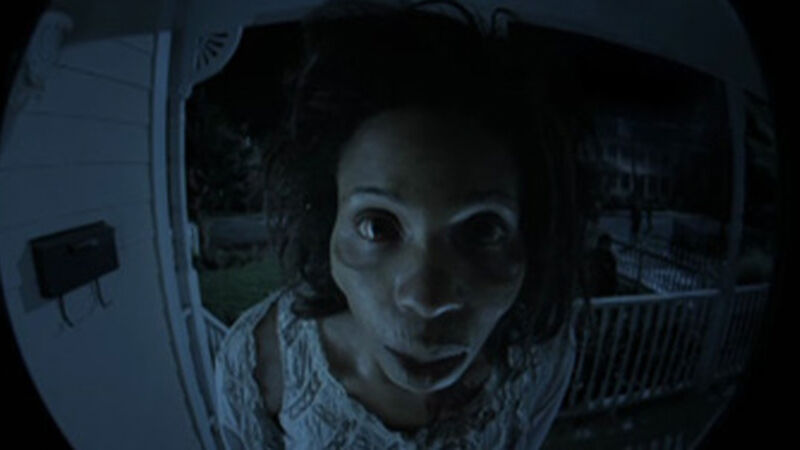 Why ‘The Walking Dead’ Is Bringing Back Smart Zombies

If it has always bothered you that nascent signs of intelligence among The Walking Dead’s walking dead didn’t make it past the first season of the show, you’re about to have that issue addressed. Season 11C – the series’ final eight episodes ever – will showcase walkers who “can climb walls and open doors”. So says Aaron before we appear to see said walkers doing exactly that in a new nostalgia-laden trailer that premiered in Hall H at this year’s San Diego Comic-Con.

We had a taste of such walkers at the end of spinoff series The Walking Dead: The World Beyond, which also revealed that the zombie outbreak began in a French laboratory. In a post-credits scene, we watch a scientist viewing a recorded video message from Dr Jenner, who we first saw in Season 1 of The Walking Dead. In his message, he mentions “variant cohorts”. The scientist is shot dead by a man after he enters the room to question her about her role in the outbreak. She transforms almost instantly after the fatal shooting and exhibits greater speed, rage, strength, and possibly intelligence than the Walking Dead’s regular walkers.

In response to a question at the San Diego Comic-Con press conference for the show about how the characters will up their game in the face of the enhanced threat, The Walking Dead showrunner, Angela Kang, said: “With the walkers, in some ways, it’s a throwback to some walkers we saw back in the very first season of The Walking Dead.”

One such walker was Morgan’s wife, who we saw attempting to open the front door of the house she once shared with her husband and son.

“Not everybody encountered those walkers,” continued Kang. “It’s almost like it was a variant that just was regional. Anytime there’s a change to the rules, that means that our people just need to be that much more on their game because they’re realizing that the methods that they use to survive don’t quite work the same way. And so our survivors, being very, very smart, they’re going to try to adjust to that — but that will just be one of many of the conflicts that they’re dealing with in the final episodes.”

Making reference to the zombies we saw under Frank Darabont’s tenure, and classifying them as regional variants, is a smart way to bring things full circle at the same time as satisfying a long-held fan quibble. It’s a signal that the show is doubling down on its focus to tie up loose ends and address ‘plot holes’ – cemented by the announcement that a six-part addendum to the series will air next year to bring closure to the story of the errant Rick and Michonne.

Still no conclusive word on Corey Hawkins’s Heath, though – who disappeared under mysterious circumstances way back in Season 7 and for whom a comeback has been teased on and off over the intervening years. Kang has previously confirmed that Jadis traded Heath with the Civic Republic Military (CRM), a shady organisation gathering humans as test subjects for their research into reanimation and to whom Jadis brought Rick as a ‘B’ subject. We’ve had hints at Heath’s fate as a captive of the CRM, but the character wasn’t addressed directly this year at Comic-Con and we haven’t had a definitive word on his fate. Perhaps we can assume we’ll get some satisfaction here given the efforts the team appears to be applying to wrap up things agreeably and bring closure.

The Walking Dead special makeup effects supremo and executive producer Greg Nicotero said that there has been a lot of pressure to stick the landing.

“It’s definitely a challenge,” he said, citing shows like Game of Thrones which had eight seasons of ten or fewer episodes each, and Breaking Bad which had five seasons, for comparison. Nicotero implies that those shows didn’t need to change in the way that The Walking Dead did, simply by virtue of the fact that The Walking Dead has substantially more story to tell in its 11-season format.

“I mean, [we’ve had] 11 seasons, so our story — we continue to evolve. The story really did change. You know, the exciting thing for me after Season 1 is that I’m like, ‘Okay, finally, everybody else catches up to me and realizes how cool zombies are’. I grew up in the George Romero world where Day of the Dead and Dawn of the Dead… that was sort of like my gospel. [TWD Season 1 executive producer] Frank Darabont used to say that the show was always about survival. He had always wanted to do a zombie apocalypse story. We had talked about something years before The Walking Dead, the comic book, even came out. So it was a match made in heaven.

“The show certainly has evolved since then, but we definitely felt like we had an obligation to make sure that we stuck the landing and that was very prevalent in our thinking. We can’t screw this up because all eyes genuinely end up on the last episode. You know, you could talk about … all these great shows that we love. And most of the time, the historical relevance of the show was judged on the last episode. So we really struggled and agonized and buckled in to make sure that it served the fans of the show.”

The Impact of Not Knowing the Comic Was Ending

Some fans are concerned about how The Walking Dead can truly end on a satisfying note in the knowledge that various spinoffs are on the horizon. There’s the six Rick and Michonne episodes announced at SDCC, which Gimple describes as a “love story”, of course.

But there’s also long-running original spinoff Fear the Walking Dead which recently finished airing its seventh season; the Maggie and Negan New York-set series, Isle of the Dead, which is currently filming; plus there’s a hint of more from Daryl and Carol’s story (no longer in the form of the previously announced spinoff series), as well as upcoming anthology show Tales of the Walking Dead. This series will tell one-off stories about never-seen-before characters and includes a prequel episode telling more of TWD villain?Alpha’s tale, with Samantha Morton returning to the role. ?

The Walking Dead Chief Content Officer Scott M Gimple had this to say by way of reassuring fans that they’ll get the ending they’re hoping for: “The finale is about leaving The Walking Dead story, not setting up spinoffs. There’s room for those spinoffs. But … The Walking Dead finale concludes the story of these 11 years and we didn’t want the spinoffs to get in the way of that. They live together very nicely.”

Gimple suggests that the spinoffs came out of the “assumption that we would … go for a while, and things change.”

Indeed, Nicotero revealed that the news that the comics had ended came out of the blue to them. “I think it was like ‘Oh, by the way, the comic’s over.’ I think we were on set one day when [it was announced] it’s done — and that’s how they ended it.”

“I think the goal is that even if there were no spinoffs, it would feel like there is a closure to the show,” added Kang. “The show itself needs its own ending. But doors are left open as they so often are in life, and as they were even in the ending of the comic. There’s always a story that’s continuing once the story that you tell on screen has ended.”

For those who love the show’s nods to classic zombies, you’ll be delighted to learn that those aren’t finished yet. In the finale of Season 9, Nicotero memorably weaved in a tribute to a classic Return of the Living Dead zombie seen in the clip above. He teases more to come in the show’s final episodes.

“There’s a couple coming up,” says the zombie fan. “Probably the premiere, there might be one that might be a little obvious, but it’s fun. It’s my way to pay tribute to the genre that I love. I feel like we’ve done every tribute Walker that we can think of … but it’s just my way of being able to tell the fans that we’re on this experience together.”

Well, that’s something fans of the series can look forward to – some sweet moments amid the bitterness of the show we’ve loved biting the big one bidding us adieu.