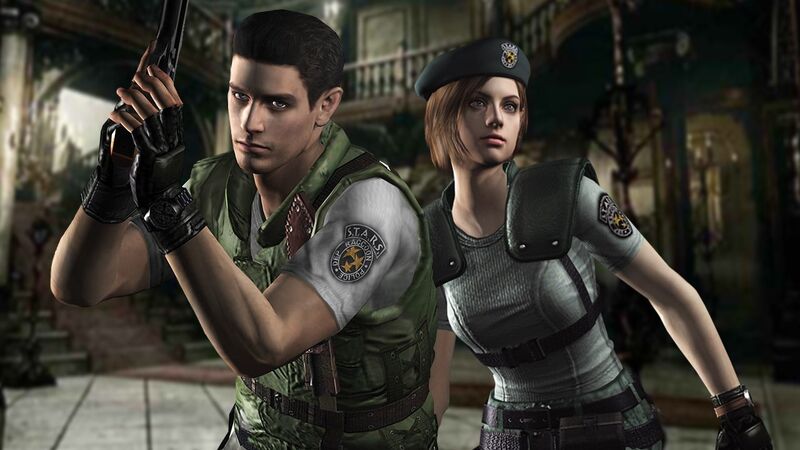 The 2002 remake of Resident Evil (“REmake,” to the fanbase) may be the only update of a game that completely supersedes the original. Don’t get me wrong, I love and respect the 1996 classic, but the remake includes everything it does and more.

Amazingly, after 20 years, not even Capcom has been able to top REmake. It’s the closest thing to perfect that a remake can get. Even the fantastic Resident Evil 2 remake from 2019 had some issues (namely a lackluster second scenario), and don’t get me started on the聽Resident Evil 3 remake.

Looking at the two games, it’s hard to believe they were made only six years apart. Capcom replaced the low-res character models and backgrounds with visuals that are just as impressive today as they were when they hit the GameCube. Expert use of light and shadow makes each dusty room of the mansion come alive in a way that its original incarnation couldn’t.

Even today, exploring Spencer Mansion and the surrounding area is an eerie experience. The creepy, discordant soundtrack blends with the creakiness of the mansion to make even rooms free of enemies tense. I’ve played through this game probably 15-20 times on various platforms since its release, and despite knowing where each enemy and item is, the hair on my neck still stands up when I’m exploring REmake’s version of the mansion.

There’s also a shocking leanness here. Every location in REmake is essential and serves some purpose. Visiting every room isn’t required in the game, but each of them contains an item or a puzzle that can assist the players in their plight to escape. In addition, the new areas have been woven so deftly into the mansion’s design that it feels like they’ve always been there. In fact, it always feels weird to me when I play through the original game, and the door to the graveyard is missing from the lobby.

REmake also ups the ante with zombies. These foes are emblematic of the series, but by the time Resident Evil was being remade, fans had mastered fighting them. In the original game, zombies were tough but slow, and players could kill most of them with little risk. However, zombies got a new stage in their life in REmake: the Crimson Head.

If players kill a zombie in REmake, it will gradually undergo a process called V-ACT. Once the transformation has occurred, they revive with increased speed, stamina, and strength. Their metamorphosis doesn’t just make them heartier, though. Their skin turns red, and their fingers and toes develop wicked claws. They were a huge surprise to those who thought they were Resident Evil veterans as it turned how players handled zombies upside down.

Players could prevent downed zombies by burning the bodies before they had a chance to change. However, that’s one extra inventory slot that had to be occupied by the Fuel Canteen (two for Jill since she had to carry the lighter). So, Capcom flipped the script. Now, players were sometimes LESS safe if they killed an enemy. This new evolutionary cycle for zombies made the balance between resource and inventory management and safety that much more precarious.

We also got a new major character/enemy in the form of Lisa Trevor. The Resident Evil games are now known for having one particular creature that pursues the character throughout their adventure. However, the original didn’t feature a Mr. X or Nemesis figure. That changed with the introduction of Lisa.

Lisa is one of the saddest parts of Resident Evil lore. She was the daughter of the architect that built Spencer Mansion and was kidnapped and experimented upon for years. Umbrella tested practically every bioweapon they developed on her for almost three decades. Ultimately, Umbrella tried to dispose of her when she finally became too much of a hindrance (she had a penchant for ripping women’s faces off and slapping them onto her own). However, she survived and lived in the Arklay Mountains until the t-Virus outbreak in the mansion.

There has been debate on which creature is strongest in the Resident Evil series, and Lisa is a powerful contender for the title. When confronted by her, all players can do is run. She’s nigh indestructible, but the sad part is that she still retains some of her humanity. She roams the mansion grounds trying to find her mother, who was killed by Umbrella decades before the game even started.

Making the audience empathetic to a monster is far from unique. Mary Shelley did it all the way back in 1818 with Frankenstein. However, it’s been a relatively rare trope in survival horror. Even within the Resident Evil series, we never learn (or are encouraged to care) about who Mr. X or Nemesis were before their bodies were used to make bioweapons. Lisa’s creation greatly reinforced Umbrella’s evil and made the fight against them that much sweeter.

Since RE2 and RE3 remakes were released, fans have speculated on another remake of the original game. Despite my love for REmake, I would love to see another interpretation of the Spencer Mansion incident. I loved the new perspective on Raccoon City we got to see recently, and it’d be incredible to explore the locations from the original game from that viewpoint.

However, of all the “classic” Resident Evil titles, REmake is the one that best stands the test of time. It’s one of the few genuinely timeless games and is just as thrilling now as it was in 2002.