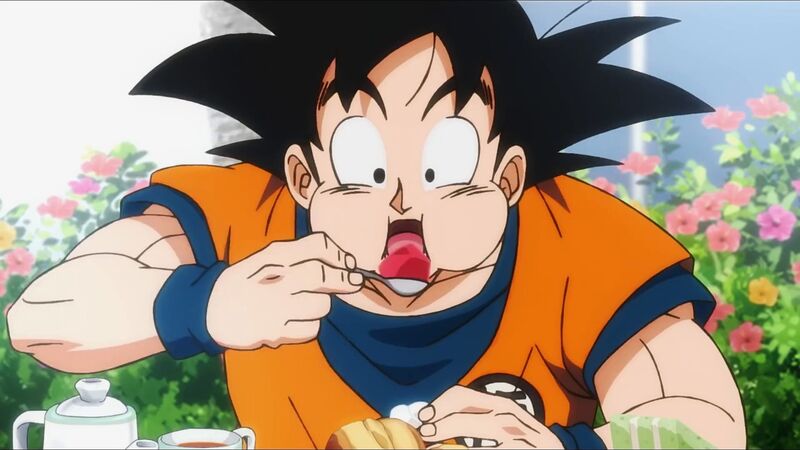 Looking for your next favourite series to dive into? We’ve got you covered with our binge-able anime guide! Not only will we give you some gripping shows to get lost in, we’ve also got the perfect pairing of food and drink to go with them. Our list of shows is perfect for newcomers and long-time fans alike. It’s inspired by some of the characters’ voracious appetites and the food they love to snack on, even when they’re defending humanity! Let’s take a look.

We’ll start off with one of the most famous long-running anime shows, Naruto. With magical ninjas trying to prevent a global war while battling rogue fighters and nefarious secret organizations – it’s a riveting adventure. There’s also the problem of demonic spirits being held inside a select few ninjas who have an incredible reserve of elemental chakra powers. If we’re including Naruto and its sequel series, Naruto: Shippuden?— there’s an impressive 720 episodes to get through. That’s one long binge! Watching Naruto constantly visit the Ramen Ichiraku restaurant in the series is definitely going to work up an appetite, so keep up your own strength with some Spicy Chicken Ramen. This delicious noodle soup will keep you fully charged while you watch Naruto on his quest to become the strongest ninja in his village. Why not wash it down with some lemon tea!

One of the most gripping anime shows we’ve ever come across is Death Note. It boasts a fascinating concept, exploring what would happen if a person could kill anybody in the world by simply writing their name in a mystical book with godlike powers. Guided by a God of Death called Ryuk, Light Yagami vows to rid the world of violent criminals using the book — only to become seduced by its power. Part supernatural thriller, part detective-mystery — Death Note is a stunning series that fans won’t be able to stop watching. But what’s our go-to snack for the horror-tinged series? Well since Death Note’s mysterious private investigator known only as ‘L’ loves his sugary snacks, it only seems right to treat ourselves to a desert. How about the Oreo McFlurry? Obviously Ryuk loves his apples, but that creamy chocolate biscuit combination is too good to resist, especially when L is munching on bowls of pistachio ice cream during his investigation into the death of Light’s victims.

How about an exciting tale of superpowers and fighting for freedom in giant mecha machines? Welcome to Code Geass: Lelouch of the Rebellion. The show follows Lelouch, a young student who joins a group of freedom fighters called the Black Knights to free Japan from the oppressive Britannia regime. An immortal woman named C.C. is the one who gives Lelouch his Geass ability to command other people simply by looking at them. C.C.’s Geass power lets her unlock powers in other people just by touching them, which is why the Britannia empire has branded her as a terrorist since she’s a major threat to them. Once Lelouch starts working with C.C. and the Black Knights, it’s only a matter of time before the two quickly become friends. She even uses his credit card to constantly order herself pizza, which is definitely going to make your stomach grumble. So to keep up with the immortal’s appetite we’d recommend a veggie pizza topped with mushrooms, peppers, pineapple and onion. Sit back with a bottle of mineral water (in case those peppers are too hot) and watch some giant robots help dismantle the Britannian army. Just make sure you use your own credit card, unlike C.C.

What better anime series to get addicted to than Dragon Ball Z? With numerous seasons, movies, and games it’s an explosive adventure through the cosmos boasting some truly epic battles between good and evil. Dragon Ball follows Goku as a child, while Dragon Ball Z, GT, and Super all follow his journey as an adult. The first series of Dragon Ball sees Goku and his friend Bulma seek out the seven Dragon Balls which would let them summon the mystical dragon, Shenron. Shenron can grant any wish from the person who assembled all the Dragon Balls. Well, we’d wish for some delicious snacks right now because this list has made us seriously hungry. Long-time fans will know Goku has the most insatiable appetite in the universe, but to be fair he needs all that protein to keep his strength up to fight the Red Ribbon Army and Mercenary Tao. But if seeing Goku chow down on all that food makes your mouth water, we definitely recommend a 10 piece bucket of crispy fried chicken to keep up with the Saiyan.

Getting the munchies from all this anime food talk? You’re not alone, so check out foodpanda to find your ideal meal to match with the perfect anime.