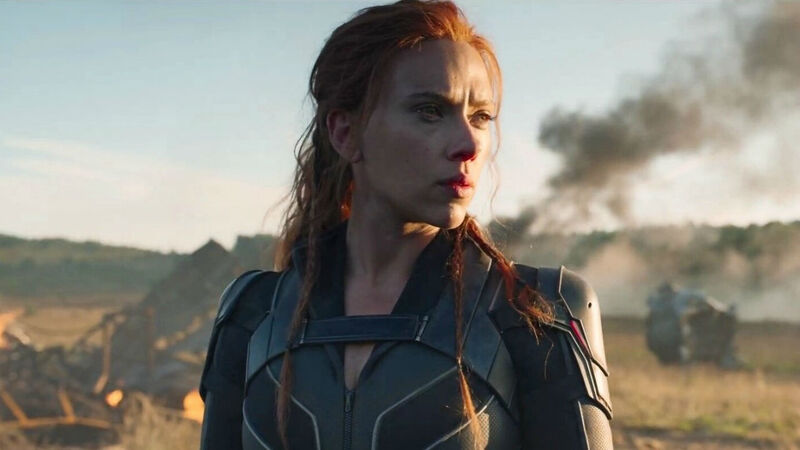 Could Black Widow Cut It As a Real-Life Spy?

Sure, she can kick ass. She’s purported to be one of the most talented spies and assassins in the world, according to comic-book law. But would Natasha Romanoff be any good as a spy in the real world? With prequel movie Black Widow diving into Natasha’s background and poised to hit screens, we chat to ex-CIA operative Jason Hanson, now a best-selling author of books advocating and teaching spy skills to help ordinary civilians excel at life, about the former Red Room trainee turned Avenger. Using evidence from the back catalogue of Marvel Cinematic Universe movies, Hanson assesses Black Widow’s abilities as an espionage ace. Spoiler: she’d make a better secret agent than us (but maybe not as good as James Bond).

“Yes,” offers Hanson as the simple answer to the question posed in the title of this article. “Because there are different types of people in the intelligence world and the spy world. You have your very dry-cut people who are very by-the-book, who don’t do anything wrong and always obey the rules. Then you have people that are a little more out there. They’re willing to take risks, they’re a little crazier, and you need those kinds of people. So, she would be good because she’s fearless. She’s not afraid of taking risks. She’s not afraid of putting herself in very dangerous situations. And she’s also ruthless. And you’ve got to have those ruthless, heartless people.”

She certainly doesn’t hesitate, though heartless might be a little off the mark given her affection for both Hulk and Hawkeye, and also the small matter of her willingness to sacrifice herself on Vormir for both Barton and the greater good. But we get it. When it comes to enemies, she doesn’t stop to consider their perspective, that they might have loved ones, or whether they might just be having a bad day. Hesitate, or show vulnerability, and you’re dead – or at the very least majorly compromised — and Romanoff understands that.

Ability to Keep a Low Profile

So she’s got the requisite fearlessness. What else does Romanoff have that makes her an effective intelligence operative? Beauty? Surely her good looks would work against her, making her less able to blend in. Let’s face it, good looks is a quality most of the Avengers have going for them and they’re all a far cry from incognito. We asked Hanson whether attractiveness was a good or bad attribute. He starts by saying that keeping a low profile is imperative, but looks can be a boon and it’s something else about her that actually works against her.

“Real spying is a lot of hard work,” says Hanson. “A lot of behind the scenes [stuff]; it’s casing cities, it’s looking for meeting areas, a lot of it is mundane. So, the fact that she’s, you know, out there fighting 15 guys at once and doing crazy stuff like that, that would obviously not be good in real life, because you don’t want to draw attention to yourself.”

Oh dear. But to be fair, we’re probably talking more post-spy Natasha here, after she has become a non-secret member of the very visible Avengers.

“But she could dress up like a normal person,” says Hanson, addressing her standout looks/superhero costume. We have seen Natasha within the MCU change her appearance, including her hairstyle and colour, showing that she’s adept at switching her look up or down. ?“The fact that she’s attractive helps because men are idiots all over the world. So they’re going to fall into honey traps with attractive women. So I wouldn’t say that [good looks are] a bad thing because many government agencies, such as the Cubans, such as the Russians, still use beautiful women to try and lure Americans, British, different people. So an attractive woman still works very well in the spy world.”

Though we might have issues with exploiting women’s looks on screen, it seems they have no such qualms in the realm of espionage.

Hanson cites evasive driving, shooting aka weapons handling, and fighting as skills a good spy needs to be trained in: “That way, if things do go wrong, you know how to handle yourself; in the real world, that’s all always the option of last resort, you hope you never ever have to use any of that.”

“I had to draw my gun on more than one occasion,” says Hanson. “I never had to use it, thankfully. So I’ve never had to shoot anybody and pray I never have to. But I was grateful for the training I have. So that if I have to use my gun I know how to use it. One time in my life, I was almost carjacked, but thanks to the evasive driving training, I was able to avoid that carjacking. So I was thankful for those skills that I learned.”

Despite some argument among fans about Romanoff’s aptitude for weapons handling as evidenced in the earlier films, Hanson adds, “Natasha has no problem fighting five guys at once. And they do great choreography to make those scenes exciting. So I would say she is very good at weapons handling and has no problem taking care of business if it comes down to that … In the latest movies, Marvel has made her a deadly threat and assassin, so she can handle their weapons very well.”

While the ability to fight and get yourself out of hairy situations is important for a spy, the main attribute a secret agent needs is charm — in spades.

“You need the ability to talk, the ability to socialize with everyone, the ability to walk into a room and charm the pants off of whoever your target is,” says Hanson. “So it’s much more about persuasion skills than it is about fighting skills. The fighting skills are what make the movies look cool and entertaining. But you’ve really got to be suave, you got to be like James Bond in a way, where it doesn’t matter if you’re talking to a billionaire or a terrorist, you can charm the living daylights out of them.”

This is where Black Widow falls down, according to Hanson. She lacks the required restraint and charm, and the ability to talk to people before whipping out the weapons. She can, however, manipulate and does put this skill into use to trick Loki in The Avengers, seen in the clip above. For Romanoff, it would surely be fairly easy to work on her charm.

The Art of Subtlety

He adds, “In the spy world, if you are using your gun, if you are fighting, that means something has gone wrong. And so in the real world, you want to be able to walk into a room, take care of business, and leave, and basically be a ghost where nobody knows you were there.”

The Cost of Kitting Her Out

The question of how much it would cost to train and equip a spy like Natasha Romanoff comes up.

“I know the US government, between getting your top-secret security clearance and training, spends hundreds of thousands of dollars on people. I don’t know the exact number [but] it would cost six figures,” says Hanson.

And what equipment would she need in her real-life spy kit?

“It all depends on where she’s at,” says Hanson. “You know, if you’re in a normal city, you’re not going to be having guns on you and all this equipment because you’ve got to blend in. If you get pulled over by the cops on a regular city street in some European country, you can’t have a ton of gear on you. If you’re in a warzone, like Iraq or Afghanistan, then, of course, you’re gonna have rifles, pistols, all types of guns. So it really comes down to the training [being] the most important thing, like surveillance detection, situational awareness… versus having 50 pounds of gear on you. But, she’s in a war, she’s going to need an AR-15. She’s going to need a handgun — a Glock, or whatever. She’s going to need her comms gear, radios, and that kind of stuff.”

Were Natasha Romanoff alive in another timeline and looking to get out of the spy game, Hanson reckons she’d make an excellent mercenary. And there we were thinking she could use her transferable skills to do something a bit slower-paced, like gardening or similar.

“She could be a gun for hire. That’d be a good job in the private sector,” says Hanson. “Private contractors would love having her skill set. Big corporations could hire her to work in security for problems they’re having overseas. But she’s not really too good of a people person yet. So I see her working in some kind of private contractor work.”

Which is basically what she does as a member of the Avengers, but it’s good to know she could make an honest living in the real world if she chooses.

Black Widow hits screens on July 9. Jason Hanson’s book Agent of Influence is packed with tips on how to use spy skills to persuade anyone and is available to buy now.

Black Widow hits cinema screens internationally on July 7, and Disney+ Premier Access on July 9. Read our exclusive interview with Loki‘s head writer, director, and cast to find out what they had to say about the show’s time travel elements by clicking on the link below.