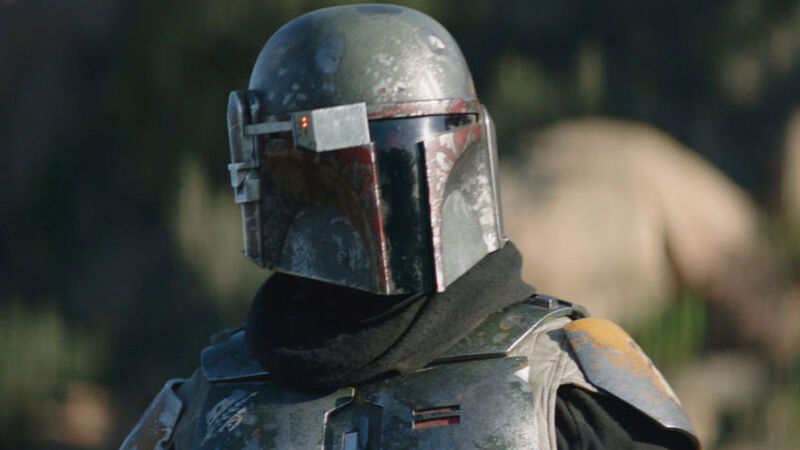 “It’s not the sort of life that suits everyone,” says Greg Overacker. “It’s scary. It’s dangerous. You can be away from home for weeks at a time. There comes a time where you just get sick of living in hotels and never seeing your loved ones. But I was a young guy who wanted adventure. I wanted to see things outside my town. And being a bounty hunter offered me that…”

We’re chatting to Overacker ahead of the release of new Disney+ series The Book of Boba Fett, which explores more of the popular bounty hunter’s story. These days Overacker splits his living between running his New York-based process serving business – serving subpoenas, summons and the like – and as a private investigator. In recent years he’s also worked for the non-profit Private Investigations for the Missing, an organization that provides families with qualified, expert investigators in the hope they might successfully locate the missing or bring some form of closure for those that are left behind.

The foundation was established by Bruce Maitland, whose 17-year-old daughter Brianna went missing in 2004. “It’s an unfortunate reality that police have limited resources and time, and private investigators can sometimes get answers from people unwilling to speak to police. It’s also an unfortunate reality that the costs of private investigators are beyond the ability of most of us to afford,” says Maitland. Overacker has been trying to locate Brianna or find out what happened to her for the last 17-years.

But for a time there, Greg was out on the road. If you needed a fugitive or criminal bringing in? Greg was your man. A real-life Boba Fett you might say! Hardly. It was courts he’d be collecting bounties for. Not nefarious types like Darth Vader and Jabba the Hutt. “I conducted myself well,” he says. “But there were guys that did not. And that’s where the business really gets a bad name. There are guys in the business that absolutely had no business getting involved in it in any way, shape, or form. People who just wanted to be seen as a big shot.”

And yet, for a while – even if Overacker’s moral code was more wholesome than Star Wars’ most famous clone ­– working as a bounty hunter in the US did have parallels with Boba travelling the galaxy. Or The Mandalorian‘s Din Djarin, or Bossk, or 4-LOM, or any other bounty hunter in the Star Wars franchise you’d care to name. Whether in space or across the vast expanse of North America, the occupation was, for a time, essentially lawless.

“It’s changed a lot over the years,” says Overacker. “When I started out, there were states that we would refer to as open country. If somebody said the state was open country, it means that there were no laws, you could go there and function as a bounty hunter with no restrictions.”

Overacker explains that, eventually, each state started to put restrictions into place on who could collect bail. It’s unlikely that Boba Fett ever had to show his papers for anyone. “Right now, New York State has a bounty hunting licence through the state – though they call it ‘bail enforcement’. But if you’re employed as a private investigator, you’re allowed to function as a bounty hunter too – because you’re meeting certain threshold requirements. In some states, you have to be the bail bondsman that wrote the bond in order to be able to perform the arrest. So it gets a little complicated.”

Which brings us onto weaponry. Where Boba Fett goes nowhere without a Czerka Z-X Flame-projector fitted onto his gauntlet, Kelvarek Consolidated Arms MM-9 Wrist rockets, a Knee-Pad Rocket Dart Launcher, a BlasTech EE-3 Blaster rifle, a Sonic beam-weapon and a Z-6 Jetpack fitted with a concussion missile and grappler, Overacker would rely on nothing but a gun and his wits. Sometimes not even a gun.

“It depends on what state I was apprehending someone in,” he says. “In some states, you can’t carry — but in those states, I’d often be bringing someone in who did have a gun. Criminals don’t care about the law!”

Hairy stuff. Encasing his bounty in carbonite wasn’t an option for Overacker either — although he had some options at his disposal for apprehending someone. “You have to honour a bounty’s civil rights,” he says. “You can’t infringe on someone’s civil rights. Being a bounty hunter doesn’t give you the right to mistreat anyone. But if I was travelling by car I would put someone in handcuffs and leg irons. I’ve done that with someone I had to drive from Florida to New York. I’ve taken in all sorts of people. Those who were kind and courteous, and those who wanted to run and fight. It takes a certain sort of mindset to enter the house of someone you don’t know, in a place you don’t know, and tell them they’re coming with you…”

While Boba Fett met his end – or so we all thought – in the bowels of the Great Pit of Carkoon, Overacker decided after a few years that he didn’t want to meet his on the road collecting bounties. “Every big city in the US I know by the really bad parts of town you don’t want to go to. The only good thing about that was there were police everywhere. But I saw frightening stuff. And, you know, it’s not like you’ve got backup. The police, they can call for it. But for me, it was just me. There was no resource. I’d just go up to a house, kick the door down and try to take someone away. You can’t do that forever, you just can’t…”

And that’s something we’re sure will be music to the bounty hunters of the Star Wars universe’s ears. Much less so to the inhabitants of sleazy Cantinas across the galaxy.

Check out our interview with Keanu Reeves and the cast of The Matrix Resurrections below.