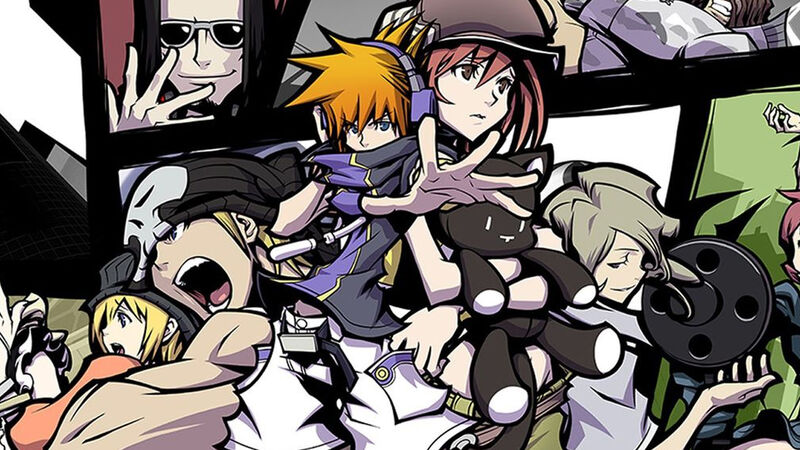 The Struggle For Connection In ‘The World Ends With You’

When I first played the mobile port of the 2007 video game The World Ends With You, its setting was immediately striking for a few reasons. It is based on a real place—Shibuya, a district in Tokyo, Japan—and the game’s soundtrack features Japanese hip-hop, rock, and electronica (rather than sweeping orchestral scores that I’d been used to in other JRPGs). Although these factors make the game grounded and relatable, it is underscored by the theme of the struggle for personal connection.

You play as fifteen year old Neku Sakuraba, an antisocial purple-clad boy who wakes up in an alternate version of Shibuya called the Underground. Armed with nothing but a black skull pin, Neku is soon attacked by creatures called Noise. He defeats them when he becomes partners with a teenage girl, Shiki. Soon, Neku and Shiki discover that they’ve been forced to participate in the Reapers’ Game as Players and must work together to survive the week by completing missions while figuring out what is going on.

At one point, Neku says, “Shut up, just go the hell away! I’ve got my values, you can keep yours!” It was clear to me that he was going to go through a rough time. Not only does he outright state that he can’t and won’t connect with other people, but he is unexpectedly thrown into a situation where he has to work with others in order to keep existing. In the first couple of days of the game, Neku tries his hardest to keep to himself by ignoring Shiki and even almost killsing her to save his own skin. It isn’t until he meets Mr. Hanekoma, the producer of the Reapers’ Game, that Neku tries to learn to trust Shiki as a Partner.

In order to see why Neku trusting Shiki is important, you need to consider the gameplay of the mobile port of TWEWY,?Solo Remix. Using one or two fingers, you control both Neku and Shiki as they roam Shibuya in order to complete mission objectives. By tapping the black skull pin, Neku can scan the people of Shibuya and read or influence their thoughts in order to solve certain missions. In addition, the black skull pin is also used to scan surrounding areas and initiate battles with Noise, who are the embodiment of people’s negative emotions. Sometimes, defeating Noise is key to gain access to certain areas or complete missions.

Shiki’s friendliness is both a foil to Neku’s standoffish attitude and a key factor in completing missions. Since Shiki is more open to people than Neku, she can talk to others in order to get more details about each mission. Neku’s trust in Shiki is especially crucial to battle Noise. In Solo Remix, Neku battles Noise using pins with special abilities while Shiki attacks by telekinetically controlling a cat plushie named Mr. Mew. By attacking with Neku and Shiki at the same time, you increase your sync rate in battle. Once you have the Fusion ability unlocked and get your sync rate to 100% or higher, you can perform a big attack that involves Neku and Shiki combining their strengths to wipe out a lot of Noise at once or do major damage to an enemy.

In between missions and battles, Neku also learns a few things that start to change his view of the world. One is that [spoiler alert] he and every other Player in the Reapers’ Game is dead—in fact, they’re playing for the chance to return to life, with the thing they value most as their entry fee. He soon discovers that Shiki’s bubbly personality is actually a mask for her self-hatred, as well as her envy of her best friend Eri. Neku realizes that he and Shiki share similar fears and uncertainties and finally starts to open up to her and others.

Once Shiki sheds her mask, Neku starts to shed his own apathetic and reclusive mask. In addition to Shiki, Neku also becomes partners with Joshua and Beat, two other main characters with their own “masks.” Joshua is enigmatic and snarky to Neku, but another character eventually reveals that Joshua is really lonely deep down. Meanwhile, Beat projects an impulsive tough guy image, but this belies a caring side. Although Neku’s mask isn’t obvious unless you relate to him like I did, the fact that he and the other characters each have one is part of the reason that they have a hard time connecting to others.

You can even see “masks” in certain non-player characters. One particular character that stayed in my mind is?The Prince, a pretty-boy celebrity Neku and Joshua wind up meeting. The Prince has a blog called “F This!” where he seemingly gives an “F” to any food or clothing he thinks is good. During one mission, he says “F This!” to a new ramen restaurant called Shadow Ramen, which is across the way from an older ramen restaurant called Ramen Don. Although Shadow Ramen is more about flashy service than good food, teens flock to Shadow Ramen solely because The Prince gives his seal of approval.

Even though The Prince is supposedly the authority on what is popular, he isn’t actually voicing his own opinions. It is later revealed that The Prince has been taken advantage of by Makoto, a product marketer (and the owner of Shadow Ramen) whom Neku met earlier in the game. The Prince feels pressured between being honest about what he really likes versus appeasing his fans. Both Makoto and The Prince demonstrate how material things and superficial personal images influence teens and the world around them and can cause them to be unable to relate to each other beyond what’s trendy.

Given that these trend-obsessed teens are all that Neku and the other main characters are exposed to, it’s no wonder that they feel they have to keep up appearances. Of all the characters that are negatively impacted by trends and images, Neku, Shiki, and Joshua are the ones that are affected the most. While the pressure to keep up with trends result in Neku’s misanthropy? and Shiki’s low self-esteem, Joshua is cynical to the extent that he doesn’t even sympathize with Neku. This is demonstrated when Neku tries to vent to Joshua about playing another week and he responds, “And this is me playing the world’s tiniest violin. Every Player makes sacrifices.”

Of course, Joshua also has an interesting backstory as a character that partly explains his cynicism. As it turns out, Joshua could see the Reaper’s Game and the Noise when he was alive and the only person who could understand him was Mr. Hanekoma. As you continue playing and more about Joshua is revealed, you realize how truly messed up he is as a character—and start to hope that Neku doesn’t end up the same way.

In fact, Neku’s character arc was a major reason for many emotional highs and lows that I felt while playing Solo Remix last year. I latched onto him when I first saw him speak because his attitude and his habit of wearing headphones related to my social anxiety. I believed that he was pushing others away with a mask of indifference because something or someone traumatized him to the point of becoming socially anxious. By the time I watched Neku say goodbye to Shiki and then start to remember how he died, I was really rooting for Neku as a character. Watching Neku grow from a misanthrope to a more caring and compassionate person despite enduring so much was deeply poignant for me.

Neku’s personal growth also stands out when compared to Joshua, who is even more jaded than Neku is. Moreover, Joshua encourages Neku’s misanthropy, saying things like, “Understanding people isn’t hard, Neku. It’s impossible.” While Neku not getting along with Joshua seems like banter, it actually demonstrates how he is starting to open up to the world around him as he fights for a chance to return to life.

As much as Neku and the other characters struggle to connect with the world around them, they somehow manage to connect with each other through Neku’s increased awareness of others. This is done in big and small ways, from finding out a main character’s favorite food for increasing stats to seeing another main character unexpectedly come to Neku’s rescue. By expanding his world, Neku gradually finds new reasons to live and new friends worth living for. In this way, The World Ends With You -Solo Remix- shows that being and feeling alone limits your experiences, but opening yourself to others makes the world so much bigger.

Latonya Pennington
Latonya P
I am a prolific pop culture freelance contributor who has written about comic books, video games, anime, and fandom for sites such as Newsrama, Into The Spine, and Anime Feminist. When it comes to video games, JRPGs are my jam.