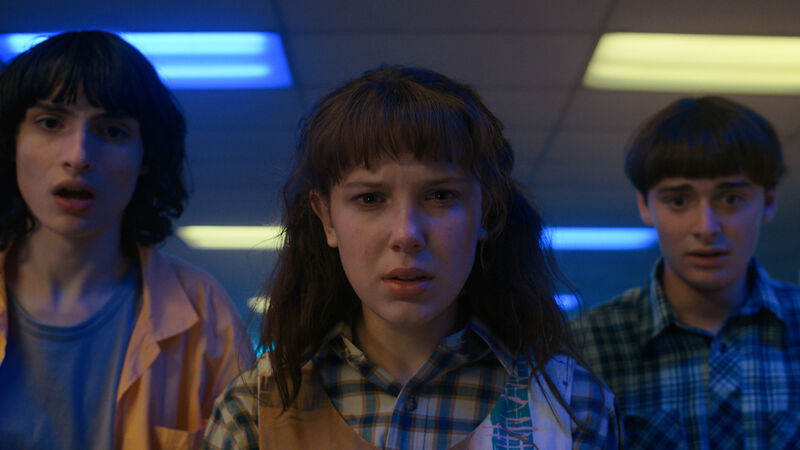 Which Emmy-Nominated Shows Have the Most Fan Engagement?

The Emmys. Ah, the Emmys. An annual celebration of all things small screen. While awards ceremonies?in the visual arts honour varied practitioners and endeavours, encompassing a large number of disciplines in the field (and we applaud that), there is often heated discourse around a perceived disconnect between what viewers are watching, loving, and connecting with and what ends up taking home the statuette.

We aren’t always privy to exactly what criteria nominees and potential nominees are judged by, but we can safely say that the shows for which fans show huge interest and affection can indeed differ from the shows that win. It’s not just a feeling we have. Fandom data backs this up.

So, we’ve pulled some statistics to help us explore that differential and give us an insight into the potential fan-selected winners from the shows nominated in key categories, based on cold, hard data. If the amount a show drives engagement was the main criteria by which winners were selected, would we have a different set of winners from the eventual victors? Let’s find out.

The eight shows shortlisted for this award are: Abbot Elementary, Barry, Curb Your Enthusiasm, Hacks, Only Murders in the Building, Ted Lasso, The Marvelous Mrs Maisel, and What We Do in the Shadows.

“I absolutely adore the fight that happened between Nandor and Guillermo but I hate the look of the Robin Collinson baby. It’s just terrifying. They just had to put him screaming at the end. I suppose you should expect such scenes since it’s not only a comedy.” — What We Do in the Shadows community member?Katrin Bekyarova?on the Season 3 finale episode “The Portrait”

Of the eight series in this category, Taika Waititi and Jemaine Clement’s vampire sitcom What We Do in the Shadows has, in 2022, bitten off (sunk its teeth into/sucked up/exsanguinated/insert favourite vampire-related pun here) the most page views overall. But it’s Ted Lasso that shoots and scores among Fandom users (just quietly slipping that one in there — oof — BACK OF THE NET. Sorry).

It’s true — fans have caused the community for the soccer comedy to grow more than 530% during the most recent season, compared with the still impressive 208% boost What We Do In the Shadows has seen.

Both Barry with 63% and The Marvellous Mrs Maisel with 535% saw a significant increase in visitors heading to their respective wikis during the run of their most recent seasons, while the long-running Curb Your Enthusiasm had?a small boost – 4% — and newer shows Hacks, mockumentary Abbott Elementary, and Only Murders in the Building failed to show significant uplifts.

With Ted Lasso the winner overall among fans in the comedy category, it performs consistently where characters are concerned. In both the Supporting Actor and Actress in a Comedy Series categories, Ted Lasso is represented, and in each case, the corresponding characters are trending on Fandom.

Ted Lasso’s Juno Temple (Keeley) and Hannah Waddingham (Rebecca) walk into the Emmys with a nomination each, and each actress’s character registers high in our trending charts. Keeley is the most searched character of all the nominees and saw a 320% increase in traffic to her page during the show’s most recent season. But it was Rebecca who got more average daily pageviews and a 760% boost in visitors.

All three supporting actors nominated from the series – Brett Goldstein (Roy Kent), Toheeb Jimoh (Sam Obisanya), and Nick Mohammed (Nathan Shelley) — saw their character pages flying high with Roy nabbing the biggest number of pageviews in 2022 making him the character fans are gravitating towards right now. Sam however got the biggest percentage increase of visitors during the season’s run with a 1488% bump making the character the most intriguing for fans while the show aired and whose fanbase increased the most.

But while main protagonist Ted Lasso (Jason Sudeikis) is up there – with Sudeikis nominated in the Lead Actor in a Comedy Series category – he’s not number one among his contemporaries. That honour goes to Nicholas Hoult’s Emperor Peter III from The Great with the most pageviews in 2022 of all the characters played by the nominees and the biggest season spike (661%).

Some shows with really, really, really big Fandom figures feature in this category – meaning that not only have some critically and industry-acclaimed series been recognized but also so have some popular shows with a fanbase engaged enough to want to learn more by heading to Fandom.

There are plenty of big Fandom hitters, too, that were (criminally) left out. You can’t shortlist them all, of course — by definition — but huge Fandom traffic drivers like Moon Knight, Star Wars: Visions, Peacemaker, Fear the Walking Dead, and long-running medical drama Grey’s Anatomy don’t get a look in at the 2022 Emmys.

Euphoria does, however – and it’s the show that Fandom statistics reveal has increased its fanbase most out of all the Drama Series nominees, with a 1925% boost in visitors to the wiki during its most reason run. Compare this to the Better Call Saul (final) season spike of 119%. But the show that fans are loving right now (or, at least, most engaged with) and which sparked the highest number of visitors to its community during its most recent season? That accolade belongs to a little show known as?Stranger Things which tallied more than 36 million pageviews.

“What’s your favorite quote from season 2? Mine is ‘I AM WHO I AM.'” — Euphoria community member Ahxomy

With Stranger Things missing out on acting noms for its cast, it’s clear that the Emmys values other performances more highly – although that doesn’t necessarily have a bearing on how interesting a character might be for a viewer. Certainly, if fans got to choose the acting nominees based on Fandom engagement with their character pages, Millie Bobbie Brown would be among them. Eleven undoubtedly has Fandom users hooked – alongside Oscar Isaac’s Marc Spector from Moon Knight, Rosamund Pike’s Moiraine from The Wheel of Time, and Scott Speedman’s Nick Marsh from Grey’s Anatomy. Plus, a glut of names from The Walking Dead and Fear the Walking Dead. Yes, fans are still very engaged in the zombie show and its spin-off(s), despite the main show ending imminently.

Of the actors nominated, only one stands out as a trending name amongst Fandom’s overall top characters – and that’s Bob Odenkirk’s Better Call Saul lawyer Jimmy McGill. Though over the recent runs of Succession and Ozark, Jeremy Strong’s Kendall Roy has seen the biggest season spike at 446%, while Jason Bateman’s Ozark protagonist Marty Byrde has seen the most 2022 pageviews so far. This makes Marty the character related to the Lead Actor noms fans are looking up most right now. Even more than the top-rated Jimmy McGill.

Not only has Euphoria seen the biggest season spike, but its nominated lead actress, Zendaya, also finds her character the most searched of all the nominees in 2022 and the one whose fanbase has increased the most over the most recent season’s run – by 1272%, in fact. However, overall, fans are more interested in Hunter Shafer’s Jules and Sydney Sweeney’s Cassie from the show – both of whose pages are in Fandom’s top trending charts.

“Season 4 guesses? What do you think will happen? Here is my guess. Do not read if you have not finished season 3. [The rest has been redacted to hide potential spoilers]” — Succession community member Caliban6464 details predictions for Succession Season 4, which you can check out on the wiki Discussions page

Sweeney has a nod for Best Supporting Actress in a Drama Series and her character has picked up three times as many page views in 2022 than her closest competitor (Julie Gardner’s Ozark character Ruth Langmore), and more than twice as many as co-star Zendaya’s Rue Bennett. Sweeney has also proven to be the supporting actress whose character’s fanbase has grown the most during the most recent season’s run – with a 1762% jump.

Supporting actors’ character stats are a little more spread around, though all frontrunners are from Succession. Nicholas Braun’s Greg Hirsch is the character fans are most intrigued by right now, while Kieren Culkin’s Roman Roy has picked up the highest average number of daily pageviews, and Matthew Macfadyen’s Tom Wambsgans is the character with the most increased fanbase this season.

In summary, our statistics suggest that based on fan engagement, Ted Lasso ought to win Best Comedy, with Euphoria a strong contender for Best Drama but ultimately losing out to Stranger Things. Nods for acting should go to Nicholas Hoult for Best Lead Actor in a Comedy (The Great), with Elle Fanning (The Great) beating off stiff competition from Rachel Brosnahan (The Marvellous Mrs Maisel).

“Who is the funniest character in Stranger Things? For me, it’s Dustin. Examples are where he swears at Mr. Wheeler, makes the sound – grrrrrrr, changes his hairstyle for the snowball, the way he runs from Dart, uses hairspray on Lucas’s face, his handshake with Steve.” — Stranger Things community member Nerrad24

As for the Best Lead Actor in a Drama, that should see Jeremy Strong (Succession) pipping Jason Bateman (Ozark) to the post; with Zendaya (Euphoria) running away with the Best Lead Actress gong.

Now that the Emmy 2022 winners have been decided, here’s the list of victors in the categories detailed in this article. See how it compares!

Check out more Fandom engagement stats in the article below, this time for?House of the Dragon,?following the show’s premiere. It makes fascinating reading!