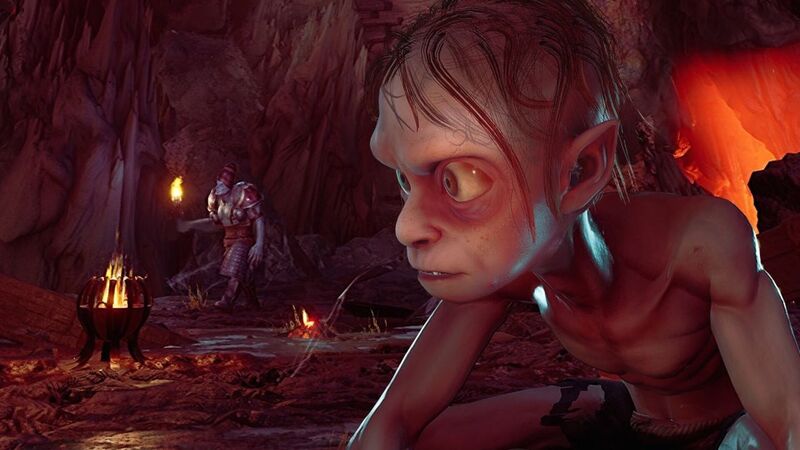 Everything We Know About the Upcoming Lord of the Rings Games

With the rights to The Lord of the Rings, The Hobbit, and related works in Tolkien’s legendarium once again up for grabs—and the approach of Amazon’s Rings of Power series on the horizon—there are even more niches than usual to dig into for fans of the ol’ J.R.R. My personal favorite niche is (of course) the vidja games, and we don’t need to wait for new projects to get excited there! Two games are hitting us soon: Gollum this fall, and Return to Moria sometime next year.

We’ve got some yummy morsels of promotion in the run-up to Gollum’s release—the President of Signum University (known by Tolkien fans the world over as “The Tolkien Professor”) had some interesting things to say about both games when interviewed at Mythmoot, the yearly conference hosted by Signum to cover all things Tolkien.

(Take a minute to just say “Mythmoot” over and over. Go ahead. You deserve it.)

Now that we’ve mythmooted, we’re ready to break down what we know about the upcoming games.

The Lord of the Rings: Gollum

Though The Lord of the Rings: Gollum was announced in 2019 as an action-adventure game, developer Daedelic (Shadow Tactics: Blaze of the Shogun, Deponia) now describes it as a “story-driven action RPG.” Gameplay trailers show a variety of stealth sequences not dissimilar to the stealth sequences popularized by game series like Metal Gear, Tomb Raider, and Uncharted. Of course, stealth comes with built-in risks—sometimes there’s no escape to be had on the ground and Gollum has to climb and shimmy his way above enemies, careful not to run out of stamina before he’s in the clear. (Parkour: When crabwalking through mud isn’t enough.)

While this isn’t a wholly groundbreaking concept, with all the information available on both Gollum and Smeagol in the legendarium, there could be plenty of surprises in store. For PS5 players, the game does utilize the haptic feedback ability of Sony’s DualSense technology, adding additional value and challenge to the stamina aspect of gameplay.

Along with the stealth base for Gollum, players will find either a fresh challenge or chronic frustration as they deal not with uber-customizable skill trees but a skillset grounded firmly along what makes sense for a cave-dwelling slippy boy who experiences frequent psychosis. Tolkien Professor Corey Olsen says, “There are ways in which you can change, but you’re Gollum, and his skillset is known. There is some combat, but if a patrol of orcs discovers you, you’re just hosed, because they’re bigger and stronger and you’re not.” That’s not something we’re accustomed to in adaptational games or RPGs but, hey, it works dang well for plenty of indie horror. Little Nightmares, anyone?

Fans were most excited about the exploration aspect of the game before we had any gameplay footage to go off of. Is gallivanting through the beauty and/or grime of Middle-Earth’s more iconic locations still on the table? You betcha. With confirmed character appearances of the Nazgul and Elven king Thranduil, rest assured you’ll be out on the town.

There are also at least two characters that Gollum is confirmed to directly interact with: a young elf called Mell (the Elvish for friend is “Mellon”) and a character called Greshneg, whose name sounds vaguely Orc-ish to me. Source: I am a huge nerd. A big selling point of the game is its setting, taking place in the years after Gollum acquires the ring but before the events of Lord of the Rings. Why’s that so exciting? Well, every location we explore (even the ones we’ve seen on screen before) could potentially be quite different.

The Lord of the Rings: Return to Moria

The Lord of the Rings: Return to Moria was first announced during Epic Games’ Summer Showcase and will take place in the Fourth Age. Where’s that on our pop cultural consciousness timeline? The events of The Hobbit and The Lord of the Rings take place in the Third Age (and Amazon’s upcoming Rings of Power series will take place in the Second) so the developers aren’t as hindered by canon as those video games before them. With the Tolkein Professor signed on as a consultant, we can expect a world that stems from Tolkien canon and feels true to his works, in spite of a setting that doesn’t yet have existing canonical structure in place.

Now down to the nitty gritty: the gameplay. In Return to Moria, you get to customize your OWN dwarf, including—yes—customizing your beard. The gameplay’s focus will be on crafting and survival, presumably to start a new colony in the long-abandoned Mines of Moria. Each adventure further into the mines (or maybe even outside of them) is freshly generated so that no two excursions are exactly alike. Are you an introverted gamer? Rest easy, as all missions are feasible solo. Love to buddy up? That’s great, too! The game will offer co-op missions with the same procedural generation.

It’s likely that more details about the missions will be uncovered closer to the game’s release, but so far we know to expect base building, recovering Dwarven artifacts, and discovering hidden landmarks. I personally hope to be emotional about ruins featuring hints to familiar friends. If you can’t wait for 2023 for more news, don’t worry: Game Director Jon-Paul Dumont plans to drop some behind-the-scenes looks at development soon.

All in all, it’s an exciting time for Tolkien fans who want a more immersive way to connect with the stories they love so much. While Tolkien games of yore have had their merit, it’ll be huge if games closer in line with the built-in lore of the series become the norm. Doing it by breaking out of stereotypical combat-heavy gameplay offers something fresh for the gaming world as a whole. There’s no arguing that Tolkien’s stories have forever changed the realms of storytelling in literature, animation, and film. Why not video games?

Can’t get enough of The Lord of the Rings? Neither can we! Join Fandom for a Twitch watchalong of the newest?Rings of Power?episodes on Fridays at 11am PT. Tune in live at twitch.tv/fandom!

Miranda Adama
LostWolfling
Miranda Adama is a writer on the hunt for violent catharsis in genre niches. She is cited in books and theses for her work on professional wrestling. When she is not thinking about Silent Hill 2 or convincing someone to watch Point Break, she can be found hosting Be Seeing You: A John Wick podcast.