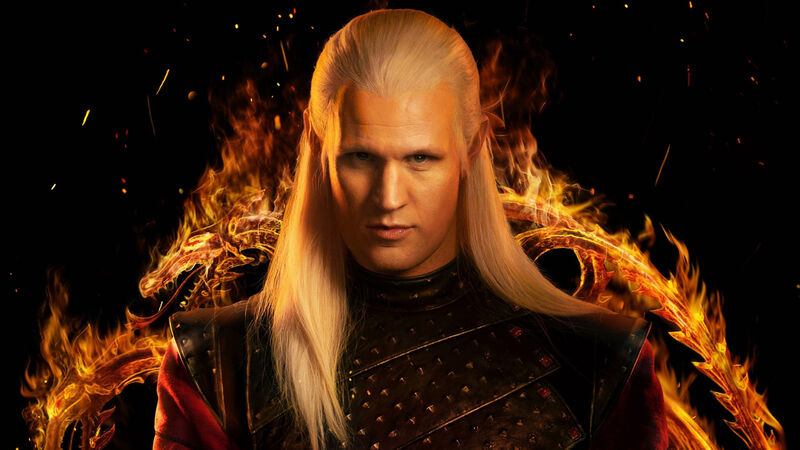 The realm of Westeros roared back into our lives in a huge way this week as the Game of Thrones prequel series, House of the Dragon, debuted on to massive numbers. HBO boasted it was the biggest series debut in their history, with 9.986 million viewers across both HBO and HBO Max.

Whisking us back 172 years before the birth of one Daenerys Targaryen and into the rule of King Viserys I – and some time before the civil war known as the the Dance of the Dragons?– House of the Dragon proved that not only was there still interest in all things fire and blood with TV viewers, but with our GoT community as well.

Fandom’s Game of Thrones wiki shot up 278% with the premiere episode, “The Heirs of the Dragon,” and still continues to rank among the top pages visited, now, days later. Our Game of Thrones community is a massive one in terms of size and House of the Dragon definitely brought this vast collection of fans back to the fold.

It should be mentioned though that, while the Thrones-verse is back in a notably impressive manner, House of the Dragon’s premiere still has a ways to go if it wants to match 2019’s peak interest in Game of Thrones?on the GoT wiki during the original show’s final run. This new spike is still 70% less than the one garnered by Game of Thrones’ final season’s premiere, “Winterfell,” back on April 14, 2019, and it brought in 60% less views than that series’ big — and divisive — finale, “The Iron Throne,” on May 19, 2019.

The Targaryen legacy is a labyrinthine one and only spare moments of Game of Thrones were set aside to actually discuss how the continent, before King Robert Baratheon, had been ruled by House Targaryen for close to three centuries. All of this crescendos with Emilia Clarke’s exiled Daenerys so it makes perfect sense that fans would want to look up her ancestral line – particularly those who appear on House of the Dragon.

The Top 10 pages on Fandom’s Game of Thrones wiki were practically all Targaryen characters – save for one slot reserved for House Hightower, which is an very important factor in the The Dance of Dragons (particularly Alicent Hightower and her father, Hand of the King, Otto Hightower).

As you can see though, for the most part, it’s Targaryens as far as the eye can see.

The Mother of Dragons
(and Pageviews)

That Top 10 pages list is a mix of characters who appeared in the premiere – from young Princess Rhaenyra to her father Viserys, mother Aemma, uncle Daemon, and best friend Alicent Hightower – to those who connect more directly to Daenerys, who came in at number 5 despite only being mentioned once in the show’s opening text. Keep in mind that, presumably, Daenerys is?never going to be on the series and this show isn’t actually about her at all. Fans’ interest in all-things Dany is just that high.

But right underneath Dany, at number 4, is yet another character who is not directly a part of House of the Dragon, Dany’s father, the “Mad King” Aerys II. The one Jaime Lannister dispatched during Robert’s “Sack of King’s Landing” when the king wanted to set fire to the entire city.

Further up the list, at number 7, is Dany’s older brother Rhaegar, the one who’s love affair with Lyanna Stark sparked Robert Baratheon’s rage. And even at the top of the chart, at number 10, there’s King Aerys’ II’s father, Aegon V. So you can surely see how the Fandom community was trying to trace the family line back from Daenerys to events closer to House of the Dragon.