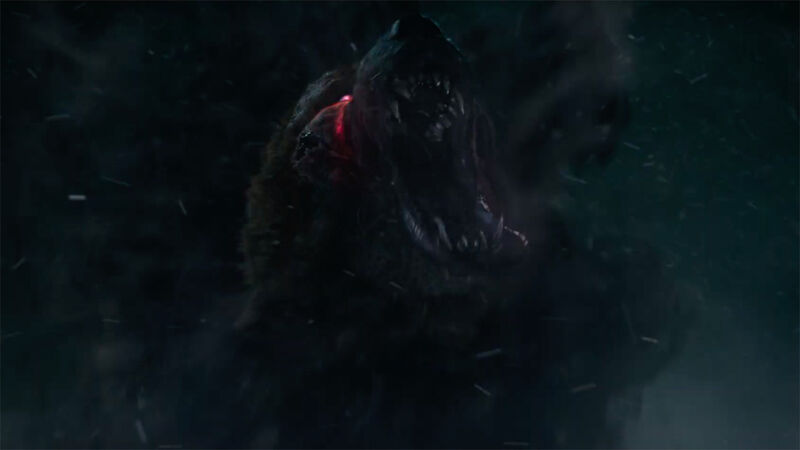 The New Mutants’ Demon Bear: The Classic Story that Inspired the Movie

The New Mutants‘?road to release has been a long one, but with the film having a panel this week as part of Comic-Con@Home, among speculation and rumors about a potential digital or streaming release — though for now, Disney still has it listed as a theatrical debut — what can fans expect when they finally see it?

From the trailers, it’s clear that the Josh Boone-helmed film features a mix of traditional superhero elements with heavy doses of horror and even some teen coming-of-age moments as well.

From what we’ve seen, Danielle Moonstar (Blu Hunt), Illyana Rasputin (Anya Taylor-Joy), Rahne Sinclair (Maisie Williams), Roberto da Costa (Henry Zaga) and Sam Guthrie (Charlie Heaton) all find themselves under the watchful eye of Dr. Cecilia Reyes (Alice Braga), who appears to be helping them understand their mutant powers. However, the facility they find themselves in seems more like a ghost-filled jail than anything else! How will these young powered people deal with some of their greatest fears becoming real, including what looks like a demonic bear of darkness?

The vibe of the film might seem like an unusual one compared to the usual Marvel comic book offerings, but it makes total sense if you look back to the original run of the New Mutants comics, especially the collaboration between writer Chris Claremont and artist Bill Sienkiewicz that began with the Demon Bear story in 1984.

By the early 80s, the original X-Men had already been around for 20 years. Working alongside artists like Dave Cockrum and John Byrne, writer Chris Claremont helped bring the once-waning franchise to new heights starting in the mid-1970s, after a new team of more experienced X-Men like Storm and Wolverine were introduced, including Claremont and Byrne’s game-changing Dark Phoenix Saga. But there was still something missing from the proceedings that made the initial X-Men run so enjoyable: teen angst!

While the teenage Kitty Pryde had somewhat recently joined the X-Men, Claremont and Bob McLeod then introduced an entire new team of young, superpowered kids training under Professor X in 1982’s The New Mutants graphic novel. Fans quickly became enamored with the exploits of initial members?Cannonball, Sunspot, Wolfsbane, Mirage and Karma,?and their adventures lead into an ongoing series in 1983 that ran until 1991 when morphed into a new team and title with?X-Force after New Mutants #100 wrapped up the series.

That first New Mutants comic series moved along at a quick clip, spinning a variety of yarns and building on all sorts of inter-personal relationships which brought high teen drama to the table. The very soul of the series changed when artist Bill Sienkiewicz joined the series with New Mutants #18. He brought an intense, moody vibe to the issues that made them practically vibrate with a unique energy and style that still resonates today.

The surreal nature of those stories began with one revolving around Dani “Mirage” Moonstone and a being known as the Demon Bear. While the exact details of the story may only be an influence on?The New Mutants film, you can see how the tale resonates tonally.

Like a lot of the most influential X-Men stories of the late 70s and 80s, the Demon Bear tale made its impact in just a few issues. In this case, it ran from New Mutants #18-20. Earlier on, in issue #3, Dani had a dream that made her face her greatest fear, the Demon Bear that killed her parents. By issue #18, the dreams returned with a new hunger and ferocity. She even programmed the Danger Room to mimic her visions, so she could prepare herself physically for the oncoming confrontation, without explaining any of this to her teammates.

Back before joining the team, Dani’s powers to manifest fears sent her parents into a nearby forest where the Demon Bear killed them. She guessed that it really wanted her, though, and after a series of nightmares, she called the creature to her. Though she seemed to handle herself well at first, the animal spirit ferociously attacked her, nearly killing the young woman in the process. Her teammates found her lying bloody in the snow and rushed her to the hospital with her assailant nowhere to be found.

While doctors worked on healing the mauled Moonstar, her teammates did their best to defend the whole hospital against the attacking spirit. When they proved a bit too skilled at that, it transported them to its own dimension. There, the New Mutants fought valiantly, and the battle came to an end when one of the team, the fearsome Magik, stabbed the bear with her Soulsword, which released two humans who turned out to be Dani’s parents!

As it turned out, they had been conscripted by an evil force into becoming the Demon Bear against their will. While that whole adventure may not play into the film, it does seem likely that some of Dani’s background, which revolves around her Cheyenne heritage, could play into the story, and it’s clear?the Demon Bear is present, in one way or another.

While Boone has been vague on the role of the Demon Bear in the film, he let his fandom for the original storyline be known even before production began. And as more footage was released from New Mutants, you could see far more than just a stylistic reference to the Demon Bear.

Yes, if you look closely at Hunt’s version of Dani Moonstar, you can see that she wears a necklace with a bear on it, but we also saw that a?creature of some sort was haunting the halls. Eventually, by the time we got more recent trailers, there was actual footage of Taylor-Joy’s?Illyana, AKA?Magik, seemingly fighting the Demon Bear itself, making it clear that Claremont and?Sienkiewicz’s stories had a big impact here.

Meanwhile, the exact future of the X-films remains mysterious now that Disney owns both the newly-renamed 20th Century Studios and that film franchise with it. Certainly,?The New Mutants?seems to be the last X-Men-connected film we see for awhile. Though, if the movie is successful when finally released, who knows if it could inspire its own series that could dig more deeply into the New Mutants history – even as questions would need to be answered about whether the same cast would be retained and if so, if their first film was canon given the MCU of it all, whether it was ignored, or if some sort of dimension-hopping was used to explain it all.

It’s worth noting that in addition to the X-Men, the comic book version of the New Mutants also interacted with the likes of?Cloak?&?Dagger, Legion and even Thor and his fellow Asgardians. The original series also played home to the first appearances of Cable and Deadpool, so there are plenty of overlap points between the New Mutants and characters we’ve seen before in live-action that could be eventually explored now that nearly all of the Marvel characters are under Disney’s cinematic control.

Down the line in the comics, the New Mutants grew up and became important members of various X-teams, but one has become a bigger deal across the board: Magik.?Thanks to a?youth spent in the demonic dimension of?Limbo?and possession of the Soulsword, the aforementioned Demon Bear-defeating mutant teleporter and sorceress developed into a major player in the world of Marvel magic. She’s even one of the teachers in the recently launched Strange Academy comic series which seeks to educate the younger generation in the ways of the supernatural at a school founded by Doctor Stranger.

With the MCU film?Doctor Strange In The Multiverse Of Madness in the works, which is confirmed to include Scarlet Witch, it seems like the Marvel Cinematic Universe could not only add more magical firepower to its ranks but also open the doors to some of the other realities out there, based on that title. And Magik could certainly play a part in that…

The New Mutants is currently scheduled for release on August 28 but given current events, we expect that to change again.