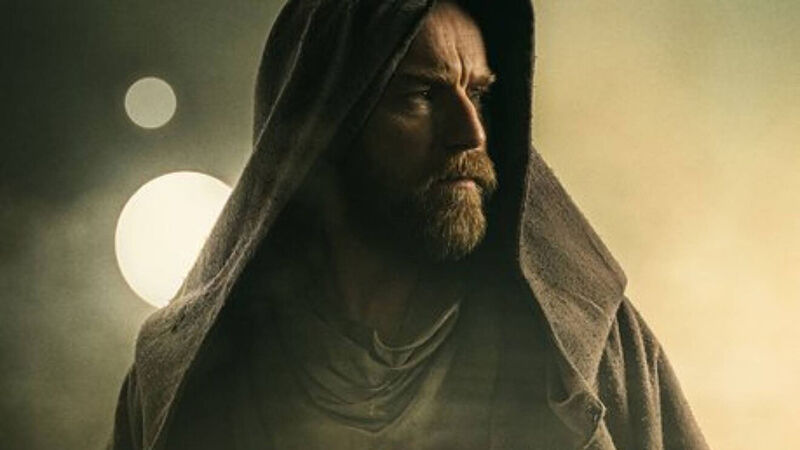 A Day in the Life of Obi-Wan Kenobi

You would think that, after fighting in the Clone Wars for three years, defeating the Confederacy of Independent Systems (aka the Separatists), engaging in several brutal lightsaber battles along the way and ultimately being faced with the massacre of the entire Jedi Order and the establishment of a new evil Galactic Empire, Obi-Wan Kenobi would want to have a bit of a rest.

So when he drops off a baby Luke Skywalker to Owen and Beru at the Lars moisture farm with plans to fulfill the promise he made to Yoda to “watch over him” from afar, Obi-Wan would be forgiven for finding a cosy sand hut and simply kicking back with his feet up for the next 19 years. And, to be honest, after finding himself a new home surrounded by the Western Dune Sea in the Jundland Wastes, it seems like he has perfectly isolated himself with very little to do for exactly that reason.

But the near two-decade period between the end of Revenge of the Sith and A New Hope is a little more eventful than most realise. Based on what we know from all sources in the Star Wars canon, here’s what an average day might consist of for that “crazy old man” before he rescued Luke from Tusken Raiders and a new chapter of the saga began…

“In your solitude on Tatooine, training I have for you,” Yoda tasks Obi-Wan at the end of Revenge of the Sith. “Your old master… how to commune with him, I will teach you.” Seeing as chatting to old friends returning from the Netherworld of the Force can’t be an easily learned skill, it’s safe to imagine that much of Obi-Wan’s time would have been spent focused on this training.

Obi-Wan is seen frequently confiding his thoughts to an unseen Qui-Gon, particularly in the 2015 comic issue Star Wars #7, where he searches for advice about the balance between staying inconspicuous and not fulfilling his Jedi duty by helping others. As detailed in the young-adult novel Ahsoka though, there was at least one occasion where Kenobi managed to receive counsel from his old master, who encourages him to stop reflecting on the problems of the past and let go of his attachments.

Also in Ahsoka, we learn that Obi-Wan would frequently visit the grave of Shmi Skywalker, Anakin’s mother whom Anakin fails to save in Attack of the Clones and buries near the Lars homestead. While visiting, Kenobi would express deep sadness and apologise for his part in losing her son to the Dark Side of the Force.

Being true to his word about watching over the young Skywalker, there are many documented instances of Obi-Wan sensing Luke in danger and rushing to his rescue, such as in Time of Death (a short story contained within the From a Certain Point of View anthology), where he found the Lars family home under attack from bandits when Luke was just three years old.

Even though many of these instances results in an argument with Owen who wants him to leave them alone and not interfere, Obi-Wan always kept a faithful eye out and this would surely form part of his day-to-day routine. One example occurs in 2015’s comic issue Star Wars #15, where Kenobi simply watches as Luke pilots a T-16 Skyhopper through Beggar’s Canyon with his friend Biggs Darklighter cheering him on, causing the Jedi to note the concerning similarities between father and son.

Kenobi had a habit of intervening over the years, all in the name of protecting the boy he was sworn to watch over, but proving that sometimes his routine extended beyond simply observing from afar.

For instance, if you thought Luke first met his mentor at the start of the events of A New Hope, then you would be wrong. Obi-Wan – or rather ‘Ben’ – Kenobi first introduced himself to a 12-year-old Luke approximately seven years earlier. As told in a digital Star Wars comic series published by LINE Webtoon, Luke embarked on an adventure with his friend Windy only to get caught in a sandstorm, lose consciousness and get preyed upon by a krayt dragon, only for Kenobi to step in and save the young budding Jedi.

As a result of the interventions above, Obi-Wan would often have run-ins with Luke’s Uncle Owen, who demanded the Jedi leave Luke alone, but he wasn’t the only person Obi-Wan had battles with during this time. On one occasion detailed in Star Wars #20, Wookiee bounty hunter Krrsantan – who we met in live-action in The Book of Boba Fett — kidnaps Owen after a water tax dispute with Jabba the Hutt and Kenobi steps in to rescue him.

And, then, of course, there are sometimes even bigger threats, like the reappearance of Darth Maul who, in the Star Wars Rebels episode Twin Suns, manipulates young Jedi Ezra Bridger to lead him to Kenobi on Tatooine. The old foes fight when Maul senses that Obi-Wan is trying to protect someone, and the Jedi Master is able to defeat the former Sith Lord with a fatal lightsaber blow.

Based on what happens in Star Wars #15, in which Kenobi witnesses Luke damage his ship and decides to take a paying job in order to anonymously leave the boy the spare parts to fix it, the Jedi hermit would occasionally come out of isolation when he needed some cash.

In this particular example, Kenobi gets some work protecting a Jawa Sandcrawler from Tusken Raiders, which he is easily able to do and then promptly gets paid. You can bet this wasn’t the only time Kenobi took on a paying job in order to get some quick funds.

When he wasn’t watching Luke, rescuing Luke, fighting old rivals, and trying to communicate with the spirit of his dead mentor, Obi-Wan somehow found time to save and fix broken droids around Tatooine, earning himself legend status among droids as ‘The Oil-Bringer’. This is detailed in An Old Hope, a short story contained within the Life Day Treasury anthology, which tells the tale of how Obi-Wan rescues LA-R1 and other droids from the Jawas.

Taking Care of His Family

No, not an actual family of relatives, but rather a herd of banthas that Obi-Wan treated like his adopted children during this time. This is suggested in Star Wars #20, where Kenobi returns home after a brutal fight and talks to the banthas – two of whom are named Nara and Dolo – and refers to them as his family.

Not content with spending his time between transcendental communication and action-packed adventures, Obi-Wan would then document everything in ‘The Journals of Ben Kenobi’, a set of diaries that he wrote and kept in a box labelled ‘For Luke’ with the intention of them helping in Skywalker’s future training.

Luckily, thanks to a confrontation with Boba Fett on Tatooine in events depicted in Star Wars #6, Luke stumbled across the box and the adventures told in them were later told throughout the Star Wars comic series starting from issue #7.

Obi-Wan would likely finish his evening writing up the day’s events before getting his head down for a good night’s sleep. Always remaining alert, of course…

Did you know that Dune heavily influenced Star Wars? If you’re interested in diving into the real-life implications of Dune‘s flying machines, check out our article below in which an expert gives their verdict on whether the movie’s ornithopters could fly in real life!