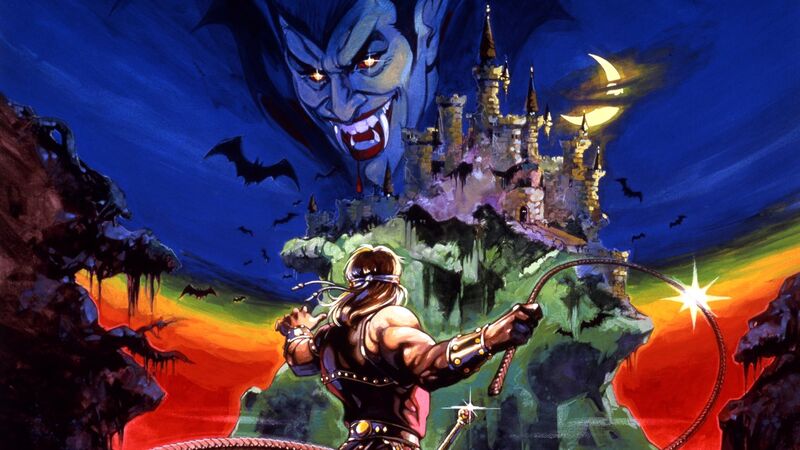 When you think of Bram Stoker’s Dracula, what interpretation does your mind conjure up? Is it Edward Cullen, the teen heartthrob from?Twilight? Or is it the irreverent version of Adam Sandler’s Count Dracula from Hotel Transylvania? Regardless of which iteration of the fanged icon you choose to imagine, one thing is sure: one of the best iterations of the character to ever exist comes in the form of Konami’s classic genre-defining NES game Castlevania. Spanning over the course of three whole decades, Castlevania has told the story of the Belmont family bloodline versus the wrath of Vlad Tepes, the nightwalker better known as “Dracula.”

Making its debut in 1986,?Castlevania—along with Nintendo’s?favorite intergalactic bounty hunter, Samus—ushered in a new game genre (now known as Metroidvania) and brought forth a certain prestige to Konami within the gaming industry, especially during the NES and SNES generations of gaming. Castlevania would prove its worth and legend as it competed with the likes of The Legend of Zelda, Metroid, and later Mega Man, and Final Fantasy—all of which would become pop culture phenomenons.

Players fell in love with the dark and horrific side-scrolling franchise as they slew floating Medusa heads, scavenged for additional heart refills, and jammed out to a somewhat iconic soundtrack. To celebrate the acclaimed franchise’s big three-five, let’s take a stroll back to the castles of Transylvania, equip ourselves with Simon Belmont’s whip, and revisit the origins of Castlevania.

Curse of the Evil Count

Created during an era when many Japanese video game developers, directors, and producers were opting to go by pseudonyms instead of their real names to avoid being poached by other companies, the true mastermind behind the culture-shifting game that is Castlevania has often been the subject of debate by many a gaming historian. One name in particular that seems to have stood the test of time and numerous hours of gaming investigation is a Japanese game director named Hitoshi Akamatsu.

Often going by the code names “Trans Fishers” and “Vram Stoker” (playing off of Terrence Fisher, a gothic horror film director known for his work on Frankenstein, and Bram Stoker, the OG author of the OG Dracula novel), Hitoshi Akamatsu had an idea. Like many notable game directors in the ’80s, Akamatsu envisioned a day where gaming would rival cinema in scope and ambition; he foresaw a timeline where video games would have similar production value to a summer Blockbuster movie and felt he was capable of creating such a project. So Akamatsu allegedly assembled a team of experienced and rookie coders, music composers, level designers, and the like and worked on the unnamed project.

Drawing from Akamatsu’s love for cinematic storytelling and parody art, Western movies’ influence became central to the game’s theme, tone, and overall subject. Akamatsu was adamant in treating the project that would become Castlevania as if it were a movie from the story’s progression to the music accompanying each level. But Akamatsu wasn’t the lone cinephile on the team; before taking the idea to Konami for approval, he made sure to kit the team with lovers and of the movie art form who were dedicated to creating a project “consciously cinematic.”

Furthermore, Akamatsu and co decided that they wanted to create a horror game with nods to classic horror icons such as Frankenstein, the Mummy, and of course, Dracula—which wound up being the main inspiration for the game’s DNA—dedicated to giving players the experience of playing through an actual horror movie. With the tone, mood, theme, and overall direction laid out for the horror-driven game, the team finally decided on a title for the ambitious project calling it Akumajo Dorakyura—roughly translated to Devil’s Castle Dracula?(a title that would prove to be a bit of sour spot for the Western gaming market).

A Hero is Born

Inspired by the Hollywood horror of yesteryear, Akamatsu and co. got to work on Devil’s Castle Dracula in hopes of creating a similar cinematic gaming experience. The idea that this game would emulate these iconic films set Konmai’s team down a rabbit hole of enigmatic figures and the chilling lore that came along with it. Simon Belmont was created as the game’s de facto Van Helsing figure as he embarks on an adventure to take down Count Dracula with a final showdown at Drac’s castle.

The team incorporates a multitude of icons from the monster verse as Belmont slays these enemies and pushes forward from level to level. Some of the enemies included were your usual ghouls and goblins, skeletons, birds, and zombies. At the same time, boss fights were given to the more significant monsters in the Grim Reaper, Frankenstein and Igor, Mummy Man, and Queen Medusa. Along with the heavy nod to these classic characters, Akamatsu also made it a point to draw from Van Helsing by giving Belmont a cross, holy water, and a whip—all weapons that belonged to Stoker’s character for his battle with Count Dracula.

To account for the source material that the game was directly inspired by, Akamastu felt that the game’s level design and story needed to be relatively straightforward in execution. The result was a game that featured basic gameplay mechanics with an emphasis on collecting and swapping power-ups for Simon Belmont’s trusty whip, the Vampire Killer, and new items that he obtains throughout his journey like the Boomerang. As the player progresses through each level, they are met with a series of obstacles and pitfalls that could foil their plans to slay Dracula. If the player manages to survive the level at hand and makes it to the end, they are met with a boss fight consisting of the iconic horror movie characters mentioned earlier. The practicality of the game’s adventure is attributed to the desire by Akamatsu’s team to replicate the atmosphere and storytelling of Van Helsing’s battle with Dracula: no frills with a clear mission to kill the dark lord.

The allusions and references don’t stop there. Akamatsu thought it would also be great to adapt the movie references to the start screen and Castlevania’s musical composition. An example of this is found through movie reels which can be seen draped across the top and the bottom of the title screen. Meanwhile, in the game’s music department, Akamatsu enlisted two rookie composers—Kinuyo Yamashita and Satoe Terashima—to arrange the score for the iconic series.

The two young prodigies never collaborated on any of the game’s finished pieces. Still, the credit for both of their contributions was ultimately fused and credited to the pseudonym known as “James Banana”—a parody of James Bernard, the iconic horror film composer who worked on Curse of Frankenstein and Dracula. The ladies would create some of Castlevania’s most memorable tunes that perfectly capture the chilling adventure’s vibe and influence through this alias. Some of the most memorable songs that are attributed to the work of the James Banana moniker are the ever-present Vampire Killer, which has been utilized and remixed in almost every Castlevania game since the franchise began, Stalker, Voyager and Wicked Child, to name a few. Castlevania is known for its ambitious soundtrack as the vibes of the tunes captured the ambiance and atmosphere set forth by the horror movie direction.

With the soundtrack, level design, and tonal direction of the game set, it was time for the initial release of Devil’s Castle Dracula.

September 26, 1986.?Akumajo Dorakyura was finished and initially created for the Japan-exclusive Famicom Disk System were to critical acclaim and widespread praise. Using the Disk System’s sharp graphics and sound chip, Devil’s Castle Dracula shined on the screens of players across Japan as Akamatsu and Co. celebrated their release. Konami, on the other hand, wasn’t as optimistic. During the development of Akumajo Dorakyura, Konami wasn’t entirely too sure how successful Akamatsu’s game would be, carrying traces of heavy Western influence; one of the main aspects of the game that made higher-ups uncomfortable was the use of blood and (mild) violence. While it didn’t cause enough of a stir to get the game canned, it did rub some folks the wrong way, specifically some folks in the Western gaming market.

Akumajo Dorakyura proved to be quite the success for Konami in Japan, leading to the decision to release it in North America for the Nintendo Entertainment System on May 1, 1987. However, coinciding with the almost 90th anniversary of Bram Stoker’s original novel, the North American version had to undergo a name change due to the nature of American audiences. The overt religious tones found in the title and gameplay rubbed some people the wrong way and could be seen as a disrespectful view of particular belief systems/could be seen as sending the wrong message. So, the game’s name was changed in North America from Akumajo Dorakyura to what we now know as Castlevania.

Bloodlines and the Belmont Legacy

Thirty-five years later and the Castlevania franchise is still going strong. The success of the first Castlevania game seeped in all its Golden Age Horror movie glory, allowed Konami to compete with other Horror based games in the gaming market and provide something new to gamers. As a result, Castlevania gained a cult following and, with 1997’s?Castlevania: Symphony of the Night, the franchise became a cultural phenomenon and a force to be reckoned with.

Castlevania’s popularity skyrocketed after Symphony of the Night, and the series would go on to carve out its place among the most successful gaming franchises of all time. The franchise spawned multiple main-line sequels, spin-offs, movies, merchandise and even a critically acclaimed anime released on Netflix and a spin-off series in the works. The impact of classic horror movies on Akamatsu gave us Castlevania, and the impact of Castlevania on pop culture gave us one of the greatest video game franchises of all time. Happy birthday, Castlevania.

Marc Griffin
Marc A. Griffin
Marc Griffin is a jack of all trades, master of some. He’s a reader, writer, musician, beatsmith, rapper, poet, and your friendly neighborhood Spider-Man based in WNY. A current Master’s student, he seems to have a passion for comic books, video games, street fashion, and music..so we’re told..