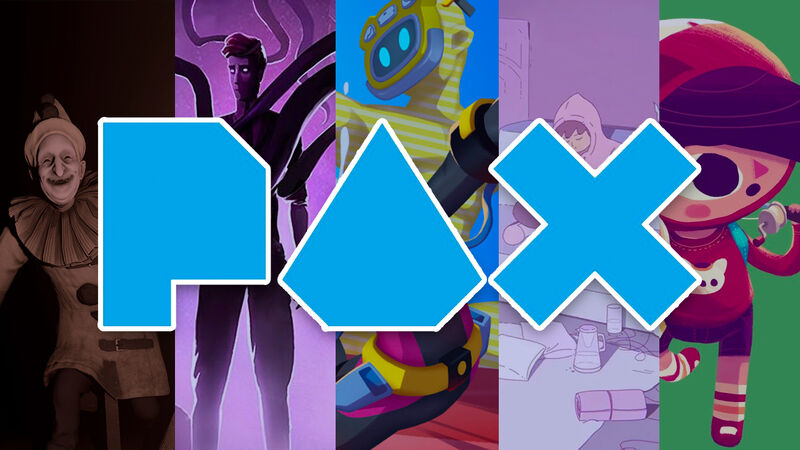 PAX West Roundup: The Top 5 Indie Games We Want to Get Our Hands On

At PAX West, there’s a game for every kind of player. It’s most evident in the indie games section of the show floor, where booths large and small show off their teams’ hard work through new trailers, flashing lights, blasting speakers, and enthusiastic staff eager to hand you a controller. After spending some time wandering through those amazing booths, I have a list of five games that stood out at PAX West 2022.

And, like the show itself, each of these indie game picks fall into their own category: party, stealth/action, Metroidvania, rhythm, and cozy. Find the right one—or ones—for you below, and don’t forget to add them to your wishlist!

The Smol Games booth might have been, well, smol, but it packed a lot of upbeat Halloween energy into its corner of the show floor. Hyde’s Haunt & Seek, a team-based multiplayer parlor game, pits ghosts versus mortals in an epic showdown of hide and seek. The round begins with the ghosts hiding a prized possession in the haunted house. Then it’s up to the seekers to find the item and blast any poltergeists they find along the way with their flashlights.

Meanwhile, the ghosts prank the seeker as they search the house for the item. The more successful the pranks, the more fear energy the poltergeists collect until the “Haunt” is triggered.

Hyde’s Haunt & Seek is big on the poltergeist pranks and less about the shriek-worthy jump scares. “It’s more Haunted Mansion than Phasmophobia,” the Smol Games representative said at PAX West. Look for it soon on PC.

An adorable robot vacuum in a colorful cage caught the eye of just about anyone passing by the TinyBuild booth. It was the star of JUSTICE SUCKS, Dusty McClean, in the robot-flesh! This game is cartoony chaos. Dusty is trapped inside a 90s TV dimension—just roll with it—and while he does his best to be stealthy, ultimately he ends up just mowing down the baddies to save the family he loves.

Cleaning up the resulting grisly mess gives Dusty power-ups to achieve his ultimate form, Sexy McClean. (Squeamish? There’s a low-gore mode that changes the blood from red to pink or rainbow.) Comedy, violence, blood, stealth, action, and a little yellow robot vacuum, JUSTICE SUCKS has it all.

The Last Case of Benedict Fox

Two words: Lovecraftian Metroidvania. The Last Case of Benedict Fox from Rogue Games is a supernatural mystery that puts you in the shoes of occult detective Benedict Fox. The game is gorgeously spooky down to the last detail; even the use of purple was deliberately chosen to set the right atmosphere, the Rogue Games representative told me at the show.

To find a missing child, Benedict uses the abilities of a demon bound to dive into the depths of memories from the recently deceased. The demon’s powers allow Benedict to make his way through limbo as well as attack and defeat the monsters in his path.

Solve the compelling case on Xbox, Xbox Game Pass, and PC in 2023.

Love rhythm games but tired of the same old beats–or just plain tired? Melatonin is the dreamlike rhythm game you’ve been waiting for. The pastel hand-drawn art blends seamlessly with the soothing music as you follow the directions on-screen to keep the tempo. Soothing doesn’t mean boring, though. You’ll find yourself simultaneously relaxed and determined to best your own score, an unusual state of emotions that’s not at all unpleasant.

Melatonin drops the beat on Nintendo Switch and PC soon.

And now for the coziest title on the list! Mineko’s Night Market from Humble Games describes itself as a game about “crafting crafts, eating eats, and catting cats,” which basically captures its delightful sense of humor. I laughed out loud more than once while going hands-on with the demo at PAX West.

The game follows the titular Mineko on her adventures in a new village. She and her dad have moved to Mount Fugu, and they’re working hard to make the most of their new life there. Mineko makes friends—and crafts!—to help restore the tiny town to its former glory.

Kelly Knox
Kellyknox
Kelly Knox is a writer and author in the Seattle area. She's a frequent contributor to the websites for pop culture powerhouses like Star Wars, DC Comics, Crunchyroll, and more.