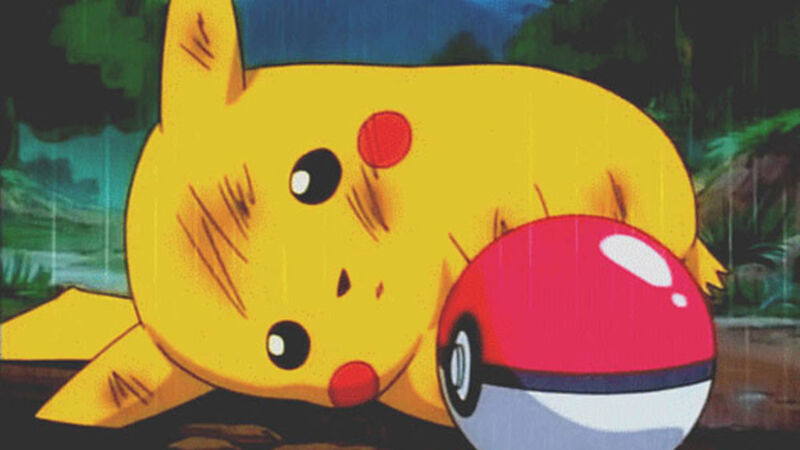 The Dark Truth About Pokémon: Are We Constantly Killing Our ‘Mon?

You might not realise it, but the whole world of Pokémon is based on the principles of teleportation. From the moment that you trap that weakened ‘mon inside a Pokéball, to the second you decide to swap out your party via good old Bill‘s PC, these loveable critters become little more than data that can be zapped around at will.

Hats off to Bill — it’s an astounding accomplishment that undoubtedly makes for an easier life for trainers everywhere.?But we can’t help but wonder —?what actually happens to our beloved ‘mon while they’re being teleported?

Thankfully, it looks like science has the answer. Back in 1993, a group of scientists including William K. Wootters and Charles H. Bennet wrote a paper on the subject of quantum teleportation. The study actually confirmed what a lot of science fiction believed; teleportation is possible, but only if you destroy the original. There’s a lot more to the study, of course, but the critical thing here is the ghastly (pun intended) principle behind the teleportation.

Each time you teleport, you’re taken apart atom-by-atom and then reconstructed on the other end. This… doesn’t sound pleasant.

Assuming that that’s somehow not the most agonising thing imaginable, would you personally choose to do it? It would mean that if you did teleport somewhere, that you were (very briefly) no longer in existence. Would that mean that you died? After teleporting, are you still the same person on the other end, or merely a clone?

Even in the best-case scenario, a lot of these answers are pretty horrific — and this dear reader is what we’ve been inflicting on our poor Poké pals for decades.

Assuming that the laws of physics in the world of Pokémon work the same way as in our own, it seems as though Bill and his cronies have actually mastered teleportation. You can see it in the way that a Pokéball deconstructs a Pokémon?and then digitises that data. It’s logical, then, to assume that Pokémon are caught and transferred using a more advanced method of teleportation.

Yet, this raises one question. If chucking a ball at a Pokemon and capturing it instantly turns that once-living beast into data, how on earth does a Pokémon get sent back out into the real world to battle? ?Well, it would make sense that a Pokémon could only escape from its ball-shaped prison if it has been compressed — much like a Zip file.

If after being caught the Pokéball somehow digitises a Pokémon initially, and then compresses that sweet little creature while it’s inside the Pokéball — that’s got to be agonising. Effectively, the second you catch that cute little critter, it’s being squashed into a thing a fraction of its mass. Jesus.

OK, but the reality?might not be that terrible, right? Each Pokéball could be like a Tardis — massive on the inside and the Pokemon within could remain full-sized in there, having a great time.?Yet, even if that is the case, that wouldn’t explain how we get our ‘mon into a PC…

Pokémon! It’s you and me – this prison’s your destiny

To make your newly enslaved ‘mon accessible anywhere, at some point in the process, you must have to turn them into pure data. Which would actually make Pokéballs something like wireless scanners/printers, rather than actual storage devices.

Now then, given that we know you have to destroy the original in order to teleport them, the same principle would have to be true here. This is especially true given that you can pull your Pokémon out of a PC, which would require them to have no physical form whatsoever. This technology should work on anything, but you never hear about a human being becoming digitised. That, my friends, is probably because it’s considered inhumane due to the numerous ethical and philosophical implications.

Of course, the twisted Bill has presumably tried it on himself at some point. Maybe that’s why he’s so scatter-brained. You’d take a hit to your mental faculties too if you’d essentially repeatedly died and come back to life. But, we digress.?The horrible truth of the matter is, every single time you capture a Pokémon you’re killing it — storing its data, then resurrecting it later on for your benefit.

There are a couple of things to consider about what that means for the Pokémon, but even before that, you need to face up to the fact that you’ve murdered your favourite team of Pokémon countless times in the pursuit of strength. Ignoring the fact that you’re forcing them to fight in the first place, their only real reward for being dragged out of their digital prison is death. Yikes.

Right then, let’s look at the implications of this rather horrific state of affairs. First of all, the more recent entries in the Pokémon series infer that the poor creatures actually believe they’re alive while they’re in storage. Even in the older games, you could make their ‘boxes’ more comfortable by changing the design of said box.

This can only mean two things. Either the brainwaves of the Pokémon are digitised as well as the body, or they’re remnants of veridical hallucinations, otherwise known as Deathbed phenomena. The former would mean that your Squirtle is aware that they have no body, its conscious but unable to move, or talk, or breathe. You think having no mouth but needing to scream is bad? Imagine your Jigglypuff believing it needs to breathe but having no lungs.?Oh god. We knew that all this Pokemon magic was too good to be true.

The only way that any of this could be remotely humane, is if the entire experience of being alive is somehow simulated in the PC, which seems highly unlikely.

Perhaps this is why Pokémon are so compliant once you’ve captured them. Every time you release a Pokémon, it’s behaving in the vain hope that you’ll allow it to remain in the real world. Wrestling with our mortality is tough as it is, let alone if you have to experience it every single time a ten-year-old kid wants you to step on a bug.

Of course, the compliance of the Pokémon could instead be due to the soul. Even if you can digitise the brainwaves of a creature, somehow keeping them intact throughout the traumatic experience of being pulled apart atom by atom, there’s nothing saying that you could do the same for a soul. Whether or not a soul exists in real life is down to your personal beliefs, but we know for a fact that they exist in the world of Pokémon. How? Ghost type ‘mon.

Many Ghost types are, of course, the spirits of Pokémon?who have died. Whether they become vengeful sandcastles like Palossand, or the kind that you hunt down with a Silph Scope as in Lavender Town, these are proof that the soul is all too real in Pokéland.

Maybe the real reason that Pokémon listen to what you say after you’ve caught them, is that you’ve robbed them of their soul.?Without the spark of life within them, they become little more than machines, listening to your every command and doing as they’re told.

It’s why, teaching them new battle moves are done so by using ‘Technical Machines’. You’re merely hacking lifeless data. Perhaps this is why they can only learn four moves at once — their storage capacity for the brainwaves is limited to just that, and any personality they have is instinctual at best? What a horrible thought.

If you don’t believe all of this, maybe it’s time to consider why Ash’s Pikachu downright refuses to go into a Pokeball. Perhaps Pikachu, Mewtwo and Meowth innately understand what it means for a Pokémon. Anyway, sorry to have added another layer of cruelty to a game about dog-fighting, but if we have to feel bad about doing this to our Arcanine then so do you.