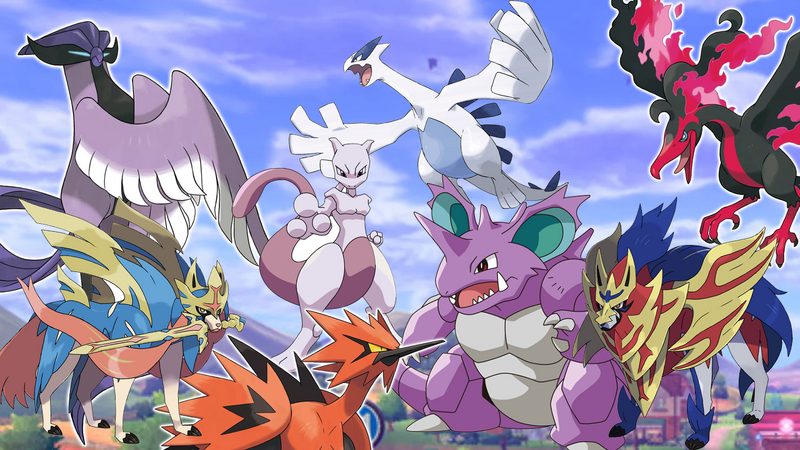 Pokémon ‘Crown Tundra’ DLC Brings Back Some Blasts from the Past

Pokémon is one of Nintendo’s most popular franchises ever created. While releasing a game within the franchise is almost a guaranteed best seller, few could have predicted just how successful Pokémon Sword and Shield would be. There have been 17.37 million units sold by May 2020, becoming the highest earning launch of any Pokémon game ever. Pokémon Sword and Shield was originally released in November 2019 and the first DLC, Isle of Armor, arrived back in June.

Even before it’s release, this game became one of the most controversial entries into the video game franchise. Many criticisms revolved heavily around its length, graphical fidelity, and animation. Fans were also disappointed to find that the complete national Pokédex wouldn’t be available in game for the first time in Poké-history.

While Sword and Shield’s Pokédex was considered to be lacking, the new Crown Tundra DLC set to release this month is intent on changing that by bringing back some greatly missed fan favorites and almost every legendary from past games, some even taking on a new form.

With the Sword and Shield expansion pass, trainers will have more Pokémon to catch in a whole new landscape. The Crown Tundra takes players to the frozen depths of Galar. A man named Peony will appoint you as the leader of his exploration team, tasking you with investigating the reaches of this unknown land, leading your team deep inside of Pokémon dens.

While exploring Dens, you’ll be able to team up with three other trainers to complete Dynamax Adventures and compete in Max Raid battles. These adventures are the only way to find and catch all of the returning Legendary Pokémon.

The Crown Tundra will also introduce another new game mode called the Galarian Star Tournament. Unlocked during the new DLC’s main story line, the Star Tournament allows players to battle against a variety of trainers. You can even rematch some of your favorite rivals and champions from Sword and Shield past!

Pokémon both old and reintroduced in The Crown Tundra DLC will be catchable in the token new area and transferable via the Pokémon Home. While there isn’t an official list of every returning Pokémon, earlier data miners like twitter user ABCBOY101 found that there could be over 119 new and returning Pokémon.

However, The Pokémon Company recently released another trailer giving us a closer look at a few returning favorites. While watching the trailer, you can see a Swablu sitting on a nearby fence post as the trainer passes, Dragonite gives an excited screech to the trainer, a Nidoking wanders through an empty field, amongst countless other classics.

While most of these are familiar faces, there’s a Pokémon that looks a little different than fans remember. During the trailer, the Galarian form of Slowking can be seen in battle! Unlike a standard Slowking, this Galar-exclusive varian is a Poison/Psychic type. Trainers can get to this new variant by evolving a normal Slowpoke using the Galarica Cuff (this can only be found in Isle of Armor). Then, an unknown item that can be found in the new Crown Tundra update will be able to upgrade your Pokémon to the final Galarian Slowking form.

While some Pokémon coming back are fan favorites, others set to return to the Pokédex lineup are literally the stuff from legends.

The release of The Crown Tundra comes with one of the most impressive expansions yet. According to the expansion pass update video released after the trailer on September 29th, all Legendary Pokémon that appeared in poké-past will return in the newest update. This is a welcomed decision for fans missing some of the most powerful Pokémon on the roster.

However, some fans noticed that there were a few Pokémon missing from the video’s announcement. Legendaries like Manaphy, Shaymain, Hoopa, Arceus, among others, noticeably didn’t seem to make the cut. Well, that’s because all of the “missing” Legendary Pokémon are actually Pokémon that are considered to be Mythical.

What’s the difference? Legendary Pokémon are Pokémon that trainers can usually find during typical gameplay. They usually adorn the covers of the video games of which they are in. Mythical Pokémon are rare or hard to find as they are typically “event only Pokémon”. Meaning, trainers can only obtain these Pokémon through event items though some may be available in the wild.

So while some Mythical Pokémon may be missing, there will be over 75 legendaries added to the new DLC. According to the graphic above, some Legendary Pokémon will be exclusive to either Pokémon Sword or Pokémon Shield, but players can easily stack their Pokédex by using Pokémon Home’s trading system or trading with other trainers online.

Three new legendaries have been added to the Poké-family.?Regieleki is an electric type with a bottomless supply of electricity, rumored to pack the greatest power of any used by Electric-type Pokémon! Added alongside this electric new addition, Regidrago is a spherical, golem like Pokémon with parts of a dragon’s mouth as arms. Regidrago will become the only known Pokémon capable of using the extremely powerful move, Dragon Energy.

The final legendary added into the DLC is actually the one who adorns the packaging for the Expansions Pass. Calyrex is a Psychic/Grass type Pokémon who was rumored to rule all of Galar during ancient times. With extremely high intelligence, it’s said to see every past, present and future event.

On top of this, the Legendary Birds, Articuno, Zapdos, and Moltres are all taking on new Galarian forms. Galarian Articuno is now a Psychic/Flying type with a signature move called Freezing Glare. Zapdos is getting a Galarian makeover by being a Fighting/Flying type with a new Thunderous Kick signature slam. Moltres unleashes it’s signature new Fiery Wrath with a Galarian Dark/Flying Type upgrade.

Starting on November 6, Trainers will have the opportunity to purchase bundle packs consisting of the Pokémon Sword or Pokémon Shield base game as well as that game’s corresponding Expansion Pass, which includes The Isle of Armor and The Crown Tundra. These bundle packs are well suited for Trainers who have yet to embark on their journeys in the Galar region.

Riley Rose
Rileyrosez1
Thanks for clicking here! I'm a video game enthusiast. Mother of Cats and video game facts, I also sometimes do mediocre cosplay. You can find me on other social media under Rileyrosez everywhere.