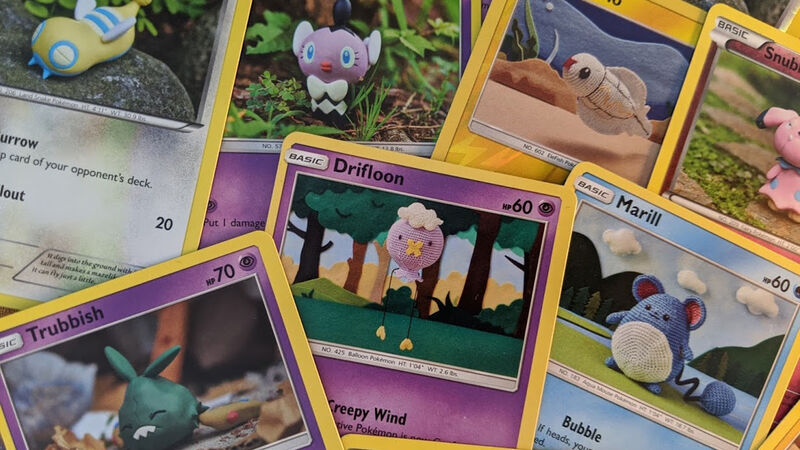 How Pokémon Characters Have Evolved Since the Cards Were Introduced

The Pokémon Trading Card Game is one of the most popular trading card games in the world. It’s an enduring branch of the wider Pokémon franchise that continually reinvents itself to stay in-line with the videogames, anime, and the rest of the far-reaching Pokémon universe. Developed and kept fresh by long-time Pokémon collaborators, Creatures Inc, the Pokémon Trading Card Game – or PTCG – has been an essential part of Pokémon’s identity since the global phenomenon first erupted back in 1996.

To date, the game has been shipped to 77 countries and regions around the world, and is available in 13 different languages. It’s one of the most widely available card games ever to have been invented. As of March 2020, the TCG has sold an incomprehensible 30.4 billion cards worldwide. It’s hard to overstate just how popular the game is.

But with popularity comes the pressure to change, and keep in step with the evolving aesthetics and goals of the broader Pokémon cosmos. Look back at the original designs of the Pokémon cards and the “pocket monsters” on them: you’re drinking in the work of seminal illustrator, Ken Sugimori, designer and art director of the Pokémon franchise. Sugimori is credited with designing every single Pokémon from the original 151, and has put his name to many more since.

Since the debut of the original set of Pokémon cards, though, things have changed. Although eager collectors will pay upwards of $4000 for holographic cards from the original set on eBay, some fans will argue that newer cards are better. Venture into any Pokémon forum (or even any general gaming forum!) and you’re going to encounter enthusiasts debating which Generation of Pokémon designs is the best.

From diehard ‘Genwunners’, who believe that the original Pokémon are unbeatable in terms of their designs, to defenders of the Sinnoh or Hoenn regions, there’s an ongoing battle amongst gamers over which Pokémon are the best.

A cursory glance at creature designs between the early 1990s and now reveals a simple truth: Pokémon species design is changing. The characters are becoming more ‘chibi’ in their conception – that is to say that the head-to-body ratio is expanding, there’s less detail in creature’s limbs and appendages, and Sugimori’s once biologically-inspired sketch style is being replaced by smoother lines (more in keeping with what you’d see in traditional cartoon or manga art).

Take a look, for example, at the birds in the world of Pokémon. The Flying-type Pokémon is a perennial fixture in the fictional universe, and is largely based on real or mythological birds. In earlier Generations – demonstrated via Pokémon such as Pidgeot, Articuno, Spearow, and more besides – a Pokémon’s wing detail revolved around realistic, ‘sharp’-looking feathers. Fast forward to more recent Generations and look at Pidove, Hawlucha, Decidueye, and others, and you’ll notice more rounded shapes and a more cartoon-like feel.

This isn’t a bad thing. In fact, it means that now more than ever we’re seeing greater variety and creativity arrive in the Pokémon world. Because Pokémon card illustrations in more recent years are drawn by various artists, you get a better opportunity to see more deeply into the world of Pokémon, and more profoundly understand the world they exist within.

Take the X/Y Charmander line that shows off the timeline of a young Trainer and his Fire-type. Small comic lines like this present some of the best stories in the Pokémon universe, and give designers the opportunity to expand the in-universe fiction these characters operate within. Where once, under Sugimori’s direction, the creatures were more biologically accurate and more ‘battle-ready’, so to speak, now we’re even seeing Pokémon cards move away from traditional pen-and-ink design, or even digital illustration.

Asako Ito, a designer who has been working on the cards since the Sun & Moon expansion, opts not to draw her designs or make a 3D render, but rather to crochet creatures to represent them as amigurumi. Where, once upon a time, we may have seen the likes of Scyther, Rhydon, or Cloyster poised for battle to show off their weaponised appendages or defensive shells, Ito’s designs focus on the softer, cuter side of the Pokémon.

Similarly, Yuka Morii – another designer working on the cards since 2000 – opts to create small figures of Pokémon and then photograph them in situ in the real world, giving another perspective on the designs and dimensions of the monsters within environments that would suit them.

Since the game’s inception, over 85 new expansions and sets of the cards have been released. Every couple of sets (released roughly twice per year), new mechanics or card types are introduced that enhance the standard game in some way, and give players a new meta with which to experiment. And as new sets land, we start to see the artists and designers experiment more and more with how they present the 807 Pokémon in the roster on the cards.

The Pokémon franchise has been around for 24 years so far – that’s a very long time for a media brand to be alive. Creatures Inc, The Pokémon Company, and Game Freak should be commended on how they’ve managed to keep the TCG, and the Pokémon designs themselves, exciting, refreshed, and up-to-date in that time.

If we were still seeing Sugimori and a small team of artists churn out all the same design styles over and over again, we’d likely have tired of the cards by now. Diversity and innovative creative input are key to keeping the Pokémon Trading Card Game alive, ensuring for Poké fans and hobbyists that it stays fresh, relevant and engaging for the next stage in the card game’s evolution.

Dom Peppiatt
KingPepin
After cutting his teeth on magazines at games?, Dom has written for everyone from Xbox Achievements to The Daily Star. Terrible puns. Obsessed with dogs. Somewhere between Squall and Ignis.