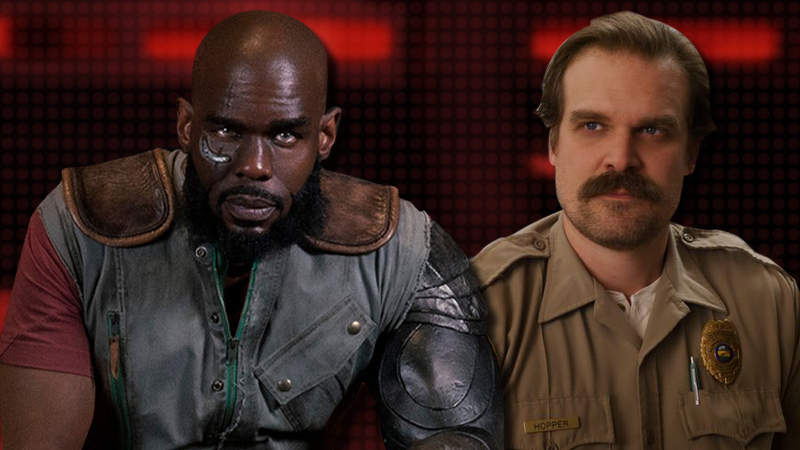 ‘Cowboy Bebop’ vs. the Netflix Metaverse

Time to cook up the bell peppers and beef, space cowboys. On November 19th, Cowboy Bebop, one of the most beloved and critically-acclaimed anime series, is getting the live-action Netflix treatment. But in a battle of the baddest, who will walk away victorious? Let’s find out!

Spike vs Daredevil: Who gets the knockout?

Spike Spiegel is, for all intents and purposes, lethal. Before he was the slick, aloof bounty hunter aboard the Bebop, he was a deadly hitman for the Red Dragon Crime Syndicate. Alongside Vicious, his now nemesis, and Julia, his love interest, he carried out numerous hits and kills for his boss and mentor, Mao Yenrai. But after faking his death to escape the Syndicate, Spike met Jet Black, and spent his days taking on some of the most dangerous criminals in the solar system, like Mad Pierrot and Doctor Londes, with finesse and skill. Spike is gifted in hand-to-hand combat and utilizes French boxing techniques as well as following Jeet Kune Do, a flowy martial art developed by Bruce Lee, which explains Spike’s ability to out-maneuver, anticipate, and overcome most every attacker. He’s also a skilled marksman and adept pilot of the Swordfish II. Daredevil, or Matt Murdoch, is a special kind of deadly combatant with several unique advantages in a fight. Rigorously trained in multiple kinds of martial arts like kung fu, judo, and even Jeet Kune Do by Stick, he’s considered by some to be one of the most dangerous martial artists alive. If that’s not enough, his blindness has enhanced his other four senses to such a degree that he utilizes skills like echolocation and thermoreception to detect enemies movements and can predict their actions.

Daredevil is driven by a deep sense of justice and passion for putting criminals in their place, even at times allowing himself to lose control. Spike’s approach is a little more…laid back. Lazier and more nonchalant than one would expect, his “what’s in it for me” mentality and cool, collected demeanor is often disarming to his enemies. Spike may be out matched in a hand-to-hand fight against Daredevil’s decades of training, but his signature firearm, avoid-and-evade fighting style, and keen tactical attempts to disorient Daredevil could be enough to confound the Hero of Hell’s Kitchen.

Overall, the victory would most likely go to Daredevil’s undeniable powers and abilities, but let’s be honest, Spike could hardly be bothered to show up if there weren’t any Woolongs in it for him.

As complex as she is cunning, Faye Valentine is a complicated con-artist and a wickedly talented bounty hunter. She is a woman ripped from the life and time she knew and thrust into the world of space cowboys, planet-hopping criminals, and corrupt megacorps controlling the wealth. As she struggles to uncover her identity and faces the immense debts of her past, Faye had to learn to make spare Woolong however she could and from whoever she could scam. On top of her prowess as a hustler and dangerous malefactor, she skillfully utilizes her feminine charm to disarm and manipulate the powerful, susceptible affluent leaders of the solar system. Tokyo, or Silene Oliveira, from Money Heist was led to a life of crime via the violent trauma of her past. A thief in her young age, she was recruited by The Professor and spared from a botched job to take on the heist of her lifetime. A wanton rulebreaker and fiery personality, Tokyo has proved she’s a capable and bold member of the team, if a little impulsive and often ruled by her emotions.

If pitted against one another in a ploy to con the other, an elaborate series of backstabs, power plays, and social manipulation would be sure to unfold. Both have it within them to go to extreme lengths to exploit the other, but Tokyo is often more prey to her feelings. Faye is all about playing the long con, keeping her goals clearly in mind. Tokyo can be vicious and violent, but Faye’s insurmountable debt and desire to unshackle herself from the past instills her with the deep motivation needed to outsmart and outplay anyone in her way.

The victory here definitely goes to Faye as the ultimate con-artist and craftiest hustler. Now about my student debt, Faye…

The reliable, responsible, and resourceful backbone/mom of the group, Jet Black, is much more than your typical muscle. A former police officer for the ISSP, he abandoned the force amid systemic corruption and betrayal from his partner, Fad, leading to the loss of his arm. His strong sense of morals, compassionate heart, and formidable training as a cop make him an effective detective and feared bounty hunter. Jim Hopper from Stranger Things is the chief of police in a small town in Indiana, spending most of his days following up on unremarkable incidents around Hawkins. However, when Will Byers goes missing and Hawkins is plunged into chaos, we learn that Chief Hopper is more intelligent, deductive, motivated, and willing to find the truth than almost anyone. Curmudgeonly on the surface, his desire to love and protect runs deep, connected to his own personal losses, very similar to Jet.

Given the task of solving a cold case, both these investigators have a rich skillset and moral drive to get the job done quickly and efficiently, leaving no stone unturned. As we’ve seen, Jet is one of the most well-connected bounty hunters in the solar system with the ability to tap into his network to find the most wanted criminals across countless planets and moons. Conversely, Chief Hopper has shown time and time again that he is willing to go to incredible depths to uncover truth like taking on shadowy government organizations and even venturing into the Upside Down to save Will.

While they’d likely solve the case in a similar time frame, Chief Hopper’s dedication and heroism makes him the winner here. What I wouldn’t give to see these two in an action buddy comedy.

Edward Wong Hau Pepelu Tivruski IV is easily the most intelligent member of the Bebop crew. She is a self-taught computer hacking prodigy and a living legend at the ripe age of 13. In fact, Ed joined the gang by hacking their ship, extorting Faye to become a member, and helped them capture MPU, a highly intelligent software that she had befriended. Edward spends her days tracking down the most elusive bounties and hacking uncrackable digital interfaces. Her carefree attitude and odd demeanor hide the fact that she’s a certifiable genius. In one particular instance, Ed casually engaged in a long and complex game of chess with Chessmaster Hex, a brilliant programmer and engineer, that ultimately ended up being the most compelling and fulfilling game he ever played. Beth Harmon from The Queen’s Gambit was a chess prodigy from an early age that went on to make history as one of the most prolific chess players, breaking gender norms and overcoming her troubled childhood. As she works to beat the odds her difficult upbringing dealt her and fully utilizes her rare skills, she struggles with addiction, emotional control, and self-actualization.

Right out of the gate, Beth Harmon has a leg up with chess. The game is her life’s focus and pursuit. However, some of her more destructive tendencies and reliance on stimulants often make it difficult for her to succeed when the pressure is on. On the other hand, Ed’s seemingly boundless intelligence and unique approach to solving the unsolvable could be the wild card element needed to surprise Beth. Although it would come down to the final pieces.

I’ll give the narrow win to Edward on this one by merit of her sheer genius, her ability to outlast Beth, and her totally off-the-wall, unique approach to the game of chess. Checkmate, Queen.

Tune in to see how their live-action counterparts stack up, Cowboy Bebop premieres exclusively on Netflix on November 19, 2021.

Make sure to join the conversation on social media: