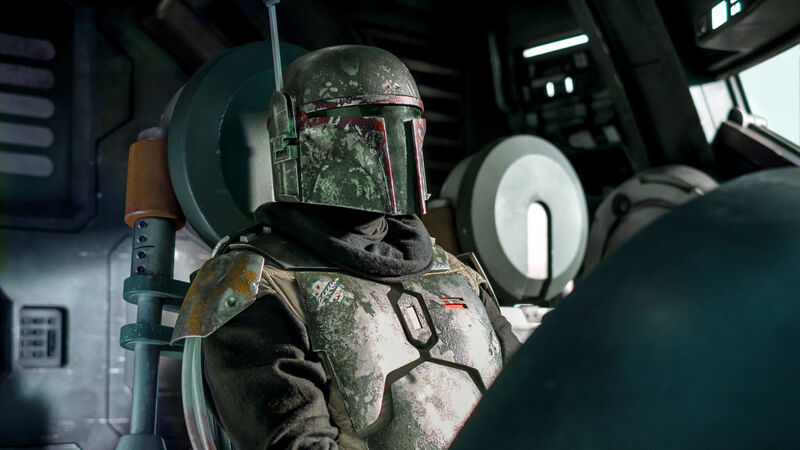 Fett Over The Years

Okay, don’t hate me… but I was never the biggest Boba Fett fan. I understand loving an antagonist/bad guy character, and I even have my complex love/hate relationship with story villains. Unfortunately, Boba Fett was just not that for me. To put it simply, I did not get it.

I think (for me) he was just too much of a background character. He captures, freezes, and brings Han Solo to Jabba the Hutt, and the next time we see him, he falls into a Sarlacc Pit in Return of the Jedi. So due to his lack of screen time in the original trilogy, Boba does not receive enough screen time to warrant character favoritism for me. I have met others who understand and acknowledge my point and/or agree. However, regardless of how many people acknowledge or not, the bounty hunter has been a major fan favorite for years. Why is that? Because Boba Fett does much more in overall Star Wars lore than he does in the films. What we see in the original trilogy is just a microscopic blip of his contributions to Star Wars.

In Episode II: Attack of the Clones, we’re introduced to Jango Fett and meet his young son, Boba Fett. It’s one of those fun “Oh! Hey! That guy!” moments in the prequels. By the end of the film, Jango is killed by Mace Windu during the battle on Geonosis, and Boba is left alone, with nothing but his father’s Mandalorian armor… What’s he going to do? Hmmm….

The prequels were simply setting up Boba Fett’s armor and being a bounty hunter like his father. More of his upbringing and backstory is shown in various episodes of the Clone Wars animated series. His appearances were more “Oh, hey! That guy” moments, but again I admit it didn’t make me love Boba Fett… I’m sorry. If anything it made me dislike him. If you watched, can we agree he was kind of an a-hole? (Spoiler alert) He tries to kill Mace Mindu, he ends up in prison… Not being a fan of his actions, after finishing the series, I still didn’t get it.

Last year when season two of the Mandalorian premiered, fans were thrilled at the return of? Boba Fett (and Temuera Morrison who originally played Jango Fett in Episode II). Joining forces with the Mandalorian to protect Grogu in exchange for the return of his armor, he (and Fennec Shand) would help rescue the child. Until Grogu was back with Mando, Boba Fett was still in Mando’s debt.

And then I got it.

In The Mandalorian, Boba Fett’s contributions weren’t in the background, his fighting skills are fully shown, and he’s going above and beyond honoring an agreement. This is a Boba Fett I could get on board with. So was I thrilled for The Book of Boba Fett? Hell yes (More than likely, even if I hated him I still would have watched it… But I’ve come a long way.) He’s a character that I truly care about now. Even if he returns to being the antagonist we got to know (and perhaps still is), I’ll care about him.

The original trilogy introduced a name and a cool bounty hunter. The prequels pointed us, and him, towards the path he’s about to go down, and the animated series showed bits of what happened on that journey. The Mandalorian showed the man he’s become, so where does that leave the Book of Boba Fett? How he became that man and what he’s going to do with it.

While the slight mystery is intriguing about him, his lack of screen time cost me my interest. I do not fault the original trilogy on this because there was no reason then for more information on him. Each piece of the franchise built his character and gave people like me information on the bounty hunter behind the helmet. Now’s the chance we’ve all been waiting for. So if you haven’t watched the first episode of the new series… in the immortalized words of Palpatine, do it. And watch “a simple man making his way through the galaxy.”