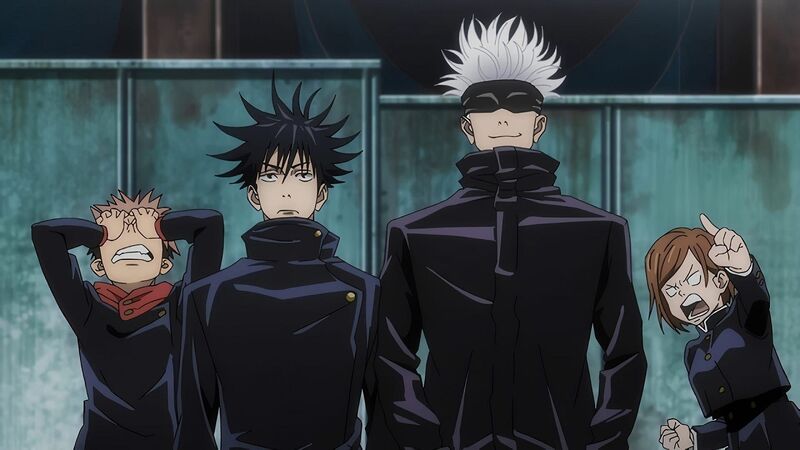 Demon Slayer and Jujutsu Kaisen are two of the most popular contemporary anime, and they’re only just starting. Each only has one season out so far, so fans are looking forward to a few more years of content (in the meantime, the wait is killing us). Each series is based on a manga; the source material for Demon Slayer is complete, and Jujutsu Kaisen is projected to end sometime in 2023. As we enjoy these shows, there’s a temptation to compare and conflate elements of each series. Let’s give into temptation, then, and decide which Hashira each of the four main characters of Jujutsu Kaisen would be.

Some context. The Hashira are the most elite warriors in the Demon Slayer Corps. Their titles are based on their Breathing Styles. These styles range from elemental (like Flame, Stone, or Water) to ethereal (like Sound, Mist, or Love). While the Hashira are the most skilled, no two are alike—in style or in personality. With that understanding, let’s see how the characters of Jujutsu Kaisen fit in with this dynamic.

Unlike Kyojuro Rengoku (the real Flame Hashira), Yuji is very laid back. He’s quick with a joke and casual almost to the point of disrespect. He doesn’t apply himself with extracurricular activities despite his exceptional innate abilities. In fact, the only reason he ends up cursed in the first place is because he joined a club at school that would require the least work and commitment. On the other hand, Kyojuro approaches everything with passion and intensity, whether that’s slaying demons or eating dozens of boxes of bento. With that difference it’s tough to justify Yuji as the Flame Hashira, but it’s how he and Kyojuro are similar that seals the deal—each feels the strong compulsion and obligation to help those who are weak or powerless, and each is willing to take that obligation to the furthest extremes. Yuji feels a great sense of compassion and responsibility for those around him, and greatly emphasizes the value of human life. If he’s pushed far enough, we see just how intensely he feels this compassion and responsibility—like when one of his close friends is used and killed by a cursed spirit. Yuji is prepared to sacrifice himself to save others, being fixated on the idea of dying well. While this isn’t requisite for a Flame Hashira, it is a feature that he shares with Kyojuro. It’s about heart, and Yuji has it in abundance. It’s easy to see him living the advice Kyojuro gives Tanjiro:

“Go ahead and live with your head held high! No matter how devastated you may be by your own weakness or uselessness, set your heart ablaze. Grit your teeth and look straight ahead.”

This one has a pretty obvious connection, but that doesn’t make it any less valid. Fushiguro uses Cursed Energy for his Ten Shadows Technique, which summons various animal companions (called shikigami) to help aid him in battle. These shikigami include dogs, frogs, an owl, an elephant, and even a serpent. It stands to reason that he would master Serpent Breathing, which was actually created by the real Serpent Hashira, Obani Iguro. Iguro and Fushiguro have more similarities than just their names. Each holds himself and those around him to a very high standard. They have little outward empathy or consideration, but are highly motivated by the desire to do the right thing (Fushiguro was a terror to school bullies even without any jujutsu abilities). Each is plagued by their past and their family, and seeks to leave behind a better legacy than they were born into. If the Serpent Hashira has to be a tortured introvert with massive power and a hint of kindness buried under a dark exterior, Fushiguro has us covered.

Kugisaki is mostly unlike Sanemi Shinazugawa when it comes to temperament, but they share one feature that defines their fighting styles and the way they live their lives: their willingness to sacrifice in order to achieve their goals. Neither of them maintains any notion of self-preservation when the time comes to get the job done. Sanemi possesses a rare blood type that demons crave, so he’ll inflict injury on himself to lure them out, then use his devastating Wind Breathing technique to inflict his punishment. Kugisaki showed similar self-sacrifice when she became poisoned with Eso’s blood. Eso used his Decay technique in an attempt to end her life, only for Kugisaki to drive nails through her own arm using her Resonance technique to cause Eso and his brother so much pain that Decay is released. Kugisaki will do what it takes, no matter the cost, and that would translate well with her being the Wind Hashira.

Gojo is hard to nail down. Currently the most powerful jujutsu sorcerer in the series, you can’t easily assign him anything other than what should be the “best” Breathing Style. In this case, that would mean he would master Sun Breathing, which is the style that all other styles stem from. It’s incredibly rare to find and difficult to master. Even the creator of the style had to adapt and adjust it into new forms because no one he taught could master it. Sun Breathing is awesome, but perhaps a bit too special to assign in this format—even to Gojo. Why Water, then? If he can’t have Sun Breathing then shouldn’t Gojo be able to make up his own style, like we see with Sound, Serpent or Beast? In fact, Water almost seems like it ought to be the last choice—it’s the form with the most practitioners since it’s relatively easy to learn, and it doesn’t stand out as particularly powerful compared to other styles. An argument could be made, however, that there is potency in simplicity, and that Gojo understands this better than most. His technique, Limitless, harnesses the power of Infinity, manipulating the infinitely small space between objects to make it so that nothing can touch him. Beyond that, he uses only three moves. These expand and manipulate the reality of infinity with varied effects. The concept is simple, but the mastery takes something special. The same is true of Water Breathing. On the surface, it’s straightforward and teachable. Taken further, it becomes a powerful and beautiful style with devastating effects. Look no further than the Eleventh Form of Water Breathing, created by Water Hashira Giyu Tomioka: Dead Calm. This form stops all movement and prevents any incoming attack with imperceptible speed. Sounds a lot like Limitless.

There you have it: the main characters of Jujutsu Kaisen as different Hashira in Demon Slayer. There are obvious limitations to exercises like this, but with what context we have it’s interesting to compare and contrast two universes. Does this add more depth or breadth to these characters or their worlds? Do you appreciate one of them more or less now? Is this what you needed to start one or both of these series? Whatever the case, no matter where you are in your consumption of and appreciation for either of these series, you’re in for a treat.