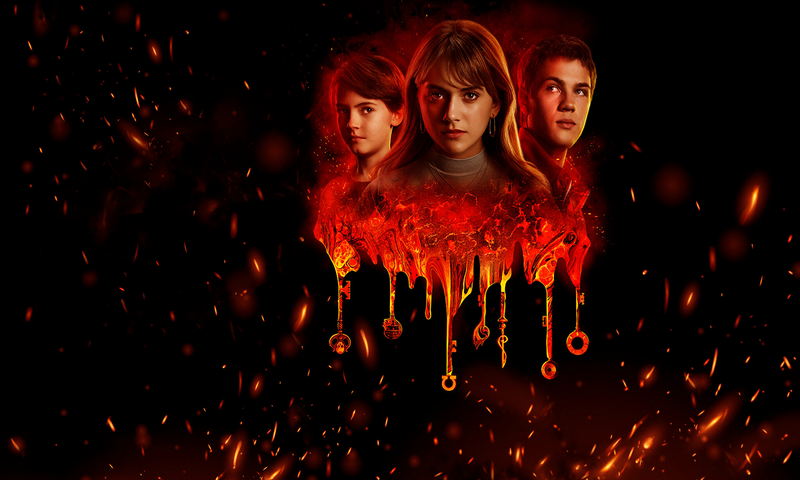 The recent debut of Season 2 of Locke & Key has brought in new keys with a range of powers. Each key holds unique abilities passed to its user when the key is exploited. In addition to the keys discovered in Season 2, there is enough power to rule the world, or at least do whatever one desires. When dealing with Shadow Demons or fleeing the likes of Dodge, every key can aid in some way, and even be helpful in everyday life.

Let’s review some keys featured in the series and what makes each one useful. After all, we could all use a little help from magic keys every once in a while.

The Anywhere Key allows the holder to go anywhere in the world, as long as there is a door to get there. Imagine going from country to country, wonder to wonder, in no time at all. Seeing long-distance friends becomes no problem, and passing through customs in the airport is a thing of the past. Of course, all this is possible provided that Dodge isn’t on your tail, as that’s when things tend to become complicated. Dodge uses the Anywhere Key to hop countries and pick up items, all while having fun. Oh, and murdering an innocent child along the way, but hey, it’s all a part of the journey with the keys.

Ever wanted to practice mind control? Then look no further than the Music Box Key. When the music from this Key’s matching box is heard, whoever is holding it can make someone else do whatever they want, like when Kinsley embarrassed bullies, or got people to complete more devious objectives for her. Compelling others to run errands or do chores offers a solution to life’s mundane tasks. This key has its limitations; you just need to be sure the music can be heard by the person being controlled. Regardless of the reason why, the Music Box Key offers an easy way to utilize others to your advantage.

The Mirror Key offers the most terrifying way to kill your enemies. The key works by being inserted into any mirror, at which point anyone can enter it. But should the key be removed, whoever is inside is trapped forever. Dodge told Bode this key was used to speak with the dead, an outright lie that ended up landing Nina trapped inside a mirror. If you cannot talk the person into walking through the mirror, then a shove will suffice. The person becomes stuck in a warped funhouse mirror maze, except think of it as less “fun” and more prison-like. Just be careful not to walk in yourself. Escape is possible, but the longer a person is trapped, the more they forget. It has a practical use, but those with experience using keys would know how to avoid it. This key’s design can help get rid of pesky solicitors, but that might be a fate too cruel for even them.

If you’ve ever dropped your favorite coffee mug for the upteenth time and hate using super glue to fix it, the Mending Key would be the one for you. Simply place the broken item in the key’s cabinet, close then open the door using the key. Magically, the item will appear brand new. Nina Locke tried to achieve this effect with her husband’s ashes but to no avail, as the key does have its limits. The key is most useful on simpler items, like a phone screen that is completely shattered. This key might be the most useful in everyday life but is honestly a bit mundane until a deeper meaning is brought to the key’s purpose.

Have you ever wanted to be someone else? Even if only for a day? Then look no further than the Identity Key. This magical key is used to change into anyone in an instant. Dodge used this on Ellie to make her appear as Dodge so that the Lockes would throw her in the black door, thinking they were sending Dodge where she came from. Or you could be a little less overtly sinister — though still morally questionable — and morph into your favorite celebrity and experience the luxuries they have for a day. Influence the world by changing into a politician or other person of power! Power lies within influential people, and this key allows you to become any of them.

Finally, the most useful key of them all. Unlocking the mind is the first step to greater awareness of oneself. While this is meant to be taken as a metaphor, the Head Key takes it literally. The user can walk into their own mind or the mind of others and alter their memories. That time you tripped and fell in the cafeteria and spilled milk everywhere in front of everyone? Gone. Recalling where the other keys in this list are hidden? Gone. This is mind manipulation at its best. Minds can be easily changed and memories completely altered, all with a key inserted at the nape of the neck. It’s useful for those of us who cannot remember where the car keys are… or are interested in psychology (this would be a psychologist’s dream, let’s be real). Just be sure to keep your fears in check, or they might cause trouble later.

To see the keys in action, check out Locke & Key Season 2 on Netflix.

Ivy
Ivy Siltala
Lover of the cozy things in life, like Harry Potter on a rainy day. Also holds an average amount of Star Wars trivia.