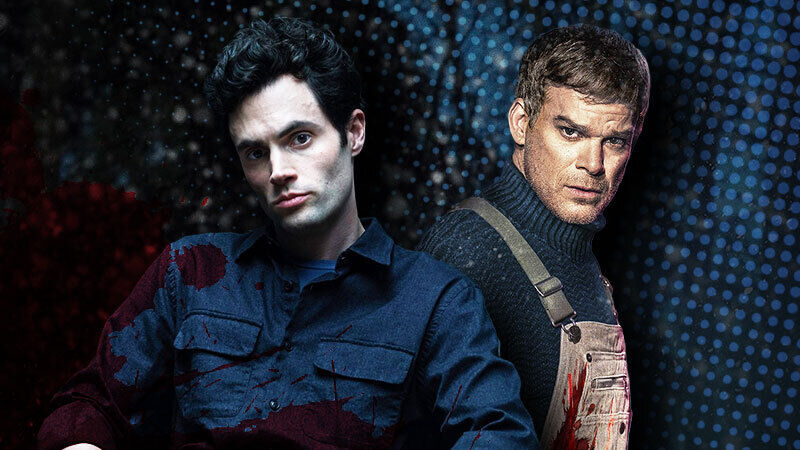 With the third season of You recently released on Netflix and Dexter聽back on Showtime for a new 10-episode miniseries called Dexter: New Blood聽(of which two episodes have already aired), what could happen if the fictional characters at the center of these two series met and faced their Dark Passengers together?

Imagine Dexter Morgan and Joe Goldberg meeting, given some of their similar characteristics. Joe ends up in Miami — or Iron Lake if we’re in the New Blood era — after yet another move and he and Dexter bump into each other while doing research on the same victim. Would this be the beginning of a blossoming bromance, or would this dark duo eventually tear each other apart? Let’s explore the possibilities and find out!

Dexter Morgan, with his established moral code, given to him by his father-figure Harry Morgan, could potentially put Joe Goldberg on his table of justice; however, he has been deceived before by former budding serial killer and partner Miguel Prado. One of Dexter’s weaknesses is socializing, since he spent the majority of his life numb to any emotions besides the desire to kill, and while Joe may be an odd character, Joe charms his way into the hearts of those who get close to him.

Joe would point Dexter in the direction of anyone who he needs to be eliminated who also fits into Dexter’s moral code of killing. Meanwhile, Joe would hide the true reasoning behind these victim lists; to stalk and manipulate innocent women he obsesses over.

Their teamwork could make their dark dreams work. Dexter’s tasks could be cut in half for him and Joe can continue his journey of finding a woman that meets his standards while keeping his hands clean of the murders surrounding them. That鈥檚 a dynamic that could possibly create a blood-covered path to serial killer success.

Putting the killing aside for a moment, one aspect that would be equally beneficial for both Dexter and Joe would be bonding over the similarities they’ve experienced on this dark journey. For instance, Joe Goldberg’s encounter with Love Quinn mimics what Dexter endured with Lila West. These two could not only compare and learn from each other’s experiences in these past relationships but it could also serve as a cautionary tale to each other on what is to come if their moral boundary gets crossed during this partnership.

Unfortunately for Joe, the majority of his past does cross that line for Dexter.

Dexter may be less skilled when it comes to friendships and relationships, but he is incredibly thorough when it comes to his killing. Eventually, Dexter would grow suspicious of Joe’s intentions and start stalking him, while also digging deeper into his past. Dexter would soon piece together Joe’s pattern because it takes a killer to know a killer. Dexter would call Joe and say the next victim has been placed in Joe’s glass box and that he needed assistance with this murder, and upon Joe’s arrival Dexter would swiftly knock him out with his syringe of justice.

While they would rid the world of many monsters and benefit from one another, I can’t see the ending being happy for both of them. Despite both being fathers and having traumatic pasts that led them to be killers, Dexter will always put his code of killing before anything else, and that is why Joe is destined to end up on Dexter’s table inside of his own glass box.