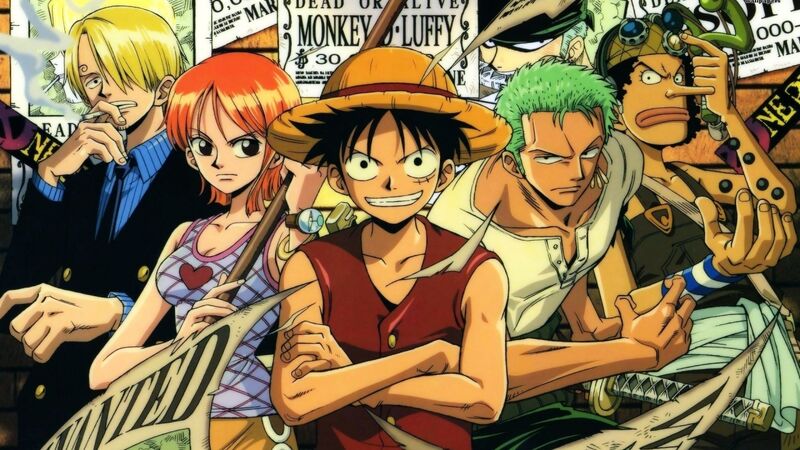 What if One Piece had Pokémon?

There is extensive fan fiction, anime figures, and merch when it comes to Once Piece and Pokémon crossovers. If only this storyline could work its way into the actual canon. Adding Pokémon into the epic battles and adventures of the One Piece world, even just for a couple of episodes, could be something quite unique and exciting. So, let’s figure out which Pokémon would best fit with each Straw Hat Crew member if they had the option.

For Monkey D. Luffy, it seemed fitting to pick a monkey-type Pokémon. So Luffy might pick Aipom, who is happy-go-lucky like himself. However, this quick monkey also has a hand on its tail that can pack a powerful punch, just like Luffy.?Although Luffy will have to watch out for his mischievous side since Aipom is a bit of a pickpocket. I’m sure Luffy can convince him to use it for pranks or gathering intel, rather than stealing loot. This purple energetic monkey will be the perfect match for Luffy.

Zoro and Doublade could be a powerful pair. This fighting combo could be epic, adding two more blades to this swordsman’s fighting and the ability to communicate telepathically for seamless fighting collaborations. It would definitely be an interesting adjustment to Zoro’s fighting style Santoryu to add two more blades into his technique. This Pokémon could also help him train and evolve his craft with its unique skills and moves so that he can achieve his dream of becoming the greatest swordsman in the world.

It was challenging to select a Pokémon for Nami. She could choose a fierce orange Pokémon like Charizard that could represent both her stubbornly passionate personality and the color orange representative of her childhood growing up with Bell-mere on her tangerine grove. But she might favor Meowth since Nami was nicknamed the “Cat Burglar” ?for her propensity for stealing treasure. And Meowth can also produce coins to appease both of their treasure obsessions. For sneaky operations, this cat-like Pokémon might be the best match for Nami.

Usopp might pick Nuzleaf for his ability to play music to help comfort his nerves or maybe due to their similar appearance. Nuzleaf can also be helpful with his flute by playing music that will fill enemies with dread to give enough time for Usopp to escape. Or Nuzleaf can attack them with leaves to help Usopp to defend himself. This Pokémon could also be a helpful lookout and climb up high when needed to assist the Straw Hats resident sniper.

For Sanji, it would be interesting if he had a Pokémon that could help during fights as well as help him in the kitchen. For this reason, he’s might pick Scyther. Its powerful bladed arms could help him cut down on prep time when cooking large meals for the Straw Hat Crew. Scyther is also a great hunter and could help catch food for Sanji to cook up. When in forests, jungles, or grasslands, Scyther would also be great for gathering intel or carrying out stealth missions with his ability to camouflage.

Chopper could potentially pick a deer Pokémon like Stantler or Deerling. Still, I think he’s much more likely to pick Ditto, who has shape-shifting abilities like him. While chopper can turn into a human or human hybrid, Ditto has a much stronger ability to transform into any other Pokémon and anything it sees, including objects. I think they could learn from each other and create a strong bond.

As the archeologist of the group, Nico Robin, might like Cofagrigus, a sarcophagus-looking Pokemon. It could help decipher and understand information with its ancient knowledge. This Pokémon also has four long-reaching arms and could work together with Nico Robin and her abilities to turn enemies into mummies in the Pokémon’s coffin.?There would be numerous opportunities to collaborate on attacking opponents between their abilities.

A great duo for this crossover concept could be Melmetal and “Iron Man” Franky. This cyborg might feel right at home with this steel Pokémon since they sort of resemble each other. ?I’m sure Melmetal could give him a lot of tips on upkeep and upgrades. Melmetal also has one of the strongest punches of all Pokémon and could be very helpful to win fights.?With their similar fighting style, they could become a force to be reckoned with in the end.

The crew musician, Brook, might want a Pokémon with some sort of musical talent. For this reason, he might pick Rillaboom.?He could enjoy jamming out with this intense gorilla lookalike and create some great music together.?Rillaboom also uses his drumming for fierce attacks. So these two could jam out while also crushing enemies at the same time.?Maybe this would inspire a small band for the Straw Hat Crew.

And finally, Jinbe, a whale shark, might feel at home having Sharpedo, a shark Pokémon, by his side. Sharpedo is a strong and independent Pokemon so this could make for a difficult match at first. But Jinbe, Knight of the Sea, can also teach this Pokémon, nicknamed “the bully of the sea,” about making peace with humans, and hopefully bring out a more gentle side. With Jinbe navigating the friendship this might make for a great duo, with a little work.

Ingrid Adames
Ipadames628
I'm a Freelance Writer, Editor, and Social Media Manager. If I'm not writing, I can usually be found playing my switch, binge-watching anime, or a new show. I'm also a host on the podcast Project Rewatch.