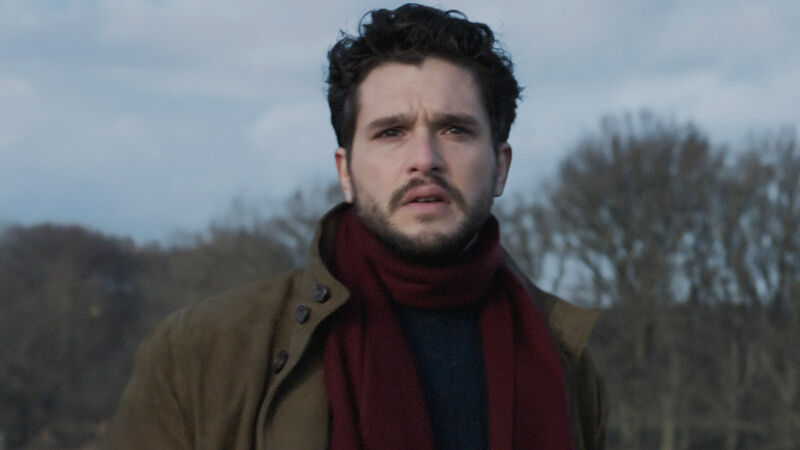 What If the MCU’s Black Knight Embraces His Villainous Legacy?

SPOILER WARNING: The post-credit scene for Eternals is discussed below.?

Very few Marvel heroes can chase their mantle back as far as Dane Whitman can, but few would want to if their past was as dark, violent, and sinister as his mantle, the Black Knight. Throughout the comics, the Ebony Blade is the chief weapon and primary corruptor of the Black Knight, dating all the way back to the court of King Arthur, when Merlin forged the sword from the meteorite, Starstone, and gave it to Sir Percy. From that point on, it was passed from one Black Knight to the next, granting them enhanced power, protection from magic, protection from death, and multiple superhuman abilities. Most importantly, however, it fed on any bloodshed, rage, and malice from its wielder. After centuries of violence and villainy, the cursed sword has the power to possess its owner and draw them toward a life of marked wickedness, something some of its owners have been more successful at curtailing than others.

In the MCU, the current owner of the Ebony Blade is?Dane Whitman, a history professor in London. His comic book counterpart is similarly brilliant and aims to redeem and take up the mantle from his villainous uncle, Nathan Garrett. We have yet to meet Dane’s uncle in the MCU, though he’s briefly mentioned in Eternals as someone Dane has some issues with.?The end of Eternals makes it clear can expect a lot more to come from Dane and while certainly there’s hope he’s on the path towards becoming a hero, here’s what could happen in the films if Dane became entirely corrupted by the blade. Where could this darkness lead him?

While Sersi and the Eternals now seem to have a great deal on their plate, the first stop on a possible villainous descent for the Black Knight would likely be one of coercion. Sersi’s love for Dane and her unbelievable powers would be an essential and limitless tool for a corrupted warrior. Using his relationship with Sersi, the Black Knight could cause intergalactic chaos and sow detrimental seeds of violence on multiple worlds.

In case you missed it in Eternals, before Dane could pick up the Ebony Blade, another kind of?Blade stepped in to offer a word of caution. Eric Brooks, or Blade as he’s better known, isn’t just any house guest. As a staple of his own comic series and a key character in several others, he’s the famed dhampir, vampire hunter, and weapons master with decades of training and fighting against the supernatural. Blade’s apparent understanding of the Ebony Blade makes him a clear hindrance to a potentially evil Dane’s path of turpitude. If Dane gave himself entirely over to the raw power of the Ebony Blade, he could potentially survive an encounter with THE deadliest vampire hunter.

Joining Baron Zemo and
Teaming Up with Kang

In Avengers Vol 1 #6, Nathan Garrett, as the Black Knight, was a core member of the Masters of Evil, led by Baron Zemo. Most recently in the MCU, following his run in with the Falcon and the Winter Soldier, Zemo has an unsettled, unfinished desire to unleash an intricate web of double dealing and ferocity to bring down any radicalized super team. The jump from page to screen lends itself naturally here, as a darker Dane, corrupted by the Ebony Blade, could readily join forces with one of the most well-connected, strategic, and deceitful villains in the MCU.

However, a more looming villainous presence (that could easily entice a wicked Black Knight) has recently cast his shadow over the MCU. Comic book baddie Kang the Conqueror, the time-traveler, super genius, tactical master, hyper tech-laden, repeat-defeater of the Avengers, made his debut, of sorts, via the variant referred to as?He Who Remains in Loki. Following his disastrous encounter with Loki and Sylvie, a prevailing timeline has been created where Kang seems to live up to his supposed title as conqueror. Within the comic world, Kang’s quest for domination led him to face off against the powerful being, Grandmaster, in a wager of battle involving the Avengers and the Black Knight. Seeing as the MCU has all these key pieces and characters in place, the Black Knight could have ample opportunity to align himself with the master of time, dwell in his wake of destruction, and waltz through time to do immeasurable damage.

A central part of the Black Knight’s journey in the comics takes him to Weirdworld. A realm of mystical beings, unmatched sorcery, and perverted science, untapped yet full of life and strength. Dane is overcome by the Ebony Blade and takes the throne from the existing king and creates legions of deadly creatures, renaming it New Avalon. Back in the MCU, both the Quantum Realm and the Multiverse are now in full swing, allowing for countless kinds of potentially odd planes and beings to emerge, and in the case of the Black Knight, he could readily assert his role as usurper and tyrant within these confines.

Going unchecked in a mythical world, we could reasonably expect the Sorcerer Supreme and the Scarlet Witch?— should Wanda Maximoff continue to be able to overcome her own darker side — to sense Dane’s malice and seek to quell it. However, as it is in the comics, the Black Knight’s resistance to magic may make him an untouchable foe against the likes of Doctor Strange or the Scarlet Witch.

We’ll have to wait and see just what the Black Knight becomes as the MCU deepens and expands in unexpected ways.

Click the link below to see what Eternals director Chloe Zhao and Kit Harington (“Dane Whitman”) told us about Blade’s offscreen debut.

Jaren Jolley
Jarenjolley
Writer. Fan. Host of the podcast Every Fan for Himself. Retired Court Jester.