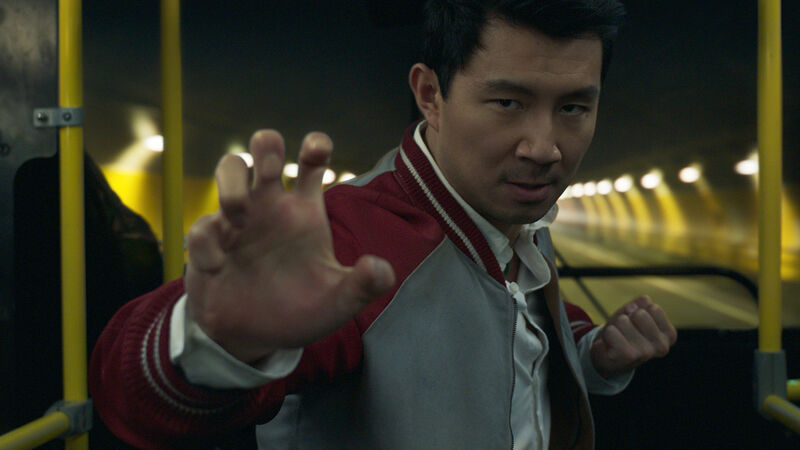 Shang-Chi Versus Other Icons of Pop Culture

Shang-Chi and the Ten Rings gives us some of the Marvel Cinematic Universe’s best fight sequences, and a new (super)hero with incredible martial arts prowess. Not to mention a bunch of magical rings that give him incredible superpowers. We speak to fight coordinator on the film, Andy Cheng, who gives us the lowdown on Shang-Chi’s fight style before pitting Shang-Chi, aka the Master of Kung Fu, against some of the characters from other movies he’s worked on to decide who would win in a head-to-head. Are you ready for this? Fight!

“Shang-Chi is using his Shang-Chi style,” says Andy Cheng who has worked in his capacity as fight coordinator, action coordinator, or stunt man on a number of high-profile movies and TV shows. These include The Amazing Spider-Man, The Green Hornet, Bionic Woman, Twilight, Mission Impossible III, Daredevil, The Scorpion King, as well as a Punisher short, and numerous Jackie Chan projects. Don’t worry, we’ll get to them all.

“We don’t want to box him in, you know?” continues Cheng by way of explanation. “Because if you know the original [comic book] content, Shang-Chi is based on Bruce Lee, and Bruce Lee is a kicker; he uses a lot of kicking. So one of the things we make sure Shang-Chi [is is a kicker] because out of all the Marvel superheroes no one is isolated as a kicker. We wanted Shang-Chi to do a lot of kicking because also Simu Liu [who plays him in the movie] can kick. So that’s kind of weaving in the Bruce Lee.

“Also, the Bruce Lee idea is that ‘no form is form’, so we always don’t want to box him in. We don’t want to put him into one style, we want him to be multiple styles because Shang Chi’s title is ‘The Master of Kung Fu’ which means he has everything [nailed]. In the movie, we make him have everything. We don’t say he has only Tai Chi from his mother. He also has his [the influence of his] father … but then also he has his kicking and is doing some kind of parkour, and everything. So, we make him look like a Jackie Chan, but he looks like there’s something else [too]. That’s the whole idea we want to create … no style is a style.”

Got it. Which gives Shang-Chi a very sharp edge even before you factor in that he’s in possession of the magically powerful Ten Rings. So, let’s begin with a rewind to 2002 and The Scorpion King, which Cheng worked on. How would Shang-Chi do in a showdown against the Rock’s Scorpion King?

Shang-Chi Vs the Scorpion King

“I think without the Ten Rings maybe, maybe they can fight equal,” says Cheng. “They could be very close because, you know, the Rock is really, really good. Scorpion King is a really great character, though Shang-Chi can run away from him because he’s [like a] snake; he’s smaller. But the Scorpion King is pretty big. So it’s not easy to knock him down. So I will peg them equal.”

So, is it the case that you’ve got to take out your opponent’s strengths in order to beat them? Is it the case that Shang-Chi would have to disable the Scorpion King’s key strength – his size – somehow if he’s to win?

“No, sometimes it’s not [the case],” says Cheng. “Sometimes, when you beat somebody you don’t have to take out the strength. Sometimes, you hit in the right spot with the right timing, you can knock out somebody even if they are stronger than you in strength or skill. But it’s just like boxing. If you watch boxing in real life, it’s not always Mike Tyson that wins … somebody can beat him, but it depends on the timing. Sometimes, it’s in one hit and perfect timing that you win.”

Okay, cool. So what about Daredevil? Cheng worked on the 2003 film about blind lawyer vigilante Matt Murdock, starring Ben Affleck in the title role. Cheng says without missing a beat: “I think Shang-Chi would win.”

“Because Shang-Chi has the Ten Rings and Daredevil is blind, so he’s got some advantage,” says Cheng. The whole point of Daredevil is that he’s a better fighter because he’s blind. But, of course, we haven’t seen him tested against the power of the Ten Rings and a fighter in Shang-Chi that could at least match his fight skills. Is there any way in hell that Daredevil might put up a decent fight?

“You know, the Ten Rings are very powerful…” begins Cheng. “I think they could be destroyed because Daredevil has a double stick [his Billy Club]. I think the Ten Rings are much stronger as a weapon [making them hard] to cancel. If they’re both using their superpowers, I think Shang-Chi has an advantage.”

If you took away the Ten Rings, would Shang-Chi still win?

“If we just take the human strength, they could have a good fight but with the rings then [there’s] no fight [at all].”

The next opponent we’re pitting against Shang-Chi might be ‘only’ human but he’s an exceptional one, able to action incredible feats most of us couldn’t even perform in our dreams. Who are we talking about? Mission Impossible’s Ethan Hunt, of course, played by real-life superhero and stunt supremo Tom Cruise. Cheng worked on 2006’s Mission Impossible III, and also worked with Cruise previously on Michael Mann’s Collateral in which Cruise plays a deadly yet charming hitman.

“That would be very interesting,” says Cheng. “I would say they could be tied because [Ethan Hunt] has a gun, so we have a modern-day weapon [in the mix]. Maybe the Ten Rings can protect [Shang-Chi], blocking bullets kind of like Wonder Woman. Also, I really admire Tom Cruise. I think he is such a great talent so I don’t want him to lose yet. So they can be equal because I still think Cruise is one of the [few] Hollywood actors that do a lot of their own stunts so I want to give him a lot of credit for that. I don’t want him to lose here, I think he should keep going [to] Mission Impossible 10.”

Shang-Chi Vs The Green Hornet

Cheng is clearly conflating Cruise with Hunt but we’re cool with that. They both have skills. Moving on, some of you reading this might remember a movie called The Green Hornet from 2011 in which Seth Rogen played masked crimefighter, Britt Reid — aka the Green Hornet — a character who originated in a 1930s radio programme. Cheng did stunts on the film.

“For sure, Shang-Chi would win,” says Cheng. “Because the Green Hornet doesn’t have a superpower; no chance. He’s not even close.”

Hmm. And that’s despite the fact that the Green Hornet has a gun that electrocutes, bullets that launch angry green hornets (yikes), and a technologically advanced car.

Shang-Chi Vs the Bionic Woman

Cheng also worked on a short-lived series in 2007 that rebooted the Bionic Woman and starred British soap star Michelle Ryan in the lead role. After a car accident, Jaime Sommers’ body is rebuilt with cybernetic enhancements that give her increased speed, strength, and other superhuman abilities. In the original series, which aired in the 1970s, we saw her run faster than 100 miles per hour, outpacing a race car, and also crush guns and throw objects (and people) long distances. Her enhanced hearing also gives her the ability to hear sounds from miles away giving her an edge in any planned ‘surprise’ attack. So what about Shang-Chi versus the Bionic Woman, then?

Shang-Chi Vs Edward Cullen (and Blade)

Another tie under Shang-Chi’s belt later, if the ‘no dying’ thing is a factor, how would Shang-Chi do against a vampire? Cheng also worked on Twilight, so what about Edward Cullen versus the Master of Kung Fu?

“He would never die, too,” ponders Cheng. “I think in physical fight scenes, Shang-Chi gets the upper hand but Edward never dies. So, he’s invincible — he can keep hitting him and he will just get up again. You get up again, you never die…”

Unless Shang-Chi puts a stake through his heart.

“Yeah, but Shang-Chi doesn’t have [a stake]!” says Cheng. “He only has the Ten Rings — he doesn’t have sharp objects, it’s all circles. So he would never stake him.”

Good point. Shang-Chi hasn’t really thought it through. So what happens if he comes up against Blade in the MCU? Because he’s a vampire, too.

“That would be interesting,” muses Cheng. “The same thing although I think now I will lean towards Shang-Chi. Because Shang-Chi is more popular. With all the fans, the audience, supporting Shang-Chi he’s gonna win, for sure.”

These are interesting calculations.

Here’s a biggie. As we said before, Cheng worked on The Amazing Spider-Man so now seems like a good time to ask him how a fight between the web-slinger and Shang-Chi could go down.

“If you know the [comic-book] Spider-Man, [his] master is Shang-Chi,” says Cheng. In the comics, Shang-Chi trains Spider-Man in martial arts when the wallcrawler loses his spider-sense, working with Spidey to develop a unique fighting style that would complement his spider powers when they returned.

“So Shang-Chi teaches Spider-Man how to fight when he loses his powers. [Which means] they will be master and student, so possibly [the winner would] be Shang-Chi because Spider-Man, with all due respect, will on purpose let him win. He is his master; you cannot beat the master. The student respects.”

Shang-Chi Vs the Punisher

Another win for Shang-Chi, then, even if it is a victory gifted to him. A win’s a win. How about the Punisher, given that, like Ethan Hunt, he too has guns?

“Wow, the Punisher… interesting,” says Cheng. “But same thing, I think Shang-Chi will win. The Ten Rings are so powerful, the Punisher — I don’t think he can handle it.”

And without the Rings involved?

“The same thing without the Rings even. Physically, I think Shang-Chi is much more handy than the Punisher.”

But what about the guns?

“Shang-Chi has the Tai Chi [skills],” says Cheng. “I think with the movement he can dodge the bullets and then also he has his father’s side [in him]. Shang-Chi is a master of kung fu so he definitely has the skill to knock him down.”

“Oh, that’s good!” says Cheng. “I would say [it would be] very hard to beat the legend. So I will give [the win to] my master [Chan]. You know he’s going to win because Jackie Chan has many, many, many different styles. He can dodge the Rings. He’s very good with juggling, so he can take the Rings and juggle them and swing them away. So he may have a chance.”

He also posits that Jackie Chan may have a little more audience love that would lift him.

“And maybe, maybe, maybe if I lean into him, maybe [there’s] one more role for me [in a Jackie Chan film],” Cheng laughs and thinks some more. “But Shang-Chi, of course, if he is using his Ten Rings, then Jackie Chan is just a human being…”

Juggling skills or no juggling skills, the Ten Rings makes Shang-Chi very hard to beat, even for Jackie fricken Chan.

Watch Marvel Studios’ Shang-Chi and The Legend of The Ten Rings now on all major digital platforms and get it on 4K Ultra HD, Blu-ray, and DVD from November 30.

For more MCU goodness, check out our interview with the stars of Hawkeye below.