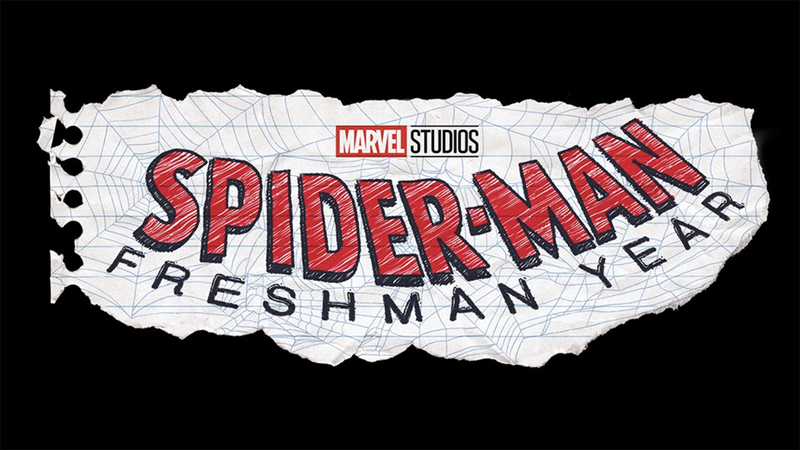 Ever since the animated Spider-Man: Freshman Year was announced, fans have been wondering how the 2024 Disney+ series will sync up with the existing film versions. The series was initially described as a prequel, telling stories set prior to Peter Parker’s debut in Captain America: Civil War, but then information revealed at San Diego Comic-Con sure seemed to signify that what occurs in this show simply can’t line up with what we know of the MCU Spider-Man.

And indeed, as it turns out, the show will take a What If…?-style turn where, instead of meeting Tony Stark, the young hero encounters Norman Osborn – one of a number of notable differences for this Peter from the one Tom Holland plays.

Many will recall Norman Osborn as the tech tycoon who eventually becomes the Green Goblin in the comics as well as the Sam Raimi Spider-Man films. That latter version went on to appear in Spider-Man: No Way Home. That’s one clear change in the MCU Spider-Man mythos, since Holland’s Peter never knew any version of Norman prior to No Way Home, but there will likely be many more with this notable cast of characters.

When it comes to comic-based animated series’, the people behind the scenes often look at decades’ worth of comics and cherry pick the characters they want to work with to bounce off of the lead. Here’s a look at who some of these players are and how they might work with this incarnation of the wonderful Web-Slinger!

Over the decades there have been many takes on the Peter Parker/Norman Osbon relationship. Sometimes, he’s just Peter’s friend, Harry Osborn’s, dad. Other times, he sees the brilliance in young Parker and takes the kid under his wing. It seems like that will be the track taken in Freshman Year, but with a twist.

In one still shown at the panel, Spider-Man stands in front of Osborn in his initial, homemade costume. Presumably, Norman will be the one who helps him get his suit to the next level, instead of Tony Stark. This closer relationship between Osborn and Parker will not only give the potentially burgeoning villain influence over Parker, but likely will also make their eventual enmity all the more heartbreaking for the constantly guilt-ridden hero.

The inclusion of Harry Osborn in this mythos is an interesting move. He seems to come part and parcel with Norman, though he and Peter have had their own rocky relationship in the comics. Initially, Harry thought Peter felt like he was better than everyone else, though Peter was actually simply distracted by his own complicated life. They eventually became friends and roommates, but eventually enemies when Harry carried on his dad’s Goblin identity.

This also raises the question of Ned Leeds. The original source material version of Ned?was actually a reporter for the Daily Bugle. That version of Peter did not really have close friends in high school, as he wouldn’t meet Harry until college. The filmmakers seemed to want a different vibe with Peter’s best friend, so they reinvented Ned to the popular version played by Jacob Batalon in the MCU films. But with Harry in the mix in Freshman Year, he could take on more of his classic role. However, another character revealed for the show raises even more…

At the SDCC panel, Nico Minoru was specifically name checked as Peter’s best friend in Freshman Year, making a role for Ned all the more doubtful, while also making it interesting that Harry is around as well. Nico originally appeared in Runaways, a comic wherein a bunch of kids discover that their parents are secret villains. In Nico’s case, her folks were evil wizards and she wound up wielding the Staff of One, a mystical artifact that allowed her to use a particular magical spell, but only once. She has gone on to become one of the major mystical forces in the Marvel Universe.

This will mark Nico’s second appearance in a TV series as she previously showed up in the Hulu Runaways show. Nico has no strong ties to Spider-Man in the comics, but her presence in Freshman Year indicates that magic may play a larger role in this series than many of the previous ones. Perhaps Nico’s journey to become a magical hero will parallel Peter’s as Spider-Man as they both learn to control and utilize their powers.

One of the many reasons fans were confused about how and where this story takes place, prior to it explicitly being described as a different take on Spidey from the MCU core version, was because it was revealed that Charlie Cox has signed on to voice Daredevil in the series. He, of course, played the character in the Netflix series and has been firmly integrated into the MCU starting with Matt Murdock’s appearance in Spider-Man: No Way Home. However, Peter has yet to meet Matt in his costumed identity, but seems destined to encounter him much earlier in Freshman Year.

Spider-Man and Daredevil have had a long-standing camaraderie and understanding in the comics, though you probably wouldn’t classify them as good friends. It’s unclear how often the Man Without Fear will appear on the show, so he might be an occasional ally or possibly more of a mentor in the world of superhero-ing, assuming he’s an adult, as he’s classically depicted.

Another established hero to be revealed for the show during the panel is Doctor Strange. This is another divergence from the MCU core universe, because fans know that Spider-Man first met the magic man in Avengers: Infinity War. In one image shown, the Master of the Mystic Arts is flying in to help Peter Parker and Nico Minoru take on some sort of creature.

Even with them meeting in a different manner, it seems possible that the series will feature a similar connection between Doctor Strange and Spider-Man. However it seems equally likely that the aloof Sorcerer Supreme will be working more closely with the next character on the list.

Another interesting name that came up during the panel was Amadeus Cho. Mostly associated with the Hulk in the comics comics, he is a teen who also happens to be the eighth smartest person on the planet. After defending the Hulk and hanging out with Hercules, he became a totally awesome version of the Hulk himself, later going by the name Brawn.

Cho and Miles Morales have been on the Champions team together, but, like Nico, he has not had much interaction with Peter Parker in the comics. However, given their status as very smart kids, it’s certainly possible that Amadeus and Peter will bump against each other in a competitive manner in school.

While Norman Osborn may or may not be a villain during Freshman Year, there will be some familiar foes for Spidey to face… and some not so familiar ones. Villains announced at the Freshman Year SDCC panel included several who are very tied to Spidey in the comics, and some who are not, with names like Tarantula, Unicorn, Speed Demon, Rhino, Chameleon, Scorpion and the Wizard all revealed.

Among the more high profile villains, the many-armed menace known as Doctor Octopus looks very similar to his comic book counterpart. He’s known as an obsessive scientist who accidentally merged with the robotic limbs he developed for scientific purposes. Alfred Molina’s Doctor Octopus, of course, showed up in Far From Home by way of the multiversal shenanigans, and that version — first introduced in 2004’s Spider-Man 2 — had a decidedly more sympathetic side to him (when not under the control of a malfunctioning chip, of course), which it’s possible Freshman Year can tap into.

Of all the names tied to Spider-Man: Freshman Year, the one that perhaps caused the most head scratching is Lonnie Lincoln. In the comics, that name belongs to a super-strong, nearly impervious albino super criminal who goes by the professional monniker Tombstone. You might think that he would be one of the villains on the show, but if that’s the case, the creatives have decided to go with a very different set up for him, as he we meet him as one of Peter’s high school classmates.

No one revealed in Peter’s high school group exactly matches the classical depiction of the character, but Lonnie especially stands out, given he’s never been introduced at this age or in any sort of peer capacity to Peter. That doesn’t mean that the brains behind the series can’t shift some of the pieces around and develop a different take on Tombstone. However, that does mean that his role on the show and how it plays off of Parker remains a total mystery. Perhaps the two will share much more of a personal connection in their civilian lives that will be exacerbated if they square off in their powered lives.

Slingers (And Other) Personas

While on his journey to becoming the Spider-Man we know and loved, we learned at SDCC that Peter Parker will experiment with a variety of costumed identities in addition to the homemade looking one revealed at the convention. Along the way, he will adopt some of the looks that the comic version of Peter wore during a storyline when he was mistakenly wanted for murder, but still wanted to keep helping folks. During that time, Parker took on the identities of Hornet, Prodigy, Dusk, and Ricochet. Later on, those costumes were picked up by new individuals who came together as a hero team known as the Slingers.

At the panel, aside from Ricochet, all of the Slinger costumes were shown off as costumes/personas Peter will try along the way. In addition to the Slingers suits and the classic red and blue Spider-Man suit, fans also got a look at a white version with blue accents that resembles the one he wore when he was part of the Fantastic Four-affiliated Fantastic Foundation. Of course, as anyone who has played a Spider-Man video game knows, there are a huge number of variant costumes for the show to choose from. Better yet, the series could follow the comics and pass those costumes on to other would-be heroes to fill out the world, though we’ll have to wait until 2024 to find out when Spider-Man: Freshman Year debuts.