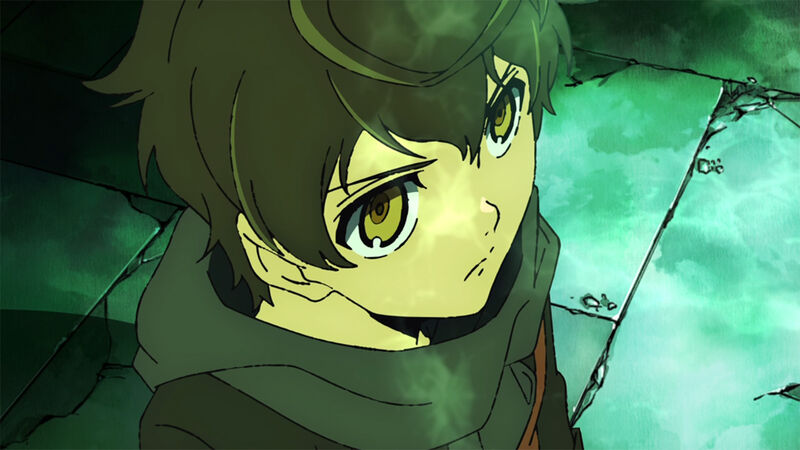 ‘Tower of God’: What Makes Bam a Different Kind of Hero

It originally began as a Webtoon manhwa by Korean writer and artist, SIU, in 2010 (an English translation came in 2014), but now?Tower of God has found new life as an anime in 2020; the first of the Crunchyroll Originals. The series might just be out of the starting blocks, but the gradually unravelling revelation that protagonist Twenty-Fifth Bam is as unique as they come is setting the show up to be a doozy.

The world of Tower of God is shrouded in mystery, its modus operandi being to slowly reveal the world, its lore, and its history as it plays out. Because of this narrative decision, Tower of God needed a character who could experience the unfolding of the story and the show’s world-building along with us; a protagonist as in-the-dark as we are, and just as confused and fascinated by this strange new world.

This kind of ‘audience surrogate’ protagonist – one who is on the same page as the audience, and asking the same questions – is nothing new in fiction. In cinema, one of the most famous examples is Neo from The Matrix: a man who knows nothing about the truth of the world, and who is led by the hand to discover it for the first time, as we experience it along with him. An audience surrogate is usually, at the beginning of the story at least, a blank slate onto whom we project ourselves. Personality, agency, and anything else that might mark him or her out as an individual, are deliberately avoided. Passivity and homogeneity are defining characteristics.

Audience Surrogates in Anime and Beyond

In anime, protagonists like this are the standard for isekai. There’s?Sword Art Online’s Kirito (more on him later) and, more recently, Satoru Mikami of?That Time I Got Reincarnated as a Slime. Even in non-isekai anime, many protagonists are written with a play-it-safe attitude, with perhaps some personality to their characters, but very little agency. Ash Ketchum from Pokémon and even Goku from Dragon Ball Z are?likable but little else; motivation and drive are not core aspects to their characters.

In fantasy and sci-fi literature, too, authors like Neil Gaiman are known for their audience surrogate protagonists. Shadow in American Gods and Richard Mayhew in Neverwhere are both clueless about the hidden world they’re about to acquiesce to stepping into, as they’re guided through by more knowledgeable and experienced supporting characters. These protagonists may take on a personality and a shape of their own later on but, for the first act or so, they serve as little more than the eyes and ears of the audience.

Bam is?Tower of God’s audience surrogate. Everyone he meets knows more about the world than he does. Supporting characters deliver expository info dumps, talk in riddles, or show Bam the world through their actions and abilities. All the while, Bam is consistently confused by, and in awe of, this new world which he is cautiously but courageously stumbling through. But it’s this same courage that begins to set Bam apart from more typical audience surrogates like Neo and Shadow.

An audience surrogate is grounded, like us; we are on a par. Neo is unknowingly plugged into the Matrix, and the implication is that, for all we know, we might also be living inside a computer simulation. Neo begins his journey getting to grips with this concept. Unlike the film’s other characters, he begins exactly where we are, stopped in his tracks by this outlandish notion. Similarly, Shadow in American Gods knows nothing about the war between new and old gods that’s brewing across the United States.

Both of these characters aren’t only clueless, they’re also ordinary (at least, at the beginning and as far as we know). Mysteries surrounding them and extraordinary capabilities might grow as the story progresses but, at the start, they are ‘normal’, blank pages with little-to-no personality. But Bam, by contrast, is a refreshingly unusual audience surrogate.

When Tower of God begins, we know nothing about the Tower and what it hides within, and neither does Bam. But we also know that there is a mystery swirling around Bam himself, something that isn’t there in other audience surrogates. We know by the midpoint of the first episode that Bam is what is known as an ‘Irregular‘: someone who was not chosen from within the Tower but, rather, entered the Tower from outside by their own means. Irregulars often have “extraordinary strength”, though we have yet to see Bam’s. A read of the manhwa will fill you in on a bit more detail about the tower and Irregulars, should you want it.

Crucially, we also know that Bam has a past he cannot remember. We can assume that this past is important and that it will be revealed in time. Bam already has an existing relationship with Rachel, the girl he is following through the Tower — the ins and outs of which we are yet to discover. All we know up to now is that Bam feels both bonded and indebted to Rachel for rescuing him from entrapment and loneliness; she offered comfort and friendship to a boy born into darkness, and taught him what she knew and played games with him. But who she is, where she came from, and even how she feels about Bam is still unclear. What we have been given, however, is the bare bones of a backstory, enough to feel pity for Bam and to root for him in his mission to find Rachel again.

Bam’s mysterious past is another way in which he’s an atypical audience surrogate — because we are not on even footing with him. This backstory, and his relationship with Rachel, also provide him with two more things to set him apart: agency and personality.

His desire — to find Rachel — is simple and clear, and it drives him forward. It bolsters him with an enormous amount of courage, which, in the very first episode, grants him the strength to pass the first test and look death in the eye. Bam is willingly swallowed by a powerful beast, risking immediate death, when he sees no other way to move forward. His dogged insistence on being reunited with Rachel means he will follow her no matter what. And while other blank protagonists, like Neo, often have love interests who provide them with suitable motivation, their relationship often comes later in the story; it is not an establishing motivation from square one. Bam’s clear motivation from the outset has us cheering him on from the word ‘go’, rather than riding the waves with him as he is passively carried along — often the way with audience surrogates.

A distinct personality for Bam is carved right out of the gate by giving him a goal to pursue. He is describable, rather than blank. Neo and Kirito almost repel adjectives at the beginning of their journeys; there is nothing rigid that defines them at the start. Bam, on the other hand, is tenacious, determined, brave, and resilient. And, by the end of Season 1, we’ll see even further character growth in him as the world opens up and his courage balloons along with his determination.

Bam’s goal, to follow and reunite with Rachel, might be a simple one. But with simplicity comes clarity, and in a world as mysterious and strange as that of Tower of God, a basic, clear motivation in the protagonist, along with a strongly defined personality, gives the series a backbone around which to build the mystery.

But if you’re thinking Bam might fall into the (tired and lazy) power-fantasy archetype, perfectly exemplified by SAO’s Kirito, you’d be wrong. Kirito is an audience surrogate who not only allows us a window into a new world, but also offers (male) viewers the luxury of feeling powerful and unstoppable through his actions and attitude. Kirito is a blank slate, but one who whose excessive power, marked out from Episode 1, makes him unbalanced and, as a result, bland. Kirito faces no challenges, and benefits from luck and luxury.

Bam is, therefore, a unique blend of blank slate and motivated hero. Bam knows little about the world, allowing us to project ourselves onto him. But he also has a pure, personal motivation that provokes his anger, engages his will, and inflames his courage when the odds are stacked against him. When he raises his sword to powerful foes on the second floor in order to stay in the game, he is doing so for the first time, with no training, and no skill. But the determination to achieve his singular goal drives him, and as the plucky underdog, we can’t help but desperately hope that he will survive and continue on.

Bam is clearly being written as someone important from the outset, but it is unclear exactly how he is important within the context of the story. It’s true that his status serves him well — he’s given the Black March sword in Episode 1, and he’s unfazed by the Shinsu water in Episode 2. So far so Kirito perhaps? No. Despite these advantages, Bam hasn’t become unbalanced and uninteresting like Kirito; the advantages he has been given do not make him a flawless, over-powered protagonist. He remains nervous and fearful; he is still outmatched. He still needs allies, help and support, information and guidance.

Unlike Kirito, he is imperfect — and will remain so — all the while being given enough of a mysterious advantage to keep him exciting, interesting and unpredictable. There’s a danger of the audience distrusting him because we’re in the dark, and like?Tower of God‘s other characters, we question why Bam is special. But this all serves to add dynamism to his character.

There is still so much to learn about Bam, and about Rachel, the Tower, and Bam’s new friends. But we do know that Bam is a likable protagonist who occupies a unique sweet spot between the blank slates and the power fantasies: two extremes that define the audience surrogate protagonist. Bam is something new, and it’s thanks to how his character is written and conceived that the show is able to captivate us from its very first scene, and will continue to keep us hooked.

Will Heath
Will S Heath