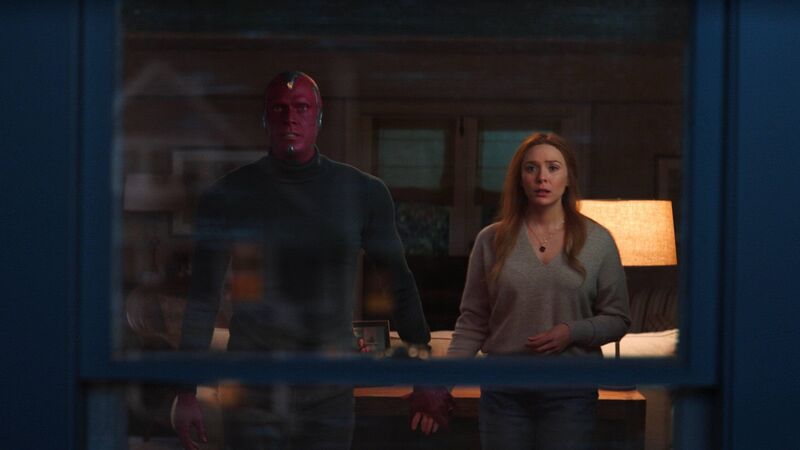 What the Consequences of ‘WandaVision’ Mean for the MCU

After eight episodes of confusion, excitement, horror, comedy, action, and a million fan theories to keep Kevin Feige amused well into Phase 20 of the Marvel Cinematic Universe, we now know the full story of WandaVision.

There was a fair amount of pressure on the first MCU Disney+ series going into the premiere in January, but Marvel proved yet again that it has the chops to deliver. Now that the credits have rolled, pausing of course for a couple of jawdropping stingers, we are left with questions, questions, and more questions — but also some evidence as to where the MCU goes next.

Read on to learn what the WandaVision finale could mean for the characters and the wider MCU.

SPOILER ALERT: This article contains spoilers for WandaVision and various parts of the MCU. Proceed at your own risk.

Teased in the penultimate episode, Wanda was finally officially given the Scarlet Witch moniker in the series finale and we saw her shrug on the elaborate costume — headpiece and all — straight from the comics. An updated look for modern audiences, her impactful entrance was one worth waiting for; fans have yearned for this since the character’s debut in Avengers: Age of Ultron.

Ms Maximoff even sported a badass new hood as she left the town of Westview, apparently having worked through her grief to arrive at acceptance over the loss of her family — though, as the post-credits scene shows, all hope might not be lost…

What happened to Billy and Tommy?

Both Billy and Tommy were created from chaos magic, so, once the Hex spell was undone, the two seemingly disappeared from existence. The post-credits scene, however, gave a huge hint that the characters will return in some form, as their distorted, disembodied voices can be heard asking for their mother’s help while an astral projection of Wanda scours the pages of the Darkhold (more on which below).

Considering Billy and Tommy become the superheroes Wiccan and Speed in the comics — strongly hinted at in the series with them donning versions of their comic-book costumes in the sixth episode, “All-New Halloween Spooktacular!” and both displaying corresponding powers — there’s a high probability this isn’t the last we’ve seen of the twins. Not to mention that the pair play major roles in the Young Avengers; a film?of which is almost certainly in the works.

What is the Darkhold??

The Darkhold, or the “Book of the Damned” as Agatha Harkness called it, is a mystical artifact whose pages are filled with the secrets of dark magic. A chapter is dedicated to the Scarlet Witch — as we saw in WandaVision — and potentially notes the character’s status as an extremely powerful Nexus Being alongside the extent of her powers.

In the comics, the book was written by the Elder God and former ruler of Earth, Chthon, who inscribed all his knowledge within its pages and used it as a physical link between Earth and wherever he settled in the cosmos. This looks to be setting up the character as an antagonist in Doctor Strange in the Multiverse of Madness, which we already know WandaVision leads directly into. Chthon was created before the Earth ever existed, so an appearance in November’s Eternals flick is entirely a possibility too.?

Interestingly, the Darkhold previously appeared in Agents of S.H.I.E.L.D., albeit with a completely different design. If anything, this raises more questions surrounding the canonical nature of that show — something Feige has been sketchy on in the past.

How does this tie to Doctor Strange?

Never forget that the MCU is clever. It’s likely that the missing book in the Ancient One‘s collection in 2016’s Doctor Strange was the Darkhold — all of which could play a factor in next year’s sequel.

Besides this, Agatha notes that Wanda will become “more powerful than the Sorcerer Supreme” (a title Strange currently holds), and his theme music can be heard over the post-credits scene. There’s also the small matter of astral projection. We see Wanda using the technique in the post-credits sequence, which instantly calls to mind Strange’s ability to do the same thing. Though not while his physical body fixes itself a cup of tea, as in Wanda’s case. All right, show-off.

Will we see Agatha Harkness return?

It’s heavily implied by Agatha that Wanda will require her help in the future. She tells Wanda: “You’re going to need me,” before Wanda promptly imprisons the witch in Westview as nosy neighbor ‘Agnes’. This similarly lines up with the comics, in which Agatha becomes a mentor for Wanda and is often associated with the Fantastic Four, both as the mother of villain Nicholas Scratch (we never did get that reveal of who much-discussed rabbit Se?or Scratchy really was; many fans thought it could be Nicholas Scratch in disguise — or maybe he was just a bunny) and nanny to Franklin Richards, a friend of the team.

So, that wasn’t Quicksilver from the X-Men universe?

The reveal of Evan Peters as Quicksilver at the end of Episode 5 set the internet ablaze as fans thought this could be the moment that Marvel incorporates the X-Men universe into the MCU. Other comic-book fans were certain the character must be the extra-dimensional demon Mephisto in disguise, or else Loki, or even sorcerer Modred the Mystic. Well, we finally found out his identity… Ralph Bohner! That’s right, no big bad. No multiverse connection. Just a simple pawn with an unfortunate name in Agatha’s grand plan.

Ralph Bohner is actually a homage to Richard “Boner” Stabone from 1980s US sitcom Growing Pains, which explains why he turned up in that era’s episode first. The wannabe Quicksilver gained superspeed via an enchanted necklace and is the infamous husband constantly referred to by Agnes throughout. Nothing worse than a Bohner in the wrong place at the wrong time.

Where did White Vision disappear to??

Two Visions enter the Hex, only one may leave. This complicated clash between the two synthezoids ended when Wanda’s recreated Vision posed the concept of the Ship of Theseus — a thought experiment that questions whether an object that’s had all of its components replaced remains fundamentally the same object — to his white doppelganger.

As anti-Vision’s purpose is to destroy Vision, and yet neither of them can claim to be the true Vision, White Vision simply scarpers, never to be seen again. Fear not, as we have a good feeling this isn’t the end.

Going off the comics, White Vision dons the human disguise of ‘Victor Shade’, allowing him to study the social normalities of humans before eventually rejoining Scarlet Witch as an Avengers colleague. There’s even a brief moment where Vision takes Captain Marvel herself, Carol Danvers, on a date (awkward!), so anything is really on the cards.

What’s next for Monica Rambeau?

Monica Rambeau went on quite the journey in WandaVision.?One might even say we saw her superhero origin story. The mid-credits scene sees a S.W.O.R.D. agent reveal themself as a Skrull to Monica, explaining that they were “sent by an old friend of your mother’s” and gesturing to the sky. The reference is to Nick Fury (Samuel L. Jackson) who we last saw in the post-credits scene in Spider-Man: Far From Home relaxing on a space station and who previously worked with Monica’s mother in Captain Marvel.?It certainly looks like we can bank on Monica and Fury working together in the future.

Teyonah Parris is confirmed to play the nascent superhero once more in Captain Marvel 2. And what a reunion it will be. Though Monica does allude to some tension between the pair in WandaVision Episode 5. Presumably, this relates to the superhero leaving Monica and her mother, Maria, and never returning…

Is Wanda now a fugitive?

While Monica appeared very friendly and was willing to overlook Wanda holding Westview and its citizens hostage, it’s hard to get past the sheer magnitude of the bad deeds she is responsible for. While she presumably licks her wounds at the same time as exploring her powers,?the character seems to have relocated to a remote location in the mountains… but maybe, just maybe she’s also hoping to evade capture. Whether the authorities will be holding Wanda accountable for her actions is yet to be seen.

When did WandaVision take place in the MCU timeline?

WandaVision takes place between Avengers: Endgame and Spider-Man: Far From Home. Specifically, it was confirmed in Episode 4 that Monica Rambeau returns to? S.W.O.R.D. three weeks after being snapped back into reality from “The Blip” (as it’s now come to be called in-universe), while Far From Home is set eight months after Endgame.

This means Wanda sparks the events of WandaVision approximately 21 days after Endgame, though how long the duration of her control of Westview was remains unclear. It’s also worth remembering that as a result of Endgame, the present-day MCU is currently set in the year 2023.

Where do the MCU and Wanda go from here?

Next up for the MCU is The Falcon and The Winter Soldier, the second original Disney+ series starring Anthony Mackie and Sebastian Stan in their respective roles. The six-part weekly show will premiere exclusively on the streaming service from March 18, 2021.

Elizabeth Olsen is slated to next appear in Doctor Strange: Multiverse of Madness, which is currently filming in London and will release on March 24, 2022. That said, there’s a good chance she will pop up in Spider-Man: No Way Home, as the latter is part of a ‘trilogy’ tied to the Doctor Strange sequel and WandaVision. Spider-Man: No Way Home is scheduled to launch in cinemas on December 17, 2021.

Shop WandaVision merch and dive into Marvel lore here,?and for more wholesome?WandaVision?content, click on the article below: