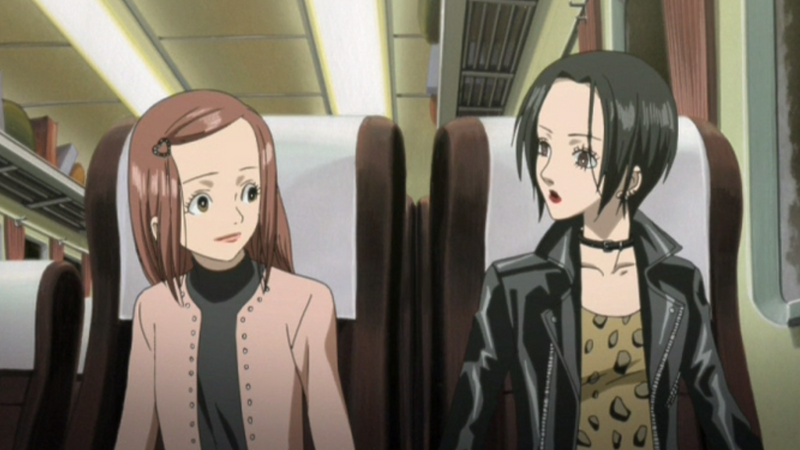 Why ‘NANA’ Is Essential Viewing For Anime Fans

Originally airing in 2006 and 2007 and adapted from Ai Yazawa’s manga of the same name, NANA is an anime series telling the story of two different 20-year-old women who share the name “Nana.”

One of them is Nana Komatsu (aka “Hachi”), a young woman who dreams of moving to Tokyo and having the ideal romance with her boyfriend Shoji. The other is Nana Osaki, who aims to move to Tokyo and make it as the lead singer of the rock band BLAST. When the two Nanas meet by chance, they end up becoming roommates and helping each other navigate the ups and downs of their respective lives.

After being unavailable to stream in the United States for more than a decade, it is now available to watch on Hulu after Sentai Filmworks relicensed the series last year. Here are reasons that the series is worth watching and rewatching (with plenty of spoilers, so be warned):

Although coming-of-age narratives are typically associated with adolescence, there is something to be said for the transitional period between adolescence and adulthood as well. For Hachi, she must learn to shed her teen na?veté about romantic love and learn to be independent. For Nana Osaki, she must learn to rely on others—despite her lonely upbringing—while proving herself as a rising rock singer.

By bringing these two young women together—first on the same train to Tokyo, and then again as roommates—the two are able to give each other support and guidance as friends. One particularly notable moment is when they have a heart-to-heart about their family backgrounds while visiting Hachi’s hometown to attend a concert and stay with Hachi’s family.

Adult friendships, especially friendships between adult women, feel all too rare in anime. One anime that shows influences from NANA is the series Carole and Tuesday. In this series, two young women living in a futuristic version of Mars aim to make it as a singing duo. Similar to the female leads of NANA, the titular Carole and Tuesday come from different walks of life, but manage to become friends and start to define themselves as music artists.

When we first see Hachi, she has quit her job in her small hometown in order to go be with her boyfriend Shoji in Tokyo. She drops everything to go buy a train ticket because she had been literally working towards the goal of being with her boyfriend, intent on finding happiness through romantic love.

Prior to meeting Shoji, Hachi’s habit of falling in love at first sight led her to a few crushes before falling for an older man named Takashi Asano. Nana K is taken advantage of due to her na?veté, the age gap, and the fact that Mr. Asano is a married man. After a months-long affair, Asano ends things when he has to move to Tokyo. This leaves Hachi emotionally raw and causes her to disguise her trauma as heartbreak until she meets Shoji while attending art school.

Shoji and Hachi briefly start out as friends before becoming a couple, and their romance seems to show further promise until Nana K arrives in Tokyo. Her unrealistic expectations for romance and her inability to consider other people’s feelings causes Shoji to distance himself from her and eventually cheat on her with a co-worker named Sachiko.

From then on, Nana K tries to fill the void of her loneliness by initially clinging to her roommate, and then Takumi, the leader and bassist of the rock band Trapnest. Her unhealthy relationship with the latter is somewhat alleviated with her friendship with Nobuo, the guitarist of Nana Osaki’s band BLAST. The contrast between how Nobuo and Takumi treat Hachi causes her to realize the kind of love she truly deserves. She also becomes a strong emotional pillar when an unexpected development forces her to choose between Nobuo and Takumi.

In contrast to Hachi, Nana Osaki has a calm and collected attitude, as well as a slight rebellious streak that belies emotional vulnerability. This is due to the fact that she had a very lonely upbringing; her mother abandoned her and her irascible grandmother raised her. In fact, her only friend in high school was a boy named Nobuo, who saw through her cold front and introduced her to punk rock music. However, Nana feels she can never truly get close to someone until she meets bassist Ren Honjo when Nobuo takes Nana to a concert.

When Ren decides to form a new band called BLAST with Nobuo and another friend Yasu, Ren asks Nana to be the lead singer. The band develops a strong following in Nana’s hometown as she and Ren begin a passionate romance. However, it ends when Ren is invited to join another band called Trapnest in Tokyo. Nana decides to stay behind and keep working towards her dream of being a rock vocalist and improve her skills by singing in the band BLAST for almost two years before she goes to Tokyo herself.

Once she befriends Hachi by becoming her roommate in Tokyo, she soon reunites with Nobuo and Yasu and reforms BLAST by adding a male bassist named Shin. Not long after, she also reunites with Ren when she and Hachi attend a Trapnest concert in Hachi’s hometown. From there, things get complicated when Hachi and Nana’s rock band romances and their individual lives cause Hachi and Nana to grow apart.

From the moment Nana and Hachi meet each other on the train to Tokyo, the two of them hit it off. Due to the train’s movements being slowed down by a snowstorm, the two decide to toast their meeting with beer and keep each other company until they finally arrive in Tokyo.

Another moment that occurs is Nana Osaki bestowing Nana Komatsu the nickname “Hachi,” which means “dog” in Japanese. She means it in a friendly way, though—Nana Osaki states that Nana K is like a dog due to her loyal nature and her need to be cared for.

Of course, no friendship is without its hardships. A wall gradually starts to build between Hachi and Nana as the latter attempts to make a name for herself as a rock singer and Hachi develops an inferiority complex. This culminates with Hachi attempting to keep her relationship with Trapnest guitarist Takumi a secret, straining her friendship with Nana.

Nana and Hachi are each surrounded by people who both support and hurt them. In addition to Nana, Hachi’s circle includes her pragmatic female friend Junko, Junko’s perceptive boyfriend Kyousuke, and Hachi’s ex Shoji.

Junko always gives Hachi “tough love” advice in order to encourage her to be more mature—and also gives Hachi fresh vegetables from her family farm. Kyousuke always senses when something is going wrong in Hachi’s life and tries his best to mediate things. Shoji acts as a harsh lesson for Hachi in terms of reciprocating romantic love.

Meanwhile, Nana’s support circle is rather small prior to meeting Hachi and restarting her band BLAST. As mentioned earlier, Nobuo became Nana’s best and only friend in high school and then later introduced her to Ren. In turn, Ren becomes Nana’s lover and temporarily her fellow bandmate until Ren moving to Tokyo to join the band Trapnest. Nobuo is loyal and kind, while Ren is playful and passionate.

Once Nana reforms her band BLAST and then later reunites with Ren, both she and Hachi gain new friends and romances in the form of BLAST’s band members as well as the rival band Trapnest. Notable characters not already mentioned are the good-natured Shin and the stoic older brother figure Yazu.

Starting with the anime’s first and most notable opening “Rose,” NANA’s music is integral to the anime’s storyline and gives a deeper meaning to the character arcs of Nana and Hachi. In particular, the chorus of “Rose” represents the internal states of both Nana and Hachi before they meet each other and their adjustment to living in Tokyo.

Translated into English, the lyrics from “Rose” that hold the most significant meaning are, “I need your love/I’m a broken rose/The sadness of your song falls down on me/My life is lonely and I’ve nowhere to go.” Both Nana and Hachi have a defeated yet hopeful spirit as they move to Tokyo and get used to living there. This song is especially significant to Nana as it ends up being the first song she sings upon reuniting with Nobuo in Tokyo and reforming BLAST.

Whereas “Rose” represents the brokenness of both Nana and Hachi, the anime’s first ending theme, “A Little Pain,” conveys how the characters are trying to heal and move on. Similar to “Rose,” the most notable English translated lyrics are in the chorus: “I’m sure all I have to do/Is pull in the thread that connects our hearts/So the person I was back then/Would open her eyes.” This expresses that even though both Nana and Hachi may feel alone, their new friendship shows otherwise.

AN ODE TO THE DIFFERENT KINDS OF LOVE

When some people think of love, they think of romance. However, NANA shows that different kinds of love are needed to have a satisfying life. Although Hachi pursues romantic love and thinks that it alone will make her feel happy, she ultimately realizes that the love of friends and her own self-love are equally important.

On the other hand, Nana has romantic love as well as a love of music that gives her passion and drive. She is strong-willed in that she will not sacrifice her dream of becoming a rock vocalist just to blindly follow Ren to Tokyo and wait for him to come home from concerts. Yet she also lacks platonic love that is eventually satisfied when she meets Hachi and then reforms BLAST in Tokyo.

Nana and Hachi also learn that the love they want isn’t necessarily the love that they need. This causes some problems between them and the supporting characters, but their bond still remains in spite of its challenges. This allows the two to mature as they try to patch things up and live their respective lives well. Their resilience as friends as well as individual characters make their stories stand out.

With complex female leads, a compelling cast of characters, and a soundtrack that will pierce your heart, NANA is an anime series that every anime fan should watch at least once. It shows that being an adult and going after your goals can be difficult, but the right love and support makes life worth living.

Latonya Pennington
Latonya P
I am a prolific pop culture freelance contributor who has written about comic books, video games, anime, and fandom for sites such as Newsrama, Into The Spine, and Anime Feminist. When it comes to video games, JRPGs are my jam.